Where Ted Cruz (and his logo) really comes from

It's most likely just a shoutout to the "world is on fire" religious fundamentalists.  The WaPo noted that it appears to be Pentecostal in origin.

Whether he (and the entire Republican party, for that matter) is doing so intentionally or not, constantly forcing the political discourse to the farthest right makes a small compromise -- like a Scott Walker or a Jeb Bush -- look moderate by comparison.  Thus Ted Cruz enables his competitors to point at him and say, "See? At least I'm not THAT crazy."

Take the most extreme conservative position on an issue, move over half a step, call your new position 'centrist'.  It might be an accident... but it seems like the plan. 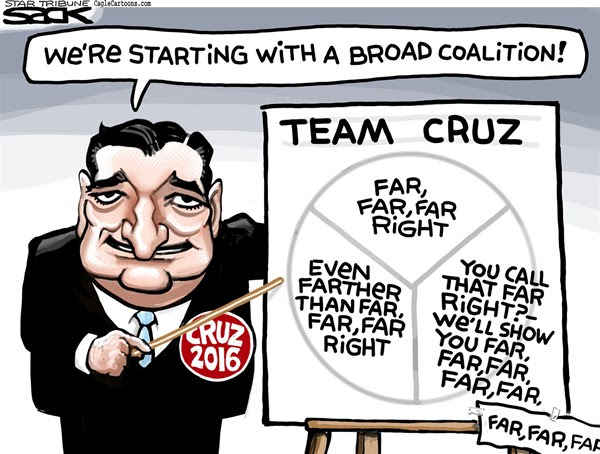 Meanwhile, in the Middle East, their world really is on fire.

To paraphrase Def Leppard: Armageddon it yet?
Posted by PDiddie at Thursday, March 26, 2015