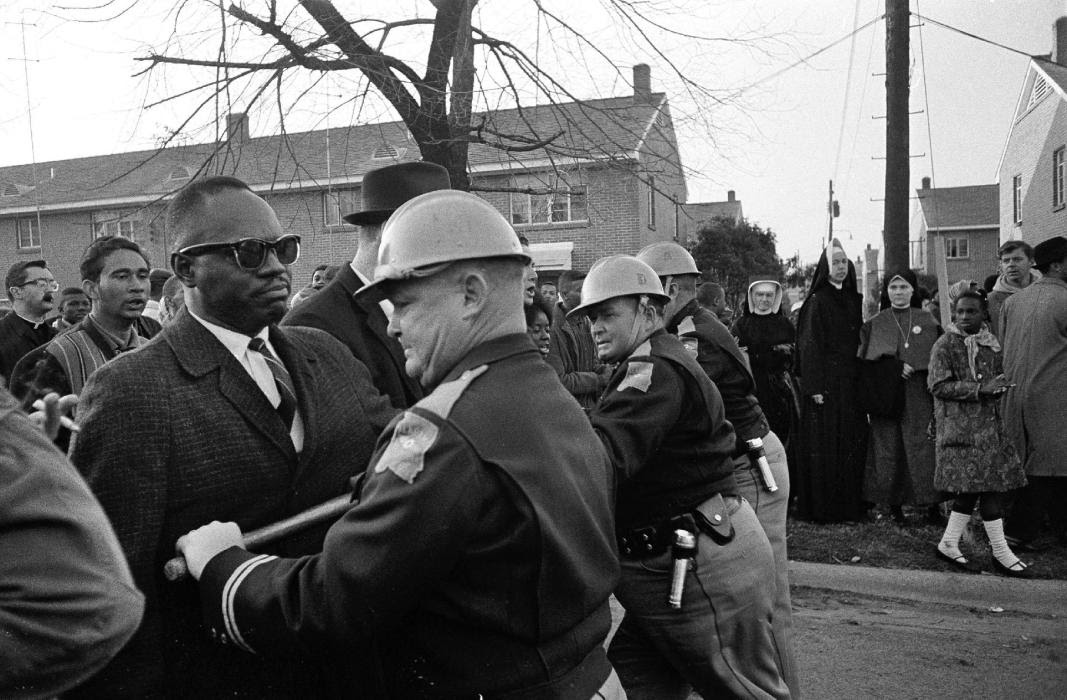 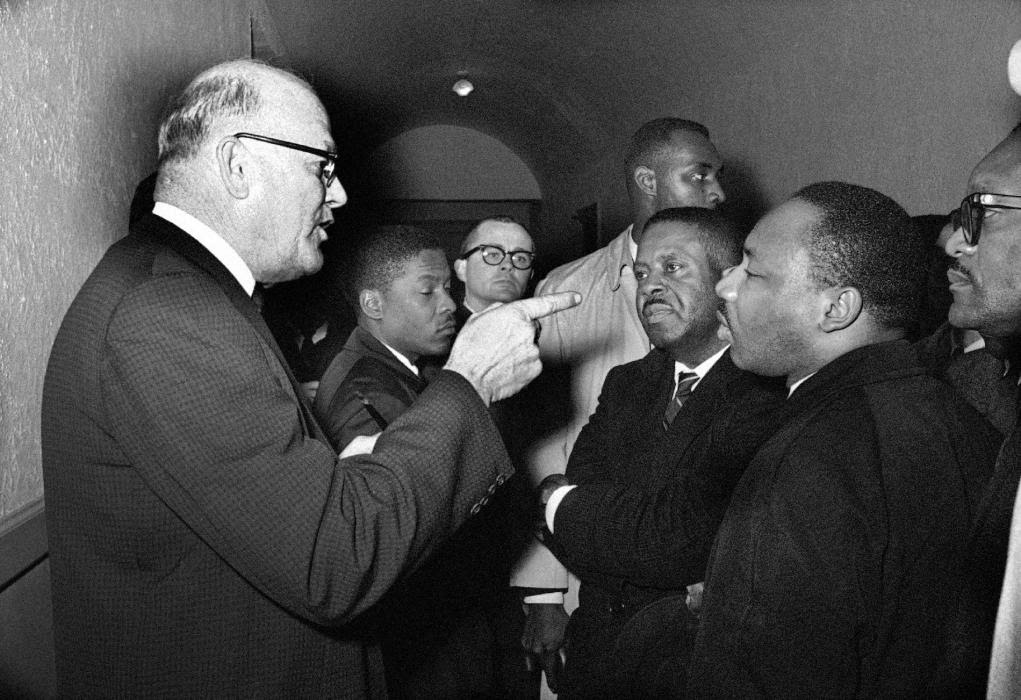 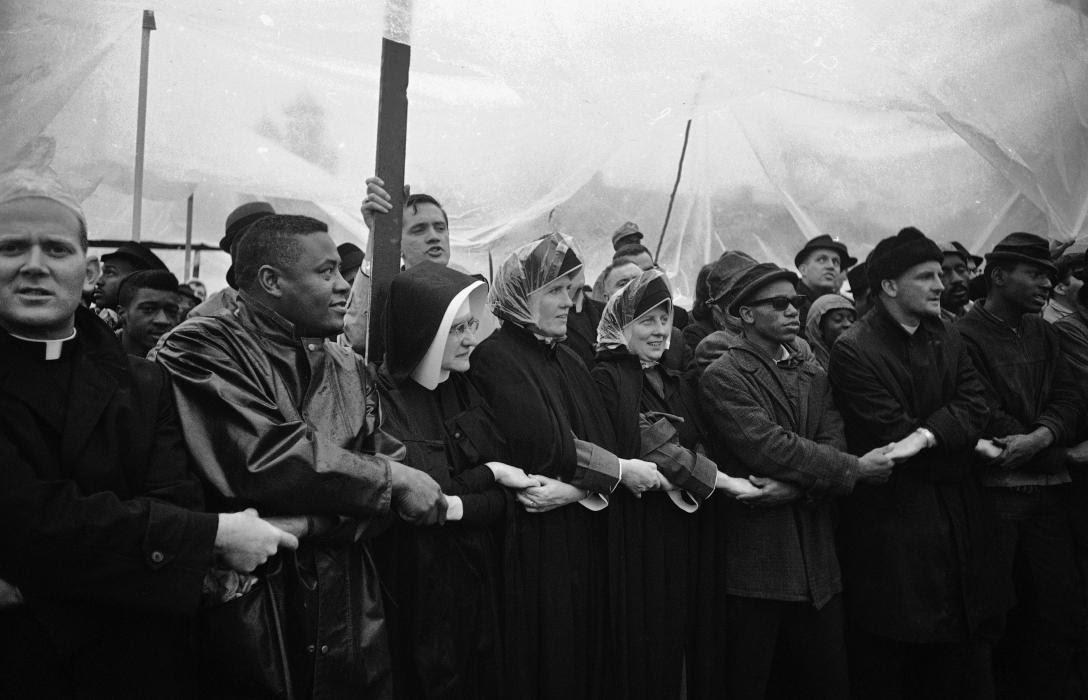 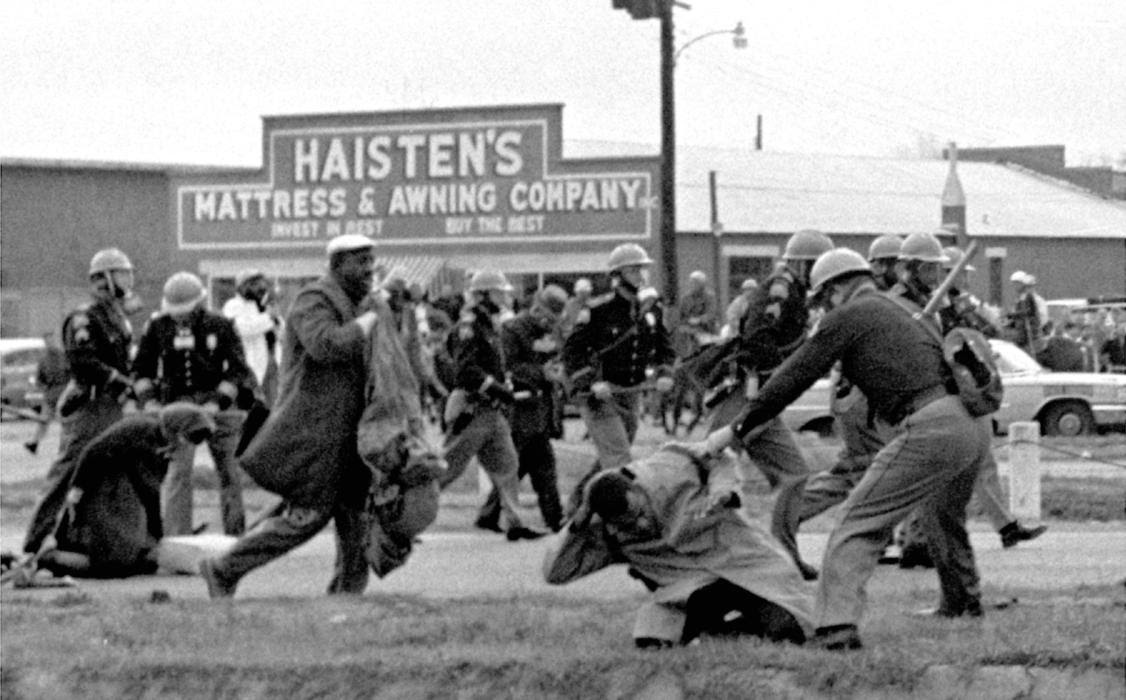 That's Cong. John Lewis, in the right foreground above, getting beaten. And below, in 2010.

The Edmund Pettus Bridge -- which the protestors crossed and where they were greeted by the Alabama state police with billy clubs and tear gas -- was named after a Confederate general and a Grand Dragon of the Ku Klux Klan.  He was also a United States Senator, serving two terms at the turn of the last century.  He was a Democrat, of course, before all the racists and bigots moved over to the GOP, a trend which took root in the 1954 Supreme Court decision known as Brown v. Board of Education, and began in earnest after LBJ signed the Voting Rights Act in 1965.  The Southern Strategy was employed by Barry Goldwater in 1964, but weaponized by Richard Nixon and George Wallace in 1968, and accelerated further during Ronald Reagan's terms, helped along by his political strategist, Lee Atwater. 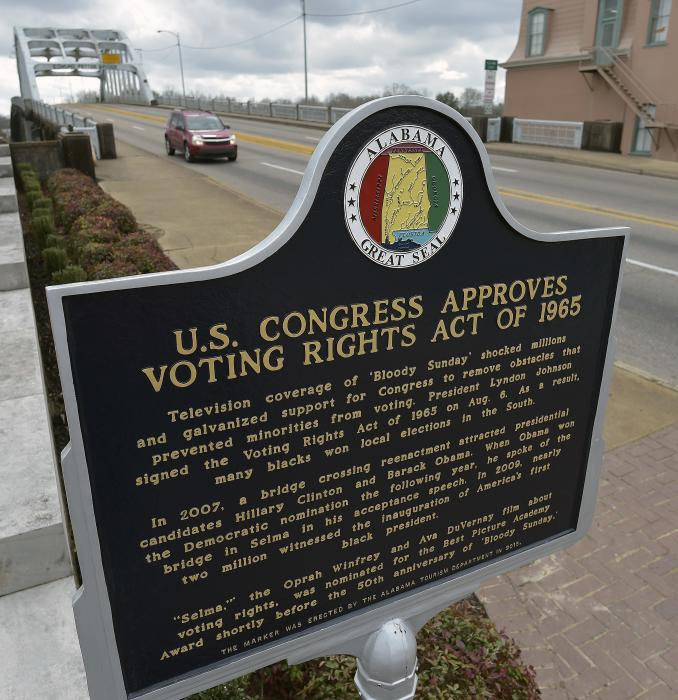 And now you at least understand why there will be no Republican leaders -- well, one current leader, it seems, and a few other members of Congress, and W and Laura Bush --  in Selma today.

There will likely be hundreds, perhaps thousands, who will commemorate and recreate the march across the bridge -- but not the televised police assault at the bottom of it, which shocked a nation into action.  And just an hour to the north of Selma, in Shelby County, they aren't really celebrating.  There isn't much to celebrate in Ferguson, Missouri either -- yet -- nor in Madison, Wisconsin, where another unarmed black teenager was shot and killed by police.  On #BlackOutDay.

How long?  How long must we sing this song? 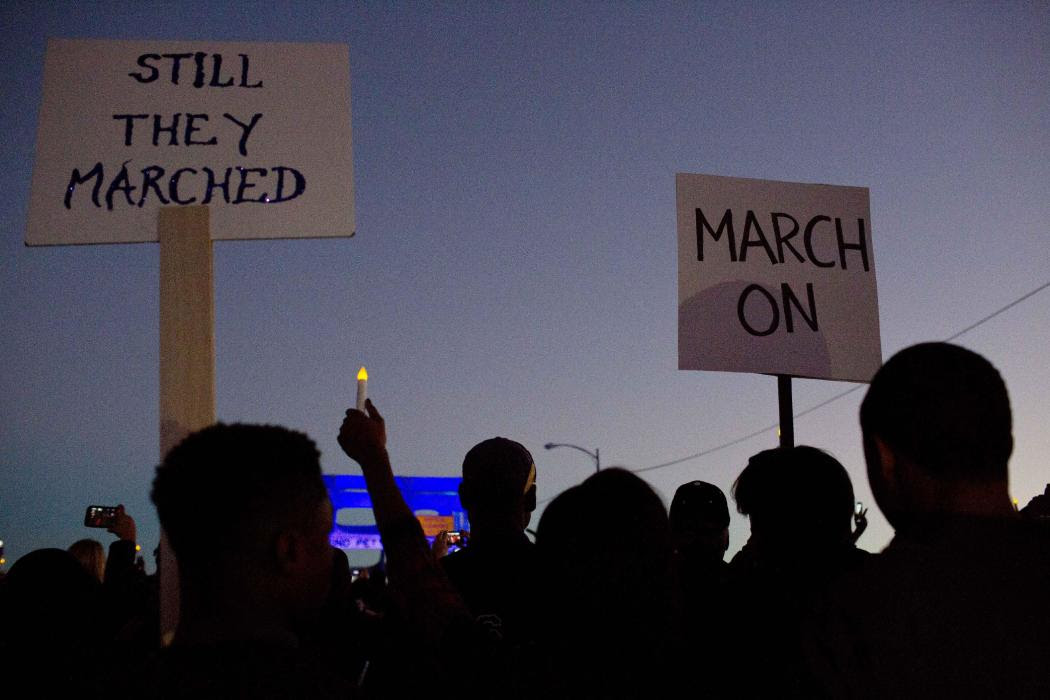 TransGriot with more.
Posted by PDiddie at Saturday, March 07, 2015