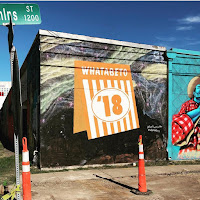 It was a close contest all night, as both men spoke rapidly, sweated profusely (Ted guzzled more water than Brett Kavanaugh), and lashed at each other like a couple of guys with bullwhips.

Yes, Beto brought the boxing gloves, although there were only a few knockdown punches thrown by the challenger.  Ted's smirks, snorts, and chortles were his defense.  This review summarizes the conservative POV as well as any I found: accurate in its description of Cruz's obnoxious condescension, amiss in its interpretation of how the Cuban Canadian's authoritarian demeanor goes over with anyone not a MAGAt.

Just consider the stunning hypocrisy of the Zodiac Killer's close.


Ted Cruz devotes his closing statement to painting a fear-mongering nightmare picture of all the horrors a vote for his opponent would bring and then bizarrely asks “Do we choose fear, or do we choose hope?” What?
— Kevin M. Kruse (@KevinMKruse) October 17, 2018


Also painfully unaware of the studio's lighting away from his podium.


Ted Cruz stepped into the stage center for his closing statement. The lighting says he shouldn’t have. #TexasDebate pic.twitter.com/b5Wisay54d
— Josh Klemons (@jlemonsk) October 17, 2018

Yes, Ted Cruz is as tough as Texas a stale bag of shitty out-of-state hamburgers.  A man who eats his own boogers (when he's not eating Trump's ass, that is) but who cannot stand the taste of avocados is simply not someone to be trusted on his culinary decisions, to say nothing of his judicial or legislative ones.  We have nevertheless been blessed by Jeebus with all three of these wisdoms for the past six years, and if that's not enough to convince you that there is no God, you aren't open to persuasion.

When the local Fox affiliate loses you, you've lost.

I simply don't have confidence -- as many of you are already aware -- that Beto will represent my interests often enough to give him my vote.  I just can't bear to watch him be more Joe Manchin than Bernie Sanders should he make it to Washington.  For many of you reading this, he's good enough, so good on ya.  Like most of our options this election year, "not the GOP" comes up aces more often than not.  We're all going to make as best of the situation as we can.

Last night a poll revealed the numbers may be tightening back up, so that development bears watching.  Here's some related reading.

Scott Braddock at QR: Beto learns to make a fist

With respect to tomorrow night, two updates about whether it will be Beto-only or that Cruz will join.  From RG Ratcliffe at Texas Monthly (first link, top) with the CNN Tweet embedded (via Patrick Svitek at the TexTrib).

This likely was the final debate between Cruz and O’Rourke. CNN is hosting O’Rourke to a town hall in McAllen on Thursday. Cruz turned down the offer of one of his own, but asked Tuesday if the Thursday event could be converted into another debate. CNN officials said the network would agree if O’Rourke would. Since Cruz at the close of this debate referred to it as their last, that does not appear to have worked itself out.