The Texas Progressive Alliance feels a little warmer even than usual this summer ...


... but unlike John Cornyn, does not feel like joking around about it.


Opening this week's edition of the best of the lefty blogs and news from around our Great State, we focus on several items of note regarding the changing of the guard at the Texas Legislature.

Rep. Jessica Farrar (D-Houston) announced she would resign effective September 30 and not seek re-election. Farrar, serving her 13th term, is the 7th-most senior member of the House. She is the fifth member who served during this year’s session to either announce their retirement or resign, joining former Rep. Eric Johnson, who was elected mayor of Dallas, and Republicans Jonathan Stickland (HD-82, Bedford), John Wray (HD-10, Waxahachie) and John Zerwas (HD-28, Richmond), who is also resigning effective September 30.

“Life brings change,” Farrar said in a statement, citing family health concerns and “our desire to do other things while having the good health and being of an age to be able to do” them.

Farrar said she timed her announcement to give Gov. Greg Abbott the opportunity to call a special election to coincide with the November 5 general election, which is also the date of Houston’s municipal elections. Abbott has already done this for HD28.


TXElects also reports that Houston anesthesiologist Anna Allred established a campaign committee for a potential run for the seat being vacated by Zerwas; that Dallas resident Brody Mulligan did the same for the seat being left open by Stickland, likely as a Green Party candidate; and that Houston ISD board member Elizabeth Santos announced she would explore a bid for Farrar's seat.  TXElects also brought news that SBOE member Ruben Cortez announced a primary challenge to state Sen. Eddie Lucio, the second of two to take on the state Senate's most conservative Democrat.


How Dennis Bonnen became the target of a lawsuit; a potential Texas Rangers investigation; and of the right, left, and middle. https://t.co/X9BeImDyVq #txlege
— Texas Observer (@TexasObserver) August 17, 2019


Scott Braddock, at the center of the Bonnen-MQS drama, expounds on the turgid saga.


After rumblings earlier this week that the RNC is quite unhappy about the Speaker @RepDennisBonnen situation and awkward moments at ALEC in Austin followed by the resignation of @Burrows4TX as GOP Caucus Chair, the story goes national: "Except there was a tape..." #TxLege https://t.co/KXXbGoAzN7
— Scott Braddock (@scottbraddock) August 16, 2019


SocraticGadfly agrees with ACLU of Texas and others that Abbott's anti-terror task force has an anti-immigrant problem, but can't understand why the ACLU didn't also call Abbott out for being anti-First Amendment.

And 'Texodus' continues to be examined in media outside the state, as more Republicans begin to see the main reason why the tide is turning against them.

"The narrative that Hispanics will turn Texas blue may eventually happen, but that's not moving as fast as the fact that college-educated whites are telling us they don't like Donald Trump," O'Connell said.


But there are plenty of Congressional GOPers who plan on riding on Trump's coattails, for better or for worse, in 2020.  Dan Crenshaw, for one (who can still manage to irritate both left and right simultaneously).  He's building his brand as a 'straight shooter'.  Michael McCaul, on the other hand, is trying to avoid being tarred by Trump.

(McCaul's) buttoned-up style could not have been more different than his party's leader. He said he preferred the approach of a "statesman that doesn't have to get on TV by saying crazy stuff." And he said he still viewed public service as a "noble profession" that can make the world a better place. "I don't associate myself with the rhetoric on both sides of the aisle." ...


At least three Democrats want a shot at the Clear Channel/iHeart media heir in 2020: Mike Siegel, who almost knocked him off last year, and two others.

Siegel, physician Dr. Pritesh Gandhi and Shannon Hutcheson, a lawyer whose clients include Planned Parenthood, are all vying to be the Democratic nominee to take on McCaul. Democrats are confident that the mix of Trump at the top of the ticket, fundamental demographic changes and a message centering on health care and protecting the Affordable Care Act will flip the seat.

The Democrats also don't think McCaul is well-known even after winning eight terms in office and call his claims of a reinvigorated field campaign overblown. According to a copy of McCaul's schedule of the past two weeks obtained by CNN, the congressman had one door-knocking event but canceled it. When CNN toured the block, which included a home hoisting a Trump flag out front, a couple potential voters said they didn't recognize McCaul's name, but they would vote for him so long that he was Republican.

Democrats pledge to out-work McCaul since they can never out raise him; he's one of the wealthiest members of Congress. In the stifling August heat one recent evening in Austin, Hutcheson took her two daughters and brother-in-law to knock on dozens of doors. Hutcheson described her pitch as a mother motivated to run by the election of Trump and the desire to finally give women a seat at the table.


Kuff would love to not have to address the "Beto should run for Senate!" question any more, but today is not the day that will happen.  PDiddie at Brains and Eggs counted the number of Democrats actually running to be the one to beat Cornyn in 2020, and came up with more than five.  And The Grio noticed that Beyonce's mom is a fan of Amanda Edwards.

It's not often Texas livestock get two mentions in one Wrangle, but that's the case this week as Lara Korte at the TexTrib passes along the concerns of ranchers and others who say that plastic bag bans have the unintended consequence of killing their cattle, sheep, and horses. 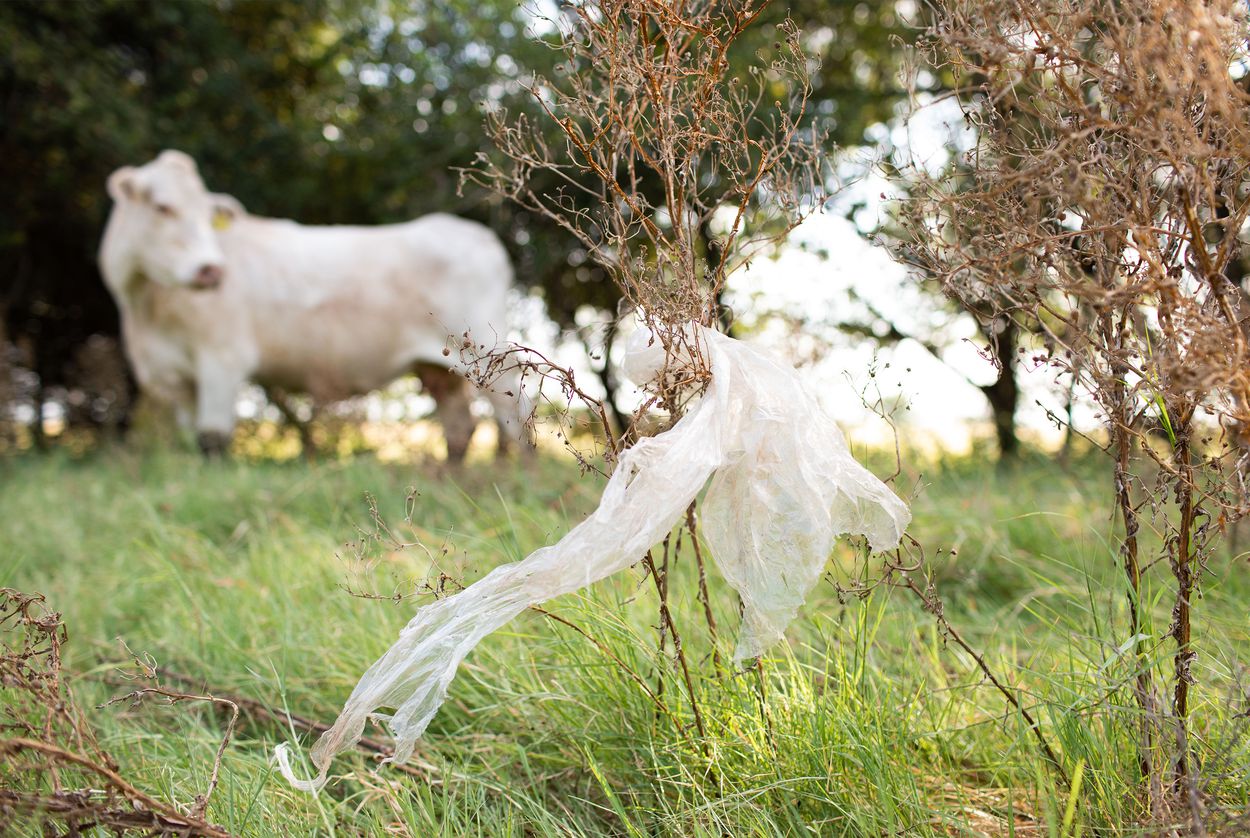 Kristie West was driving down the highway in rural South Texas when she saw it.

The drive from her ranch to the nearby town of Poth was usually uneventful. But on that day in 2017, West saw something that made her slam on the brakes of her pickup.

A white plastic bag had flitted into a horse pen behind a house where a young palomino was grazing. Someone who doesn't work with livestock probably wouldn't have thought twice about it. But West trained horses, and she knew the colt would treat the bag like a toy.

She quickly pulled into the yard and raced to the front door. A man answered.

“I said, ‘Do you care if I run out to check on your horse?'" West recalled. He said it was fine. "That’s all I said. I ran behind his house just as the horse took off running."

When West got to the pen, the colt had already swallowed the bag, and she could see that he was suffocating. He then bolted, jumping a barbed wire fence. West ran after him. But she was too late.

“He was dead," she recalled.

The prevalence of such incidents has prompted states and cities across the country to enact regulations to curtail the use of plastic bags, which can suffocate and cause fatal digestion blockages in livestock and wild animals. But in Texas, the regulation of plastic bags -- grocery or otherwise -- is all but nonexistent, and recent developments indicate it will remain that way.


And as plant-based proteins become all the rage, Meredith Lawrence at the Dallas Observer reports that the state's cattlemen are pushing back, particularly against a UN climate report that shows beef cattle production is harmful to the planet's environment.

“It’s incorrect, and frankly irresponsible, to compare U.S. beef production with global numbers, as the way beef is produced in the U.S. is not the same as the rest of the world,” said Carmen Fenton, director of communications for the Texas Cattle Feeders Association.


David Collins applauds the millennial generation's focus on climate change, even if they still lack some understanding about political parties outside the duopoly.

A couple of stories about criminal justice matters: Scott Henson at Grits reviewed the NYT's most recent 1619 Project piece on the intersection of slavery and prisons, tieing in the Imperial Sugar plantation/prison system in Fort Bend County.  And Neena Satija at TM broke down how the unchecked authority of the state's judges keeps poor Texans oppressed.

Even as the state's demand for electricity set new records during last week's heat wave, Texas Standard took a look at what might happen for energy prices and production if our quiet-so-far hurricane season suddenly fired up.

The #HoustonCityHall lawn is packed with @MomsDemand volunteers from the greater Houston area, gathering for the #RecessRally. Spring/Woodlands is representing! We do not have to live with gun violence! #TXLege @SylvesterTurner #KeepGoing pic.twitter.com/7MYApEkeBi
— Embee Persists (@TXMomsPersist) August 19, 2019

This week, we showed ALEC that corporate interests don’t belong in TX!

This was all b/c of Texans like YOU who showed up, signed our petition, and organized.

Together, we will kick out corporate interests and take back OUR state 👊#BlockALEC #txlegehttps://t.co/S0ibKW4THZ
— Progress Texas (@ProgressTX) August 17, 2019


This week's Wrangle has a variety of less-than-hard news:

Cat Cardenas at Texas Monthly reflects on what it means to be Latinx in the wake of El Paso.

Christopher Collins at the Texas Observer joined Panhandle artists and art lovers in saying goodbye to the Amarillo Art Mall. The Texanist answers the question many have asked: "Are the Marfa Lights over-rated?"

Michael Simmons -- whose father published National Lampoon magazine -- has another eulogy of Paul Krassner, who wrote for the famed comedic publication -- at The Rag Blog.

And Vivian Callier at The Rivard Report went underground to examine some species of cave-dwelling blind catfish and salamanders in the Hill Country, under threat because of a proposed sewage treatment plant.

The Texas Commission on Environmental Quality will hold a public meeting about the plans to build the sewage treatment plant on Aug. 20 at 7 p.m. at the Rahe Bulverde Elementary School in Bulverde. Members of the public can submit comments and ask questions about the proposed project.