The Texas Progressive Alliance mourns the carnage in El Paso (and Dayton, OH).

Unlike Governor Abbott -- who'd rather not talk about it -- or Lieutenant Governor Dan Patrick -- who at least isn't blaming doors this go-around -- Texans will be taking action on our state's out-of-control gun crisis quickly.  The white nationalist problem will take a little longer. 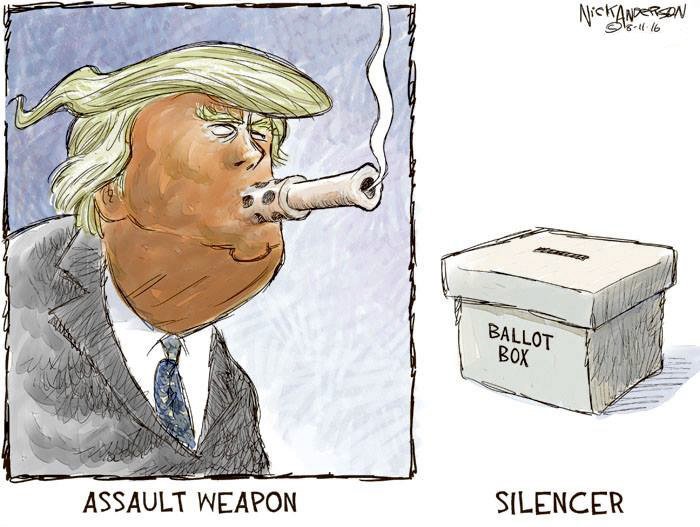 Lone Star Congressional GOPers are rushing for the exits.

The New York Times’s Jonathan Martin reported that U.S. Rep. Kenny Marchant (R-Coppell) is expected to announce his retirement (today), which would make him the fourth Texas Republican in Congress to forego seeking re-election in less than two weeks. He would join U.S. Reps. Mike Conaway (R-Midland), Will Hurd (R-San Antonio) and Pete Olson (R-Sugar Land).


Texas Republicans are trying to make some lemonade.

“Of course, it’s hard to lose strong incumbents, but there is good reason for optimism: it will create a needed sense of urgency beyond the GOP and the base that will be critical to keeping Texas red and reminding Democrats that their movement toward socialism has no place in the state,” said Catherine Frazier, a veteran of the Rick Perry and Ted Cruz political operations.

“These open seats are a great opportunity to put our best candidates forward, to instill a shot of energy to Republicans statewide and lay waste to the tens of millions national Democrats will spend in a futile effort to win Texas,” she added, echoing many of her colleagues.


But Texas Democrats are cackling with glee at 'Texodus' and mocking the GOP reaction to it.

“What’s necessarily good for Republican consultants may not be good for the size of the Republican conference come January 2021,” said Avery Jaffe, a spokesman for the House Democratic campaign arm.

“Jerry Jones should check on his stadium because that is the most shameless incident of moving the goal posts Texas has ever seen," he added.

“That is complete spin,” said Abhi Rahman, a spokesman for the Texas Democratic Party. “It’s something where everybody knows it’s easier to run with an incumbent than with an open seat.”


Sophia Tesfaye at Salon suggests 'Texodus' may offer the opportunity to finally change our nation's gun laws.  And Stephen Young at the Dallas Observer is celebrating the entrance of the original Trump Republican into the race to replace Marchant.

Shifting to the Donkey race for president, PDiddie at Brains and Eggs previewed and recapped the two nights of #DemDebates last week, so his usual 2020 Update focused on the weird antics of presumed Libertarian front-runner John McAfee.  SocraticGadfly called out the cult of the #TulsiTwerkers.  Dos Centavos is ready for the Dem presidential field to be winnowed down.

With all of these developments, it was easy to forget that one of the largest US refineries, the Exxon olefins plant in Baytown, exploded and burned for several days.


And that the Dallas Morning News won their three-year court fight to get the body cam videos which revealed that DPD officers "accidentally" murdered a homeless man who had summoned them for assistance.  They also stood over his lifeless body and made jokes.

We have verified with law enforcement officials in Galveston, that the photograph taken in Galveston is real. It is hard to understand why these officers felt this young man required a leash, as he was handcuffed and walking between two mounted officers. pic.twitter.com/bEFZnn4qmH
— Adrienne Bell (@AdrBell) August 5, 2019


And Grits for Breakfast finds the irony in the arrest of DPS' former chief of intelligence.

In the latest on Houston's municipal elections, the self-appointed, self-absorbed arbiters of all things neoliberal and Democratic held their day-long endorsement quarrel meeting on Saturday. 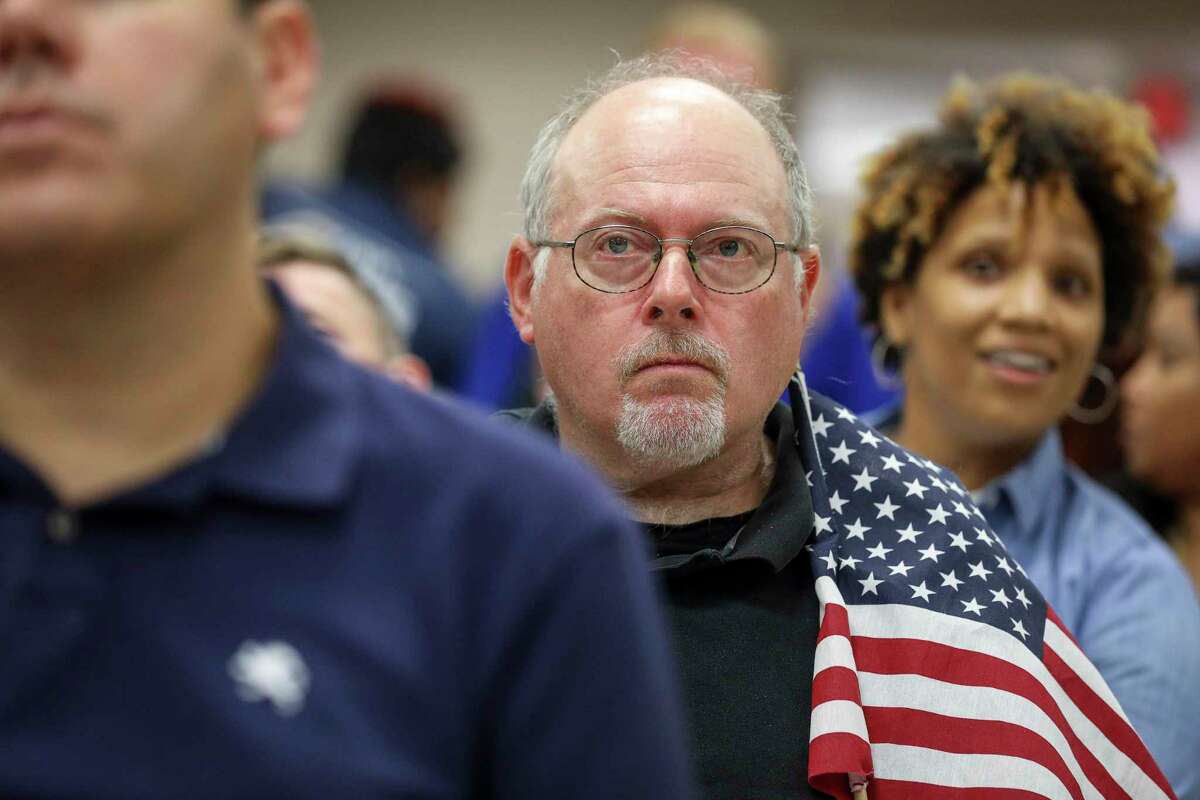 Neil Aquino, center, listens to political candidates speak to members of the Houston GLBT Political Caucus on Saturday, Aug. 3, 2019, in Houston. “There are so many issues of social justice, topped off by climate change,” Aquino said.
“You’ve got to be strong for the fights ahead.”

Mayor Sylvester Turner won the endorsement of the Houston GLBT Political Caucus Saturday, overriding a recommendation from the group’s screening committee to not back any candidate.

The endorsement concluded a feisty seven-hour meeting that stirred up divisions among caucus members over race, gender and whether the group should favor LGBTQ candidates over straight candidates who the group considers “allies.”

Also at issue was the caucus’ enthusiasm for Turner, a longtime Democrat who received its endorsement in 2015. Several caucus members, including those who screened mayoral candidates, raised concerns about Turner’s strategy to buy caucus memberships and alleged he did not have a clear vision for implementing an equal rights ordinance.

The group nonetheless voted overwhelmingly to back him, with some members vouching for Turner’s LGTBQ advocacy amid allegations from some members that Turner’s actions did not match his campaign rhetoric.

“I don’t think he deserves the endorsement of the caucus, because he hasn’t been for us, period,” said Ashton Woods, a candidate for the open At-Large 5 seat on City Council.

Woods said he block walked for Turner in 2015 but was disappointed the mayor did not do more to help the city’s homeless population.

Complicating Turner’s path to the caucus’ endorsement was former councilwoman and caucus president Sue Lovell, who launched her campaign for mayor last month.

“This is about you, and who do you trust? Who do you think will advocate for you?” Lovell told the caucus, before taking a swipe at Turner’s record on LGBTQ policy. “You know and I know that you want someone advocating for you. That is me.”

Though caucus members generally voiced support for Lovell’s long history with the group and said she would be a strong ally atop city government, at least one candidate screener raised questions about the viability of Lovell’s campaign and alleged she did not have a “cohesive vision.”

Meanwhile, the caucus decided Councilman Dwight Boykins, another candidate for mayor, was not eligible for the endorsement because he did not attend their candidate screening process.


Mich more on this topic in the days to come.  The filing deadline for city elections is in about two weeks.  Meanwhile, Nonsequiteuse went treasure hunting in the COH campaign finance reports.

The TSTA Blog stands up for the idea of a state income tax.

Paradise in Hell wrote what is now a museum piece about the DNI director that wasn't.

GateHouse Media, a chain backed by an investment firm, is buying USA Today owner Gannett Co. for $12.06 a share in cash and stock, or about $1.4 billion. The combined company would have more than 260 daily papers in the U.S. along with more than 300 weeklies.


A Waco man faces potential jail time after sending a chocolate penis to the office of his former girlfriend's ex-husband -- who worked in the county sheriff's department.  (Photo at link NSFW)

According to the Waco Tribune-Herald, (Thomas Roy) Gourneau mailed the edible genitalia to Tracy Chance's office at the McLennan County Sheriff’s Office in December 2017. Chance responded by subpoenaing Gourneau's financial records -- presumably to prove that he was the dick-sender -- and Gourneau was arrested and charged with misdemeanor harassment in December 2018. He was released from jail after posting $2,500 bond.

Gourneau has turned down a plea deal and the offer of a "pretrial diversion program," so the two men are going to court, where Gourneau could still face six months in jail and another $2,000 in fines.


Finally, the San Antonio Current has a good list of Texas-based chain restaurants that don't suck. You've probably eaten at a lot them already.
Posted by PDiddie at Monday, August 05, 2019