Come clean or get out of the race, Hillary

Hoo boy, this is going to piss some people off.  From Ron Fournier at the National Journal (who, like Chris Cillizza at the WaPo, is coming to be loathed in certain center-left circles)...

Tell her: We can’t have an­oth­er day like this.

Story 1: The State De­part­ment con­firmed that Clin­ton turned over her email only after Con­gress dis­covered that she had ex­clus­ively used a private email sys­tem. Ac­cord­ing to The Wash­ing­ton Post, the de­part­ment first con­tac­ted her in the sum­mer of 2014, at least three months be­fore the agency asked Clin­ton and three of her pre­de­cessors to provide their emails.

Again, she hasn’t been telling the truth.

It's all NOT a big nothing.  The refusal to accept reality by Clinton supporters is truly the most dangerous thing to the prospects of Democrats holding the White House in next year's election.  Frankly it is similar to the way Republicans deny climate change.  Or evolution.

Let's give the Fournie-haters their due here.  Sometimes the guy -- like too many others -- can't help himself.  He steps in the same holes that David Brock does, applying smeared paint jobs to people.

For Demo­crats, this is an op­por­tun­ity wasted. A crowded GOP field has been taken host­age by a celebrity bil­lion­aire with a his­tory of bank­ruptcies, sex­ist be­ha­vi­or, and ra­cially of­fens­ive state­ments. Lack­ing a firm grip on policy or the truth, Don­ald Trump is the GOP front-run­ner. His closest com­pet­i­tion, Dr. Ben Car­son, said Sunday he didn’t think a Muslim should be pres­id­ent, and his ef­forts to clean up the con­tro­versy have been as ham-handed as they are dis­hon­est.

Both Jeb Bush and Hillary should hold a joint press conference, alongside his brother and her husband (read this, please), and announce together that they are giving way to the next generation of political leaders.  A group which does not include their children.

Actually I do, Ron.  She'd have a much better shot at getting something significant done if she had a Democratic Congress, of course, and the powerful greed of capitalist sociopaths like Martin Shkreli are formidable opposition, but any step in that direction is progress.

She might fall short but it probably won't be due to capitulation, not in the way Obama folded on single payer and the public option within the legislation that bears his name.  He caved too early to the capitalists himself, you see. 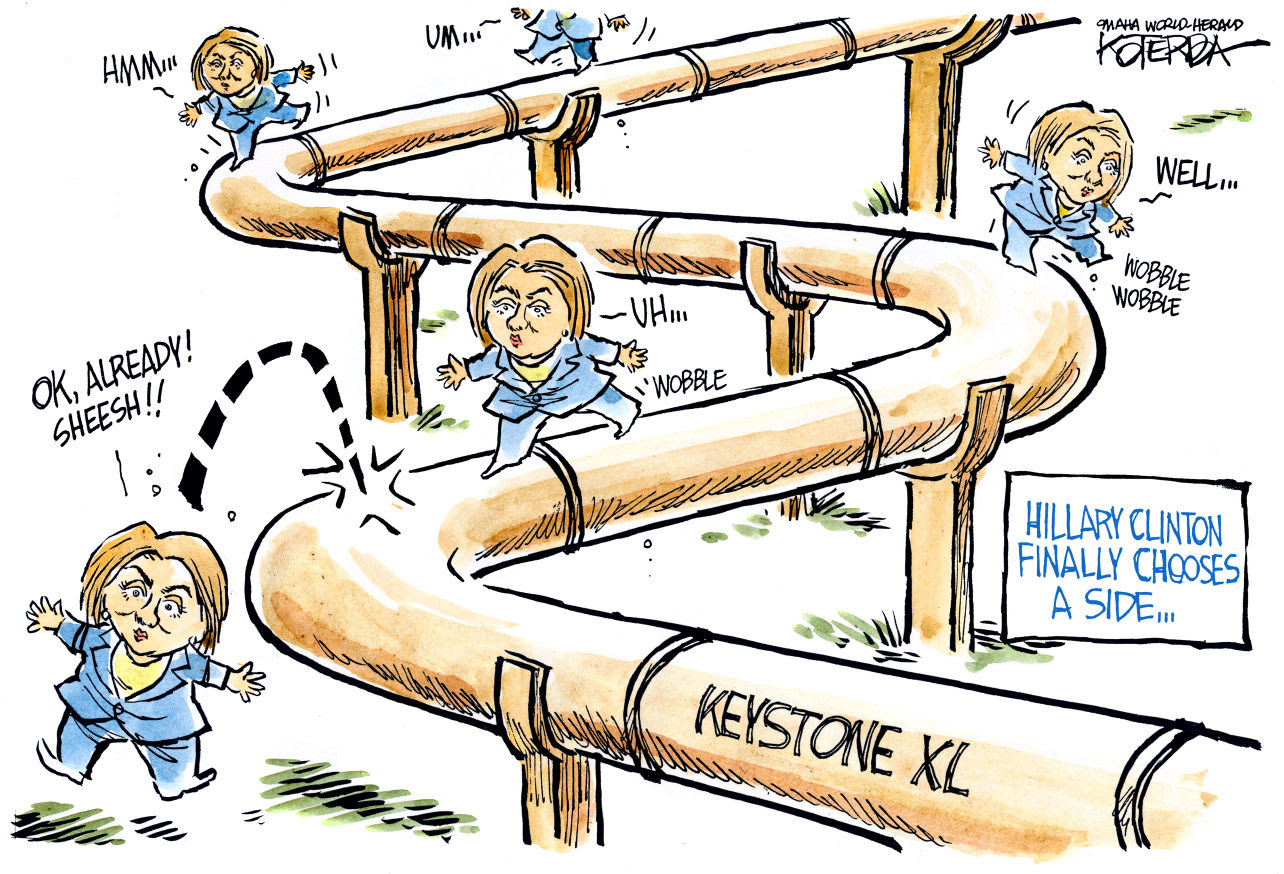 A flip-flop in the proper (not right but left) direction.  This is exactly what some of us who are supporting Bernie Sanders had hoped to achieve.  Drag her -- kicking and screaming if we have to -- toward real progress.