The Texas Progressive Alliance hopes that everyone made it through the blood moon apocalypse as it brings you this week's roundup. (Assuming we're all still here to read it.) 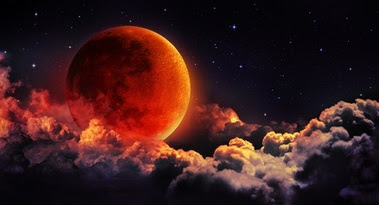 Off the Kuff comments on the first poll of Texas we've seen in awhile.

Libby Shaw at Texas Kaos, and contributing to Daily Kos, notes that George P. Bush is a predictable clone of his father and uncle. It's all about him and his cronies. Texans should be wary. George P. Bush: A Chip Off of the Old Block.

Socratic Gadfly has a two-fer on Texas-related big business smackdowns. First, he compares VW to Blue Bell, without being sure who loses more in that. Second, after yet ANOTHER recent flight delay, he bitches about Southwest becoming more and more just another legacy airline.

With seven million bucks to spend and a Houston mayoral race that's putting people's feet to sleep, the Houston Chronic excitedly reports that the campaign air wars are about to begin. PDiddie at Brains and Eggs points out that this is just one of the signs of a dysfunctional political system.

Texas Leftist asks: is affordable housing the next great challenge for Houston?

Dos Centavos advances the Festival Chicano in Houston this weekend.

TXsharon at Bluedaze blogged live from the EPA hearing in Dallas.

Neil at All People Have Value took a picture in downtown Houston that suggested the important place of just plain luck in our lives. APHV is part of NeilAquino.com.

Trail Blazers was in the Austin courtroom when a Texas judge blocked the state's cuts to Medicaid therapy.

Eric Berger shows us what Sunday's lunar eclipse would have looked like if we saw it from the moon.

Mike Barajas discovered in a recent court filing that the state of Texas is officially dealing drugs.

Prairie Weather -- via Political Wire via Politico -- learned that Pope Francis, Elton John, and Janet Yellen have all snubbed the Clinton Foundation recently because of.. well, you can probably guess.

Joe Deshotel collects some of the free-range thoughts of Louie Gohmert on the next speaker of the US House.

The Rag Blog has the details on De Novo, a documentary play about immigration, coming next month to UT-Austin.

Carol Morgan flashed back on a week of moral epiphany, immoral extortion, and dangerous rhetoric.

GOPLifer thinks the Texas Model -- where the Speaker of the House is elected with bipartisan support -- might work well in Congress, too.

Greg Wythe wonders when the campaign for Houston mayor will begin.

Glenn Smith notes that the late Yogi Berra was a beneficiary of birthright citizenship, which many Republicans like Ted Cruz would like to rescind.

And Fascist Dyke Motors believes in everything, but nothing is sacred.
Posted by PDiddie at Monday, September 28, 2015