If you read yesterday's predictive analysis, and then watched some of the proceedings (or better yet, followed it on Twitter) then you know things went pretty much according to script. 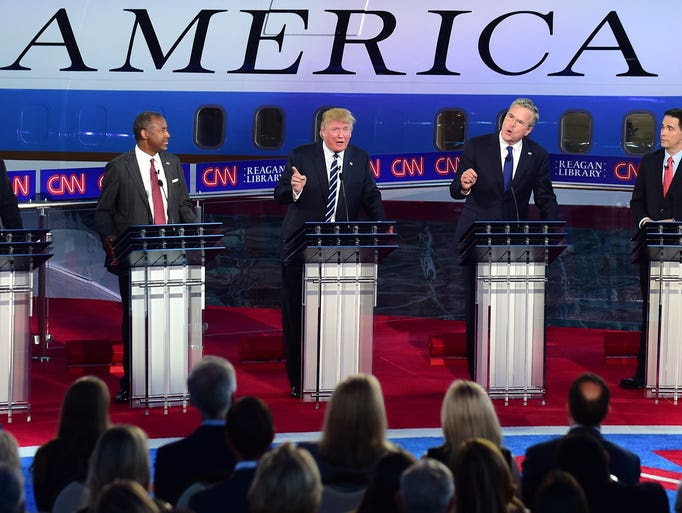 Trump got beat up.

But whether it was the rattled moment after Jeb Bush dinged him for trying to buy his way into the Florida casino business or when he sputtered through what was (without him) a thoughtful foreign policy discussion, the emperor of the Republican field certainly looked like he forgot his clothes on Wednesday. And that was before his crazy answer on vaccines and autism, or his utter vanquishing at the hands of Carly Fiorina, responding to his comment about her face.

The other candidates, better polished and better prepared than last time, came across as people who know stuff. Their discussions about government shutdowns, foreign policy, and drug policy had, by the standards of these things, some degree of depth.

And Trump was noticeably muted through all that.


Maybe his back was hurting from standing for three hours.

Speaking of Fiorina, the former Hewlett Packard CEO—so far the lone success story from the undercard debate—built on her success there and showed that her fight to get onto the main stage in the first place was worth it. She not only slayed Trump, she showed she could be the outsider to beat.

Her answer about defunding Planned Parenthood got some of the loudest applause of the night—second only, perhaps, to her response to Jake Tapper’s question about Trump’s remarks on her appearance.

Beyond that, this was a night of missed opportunities for Jeb Bush, another deer-in-the-headlights moment for Ben Carson, a weed meme, and the same old elephant in the room.  Oh, and Ted Cruz lied about Planned Parenthood again.

It's as entertaining as watching the Housewives of Beverly Hills until you realize one of these morons is going to be on the ballot in November 2016, and that millions of other morons are going to vote for him -- or her -- without a second thought.  Joke's over.

ABC's "9 moments that mattered" is only eight; throw out the one about Rubio.  And this is what 'post-debate spin' looks like. 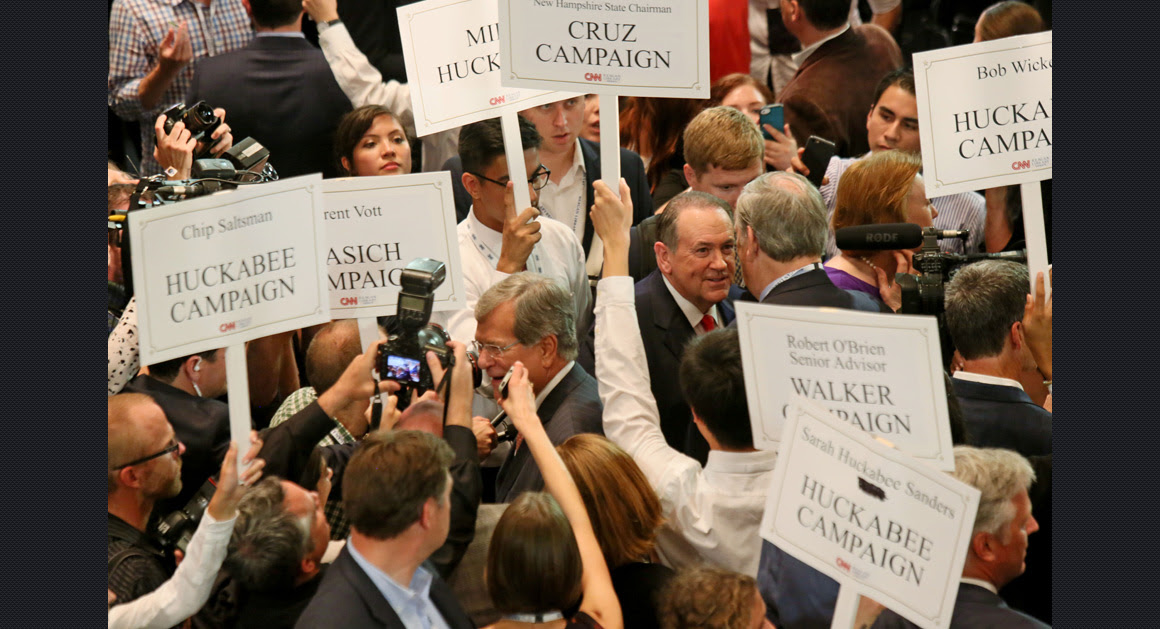 Did anybody ask Debbie Wasserman Schultz when we're going to have some Democratic debates?  Why, yes they did, and she happens to be thrilled that the clamor for more is being drowned out by the Republicans' food fighting.  Now that's leadership.

Update: Fiorina's star turn -- though she was hideously wrong on climate change, and hyperbolic on Planned Parenthood -- isn't going to last, according to No More Mister Nice because she's not country enough.  That's a fair point, but I think she's got enough crazy going on that the Teabagger base can get along with her.  I still say she's going to fit well as a running mate for anybody except Donald Trump.  And more and better from Vox on all of this, with nearly no mention of Scott Walker or Chris Christie or Rand Paul or Marco Rubio.  That's precisely accurate.  Bobby Jindal and Lindsey Graham's tete-a-tete on immigration in the matinee got more play than Mike Huckabee.  That nails it as well.
Posted by PDiddie at Thursday, September 17, 2015

I still want JoePa to enter the Dem race, so Dems can at least partially approach the GOP on lunacy factor.