The Texas Progressive Alliance sends warm thoughts to everyone who's digging themselves out from under the snow again as it brings you this week's roundup of the best of the Lone Star lefty blogs from last week. 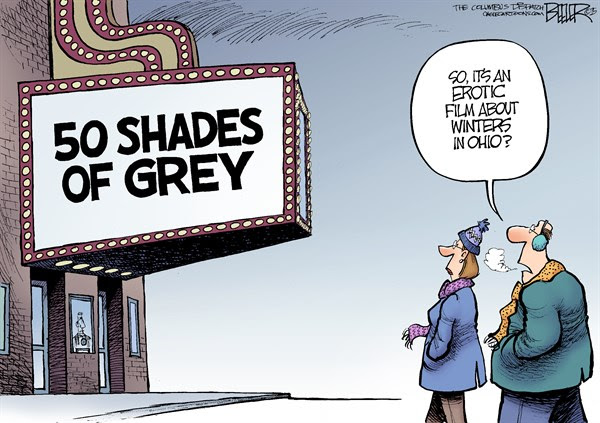 Off the Kuff reports on opposition to the proposed high speed rail line.

Libby Shaw, writing for Texas Kaos and contributing to Daily Kos, is appalled by efforts to pass an open carry law in Texas. What should Texans fear the most? ISIS or Open Carry?

CouldBeTrue of South Texas Chisme is tired of Republicans using hurtful, hateful tactics to appease their racist base and cause harm to the people in the Valley.

Neil at All People Have Value wrote about the ongoing federal cover-up of a plot to kill members of Occupy Houston in 2011. Occupy Houston protestors were peaceful people. APHV is part of NeilAquino.com.

WCNews at Eye on Williamson notes that the Texas GOP plans to give the wealthy in Texas a tax cut, no matter what. The cost will be high for everyone else: The Cost of Tax Cuts.

Texas Leftist reports on the most significant changes to the Houston region's public transit infrastructure since the creation of METRO. With System Reimagining now approved and the final route maps in selected, transit in Texas' largest city will never be the same.

Green Party presidential candidate Jill Stein is coming to Denton this weekend, and Houston next week, as part of the kickoff to her bid for the presidency of the US. PDidddie at Brains and Eggs has the details.

The Lewisville Texan-Journal updates the list of events for the area this coming week.

Egberto Willies reminds us not to overlook that 'atheist' part about the man who shot three Muslim honor students in North Carolina.

Dos Centavos was on the scene for the Americans United presentation on "The Bible in Texas Schools? Why Not?"

And here are some posts of interest from other Lone Star bloggers.

The Anti-Media has a list of the ticking time bombs in Texas.

Socratic Gadfly points out that state Rep. Molly White is one of the many reasons that we just can't have nice things in Texas.

Lone Star Ma calls on doctors to do a better job explaining the need for vaccinations.

Texas Vox would like you to tell President Obama to veto the Keystone XL pipeline, while Tar Sands Blockade wants us to remember that KXL South is already fully operational.

Texans Together reports on the State of Black Houston 2015.

Jeff Balke goes back to high school to explore when kids and faith collide.

Grits for Breakfast is encouraged by the possibility of grand jury reform.

Joe the Pleb at BOR takes a look at the Texas rebels who are up in arms about a 13-year-old boy's plan to rename "Confederate Heroes Day".