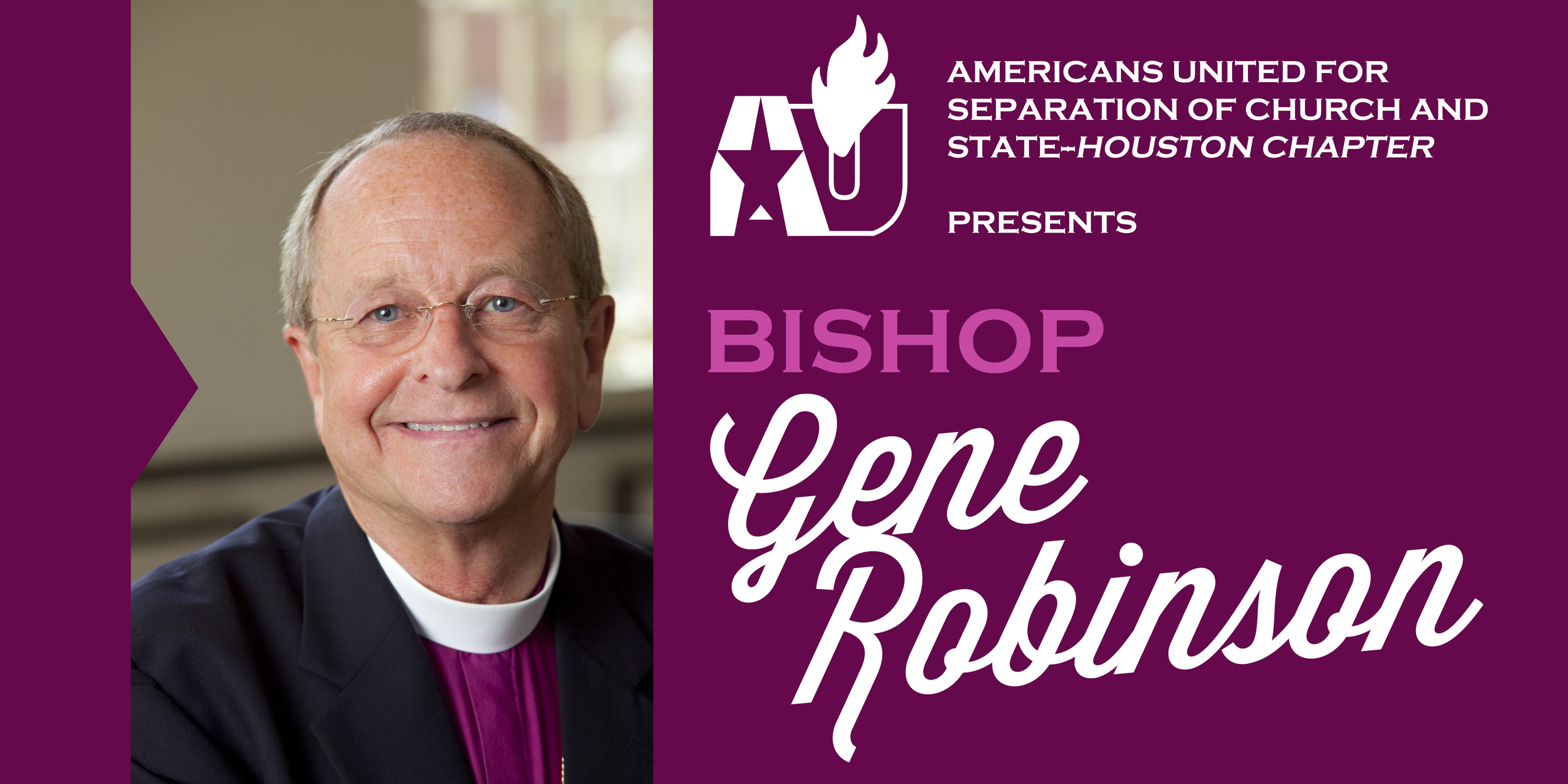 Gene Robinson, retired bishop of the Diocese of New Hampshire in the Episcopal Church of the United States of America, will be speaking about religious freedom in America and how the Religious Right gets it wrong. Widely known for being the first openly gay priest to be consecrated a bishop in a major Christian denomination, Bishop Robinson’s election in 2003 was the source of significant controversy within the Episcopal Church. He has spoken out about the importance of maintaining separation between church and state.


The date is Thursday, October 3rd, and the topic is "My Country 'Tis of Thee: Religious Liberty in a Religiously Zealous Society".  Here's a preview.

Texas is one of the worst places in the United States when it comes to intolerance, and after November 2014, it's invariably going to get worse.

Given the caliber of political mind Texas Republicans seem intent on foisting off onto the rest of us, non-Texans might be curious as to what sorts of people they've tapped for state government of late. The simple answer is "more of the same," as the responses to an AP questionnaire on gay rights sent to GOP candidates for governor, lieutenant governor and attorney general revealed. Lt. Gov. Dewhurst sets the tone:

"Sadly, in a culture infected with political correctness, people of faith are targeted for defending their beliefs with no consideration of their First Amendment rights. I will continue to stand with my fellow Texans in defending our God-given, constitutionally protected freedoms."


Yes, yes. Why are we even talking about civil rights for gay Americans when people of faith are the real victims here. It's getting so you can't even show your love for Jesus by calling someone names and beating them up anymore.


And on and on like that.  Greg Abbott's challenger Tom Pauken and Greg Abbott's soulmate and AG hopeful Ken Paxton also are quoted at the link.  Let's finish with that.

We shall see if Texas demographics begin to reverse the tide of celebrated Republican dullardism that has turned state politicians into national laughingstocks. Republicans are highly devoted to making sure that doesn't happen, but I remain confident that at some point the party will elect someone to office who is so stone-cold stupid, such an obvious empty sack, such an impressive specimen of termite-riddled fencepost that the entire state shudders in embarrassment and begins to rethink their party lifestyle choice en masse. It would have to be someone meaner than Steve Stockman and dumber than Louie Gohmert and—well, I forget the third thing—but do not worry about that.

Somewhere in Texas there is a very drunk and bitter man sleeping it off under a church pew who fits all those requirements and then some. Get to it, Republicans. Find that final mean, stupid, godbothering anti-science crank who can out-crook and under-whelm all the rest of them. It is your destiny.


Bishop Robinson suggests a more tolerant approach to affecting change than I do, as you could have guessed.  Get your tickets here.
Posted by PDiddie at Wednesday, September 25, 2013