Fear and loathing of the Green Party

Lots of atrocities to document this past week, probably stirred up by the GOP convention's scare-mongering and Trump's unvarnished fascism.  Fear of Il Douche leads to fear that Clinton won't be able to defeat him, which leads to "it's going to be the Greens' fault again, just like in 2000". 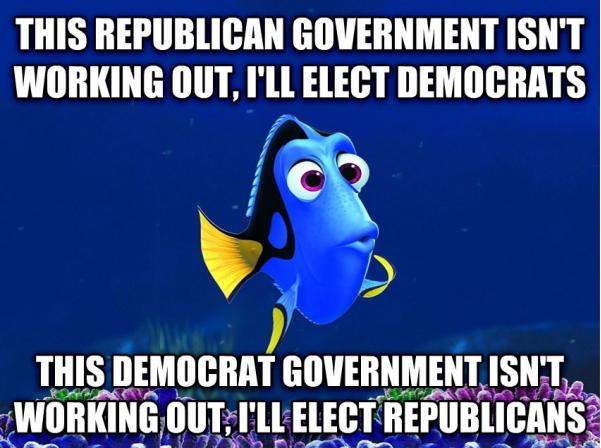 -- Famed sexologist Dan Savage led the way with a (somewhat dated in Internet chronology) screed from May.  The gist of his animosity seems to be rooted in "Greens need to start at the bottom".  He appears not to understand that they have, but even as his original premise bites the dust, he pivots to the old "a vote for Stein is a vote for Trump" trope.

Frankly, Savage of all people should know better.  Let's help him along in his understanding so that he doesn't repeat his mistakes made supporting the Iraq War.

-- Savage's logic is essentially the same as Paul Ryan's and Chris Christie's.  Pretty certain Savage doesn't want to find out he's sitting at that table.

“This is not like a political science class. This is the real world. There is a binary choice here,” the New Jersey governor said Wednesday on MSNBC’s “Morning Joe.” “Donald Trump was not my first choice for president. I was, right? It didn't work out. And so as a result, you've got to decide, and I said this to Jeb Bush the other day: It's chicken or fish, man. It's one or the other.”


Actually you do have choices other than chicken (shit) and fish (piss).  And the Chicago Tribune's ed board, thankfully, has clearly explained it.

The existing two-party system has been the mainstay of American politics for a century and a half. But the discontent felt this year among Democrats as well as Republicans suggests there is an opportunity for the Greens and the Libertarians to establish themselves in the national consciousness in a lasting way.

Can either win? Not this time. But that's no reason Americans disgusted with the major party choices have to settle on either. It's not "wasting your vote," as the old bromide says, to cast a ballot for a long-shot candidate because he or she offers something valuable that mainstream candidates don't. Attracting voters is how small parties get bigger.

A strong showing by Stein, Johnson or both might not transform America's political landscape. But it could push a reassessment of old policies that have acquired immunity from reform. It could put provocative new ideas on the national agenda.

It also could force the major parties, which have disappointed voters so badly this year, to do better in 2020 and beyond. If so, Democrats and Republicans might thank Stein and Johnson for running.


And so "wasted vote" needs to be pinched off and flushed.

-- Last: Trevor Noah, who is clearly suffering some cognitive dissonance.  At least he's focusing on the "I won't vote" crowd.

Trevor Noah, comedian and host of Comedy Central’s “The Daily Show,” said people who would rather stay home on Election Day than cast a vote for presumptive Democratic presidential nominee Hillary Clinton are essentially giving their vote to presumptive Republican nominee Donald Trump.

“If you’re a Democrat and you say, ‘I’m not voting for Hillary,’ then you are voting for Trump,” Noah told reporters at the Republican National Convention in Cleveland. “Let’s not beat around the bush ― not voting is voting.”

Half right: not voting is voting, but it's a vote for none of the above.  Only.

I give Noah a little credit for this.

This election ― which has left many saying they won’t vote for either candidate ― might force people to re-evaluate the United States’ “strange” two-party system, Noah added.

“You are not living in a two-party world,” he said. “There is not left or right, there are varying degrees, there is nuance.”

“If you’re a young person in America, this is your country going forward ― don’t be fooled by the fact that old people are running it now,” Noah said. “You will be dealing with the effects of what these people have voted for for the rest of your life, which is going to be hopefully much longer than the people that are much older than you.”

“There will be a time when you look back and go, ‘Wow, I could have changed that and now I live in a wasteland,’” he continued.


He's speaking to his millennial generation, so he's being a little obtuse (purposely, I believe, although that might be reading more into it than there is).

The Republicans and Democrats are making it easier every single day for people who think like me to step away from the two-party trainwreck, but let's not encourage our children and grandchildren to drop out by our own actions.  The legacy options are indeed the poorest they have been in a long, long time, but that's not a good enough reason to give up on the system.  We'll always have some time later for revolution outside the ballot box if we need to go there.
Posted by PDiddie at Saturday, July 23, 2016

My take on both him and some new Kossack bullshit http://socraticgadfly.blogspot.com/2016/07/more-anti-stein-anti-green-bullshit.html

Thanks to Tweetdeck, that Chicago Trib piece runs every Friday until election day.