In what one local union official is calling a new brand of aggressive strike-breaking tactics, energy companies are trying to lure employees back to work by going around the United Steelworkers union.

BP issued a statement Wednesday that it has begun to train additional replacements for its absent workers while Lyondell-Basell posted an open letter to its striking employees asking them to return to work.

Shell Oil Co. is also asking workers at its Deer Park refinery to cross the picket line. About 50 out of the 800 strikers have done so, said Lee Medley, president of the United Steelworkers Local 13-1.

In the third week of a nationwide oil workers strike, the targeted companies are playing hardball, said Medley, who could not recall another time when companies so openly courted their striking employees. He said the union is contemplating the filing of an unfair labor practice charge against Shell for directly contacting its striking employees.

"The steps they're taking are not novel," said Robert Bruno, professor at the School of Labor & Employment Relations at the University of Illinois at Urbana-Champaign.

What's unusual, he said, is how quickly the effort began. That tells Bruno that the strike is causing pain for the oil companies. It may be they can't continue to operate with the labor they have or they can't get the production they need, he said. They may believe they have to go on the offensive.


The primary reason this strike is happening is not for increased pay or benefits (although those are, as always, on the table).  The workers want safety improvements at the plants, less forced overtime, and an end to outsourcing of work to contractors.  That's what the oil companies are balking at.  To use only the most recent examples of petrochemical corporation malfeasance, DuPont's LaPorte facility killed four workers three months ago because of shoddy design and inoperable ventilation fans.  The Exxon Mobil refinery in Torrance, Ca, exploded like a nuclear bomb just yesterday morning, with residents still sheltering in place, their homes covered in ash.

The refiners simply don't want to pay what it costs to safeguard their employees.  Look what they will pay the scabs, though.

Over the past few days, companies that specialize in staffing refineries and chemical plants during labor disputes have been advertising in Houston for experienced control room operators.

Madi Corp., for example, has an online job posting offering $48 an hour, plus $40 per day for expenses, along with free hotel and airfare for experienced oil refinery console operators in Houston. Operators are guaranteed a minimum of 60 hours a week but are expected to work 84 hours a week.

"Shift the power to your side of the negotiating table during contract negotiations with your unions," the company's website beckons to employers. It says it can place the "right strike replacement workers in the right jobs" in 24 to 72 hours.


My mouth is hanging open.  Yours?

Union negotiators on Thursday rejected the latest contract offer from oil companies and said the largest U.S. refinery strike since 1980 may spread to more plants beyond the 11 where walkouts are underway.

The United Steelworkers union (USW) said in a message to members and news media including Reuters that the latest proposal from lead oil company negotiator Royal Dutch Shell Plc failed to improve safety at refineries and chemical plants in an "enforceable way."

The union also told workers not on strike to be prepared to walk out in the coming days.


It's a similar story in Seattle, Los Angeles, Long Beach, CA and other busy West Coast ports, where the cargo operators are cajoling the longshoremen as well. 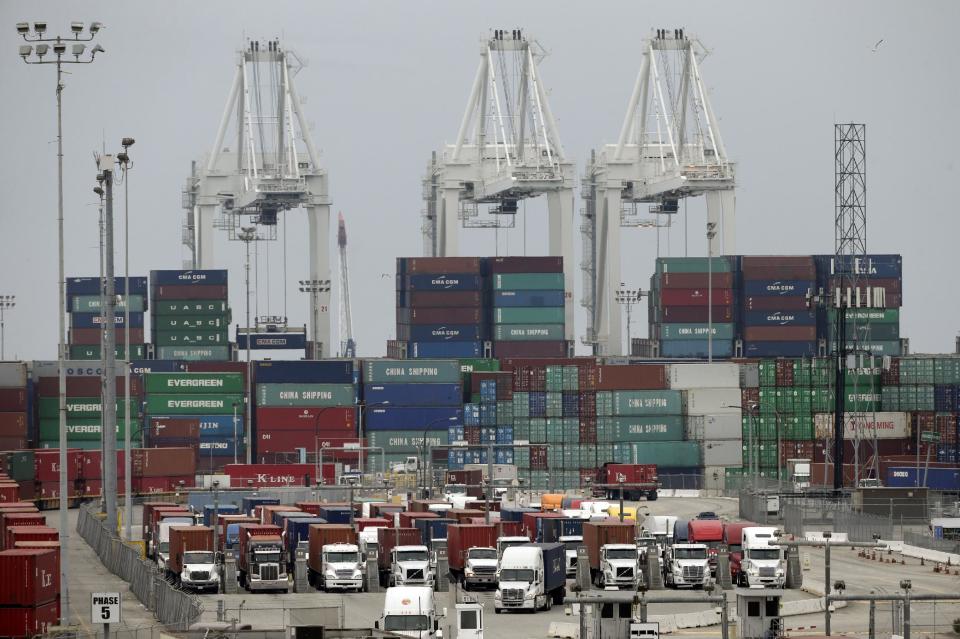 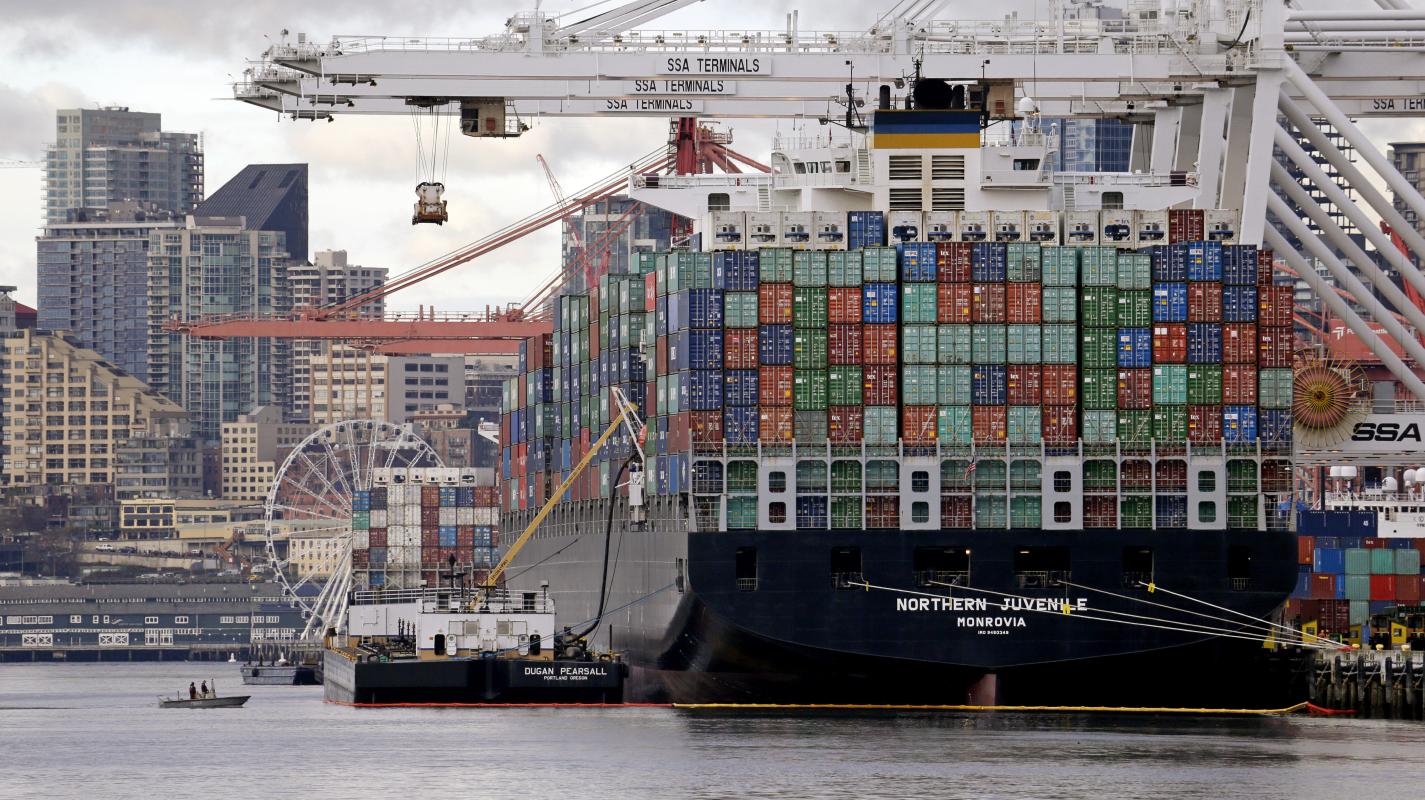 Cargo companies have gone straight to West Coast dockworkers with what they call their "last, best and final" offer in a contract crisis that has choked off billions of dollars in international trade.

In a move very likely to upset union leaders who were negotiating behind closed doors under a media blackout, the employers distributed letters with the contract offer to rank-and-file longshoremen at ports from Los Angeles to Washington state.


Employers appear to hope that union members will conclude the offer — which the letter said includes wage and pension increases and the maintenance of low-cost health benefits — is strong, and dockworkers will then pressure their negotiators to accept it.

One labor expert questioned whether that would work, especially with the International Longshore and Warehouse Union, which has a history of fighting employers and winning contracts that are the envy of other blue-collar industries. Under the prior contract, which expired in July, average wages exceed $50 an hour, according to the maritime association.

"Handing out the leaflets is a provocative move with questionable gain," said Harley Shaiken, a professor and labor relations expert at the University of California, Berkeley. "We're in the end game, and you don't want to complicate things, and that is the risk."

The letter's "last, best and final offer" language is significant because it could lay the groundwork for the declaration of an impasse and therefore a full lockout of workers by employers.

Meanwhile, negotiators for the union and the Pacific Maritime Association, which represents employers, met with U.S. Labor Secretary Thomas Perez in San Francisco.


I was born into a labor household.  My mom was a teacher and my dad was an OCAW member -- the union for refinery workers before they were consolidated with the Steelworkers -- for thirty-five years.  I remember short and peaceful strikes, and long and contentious ones.  Dad even took a job as a cashier at at Walgreens once to tide our family over when they went out for an extended time.  Here's a great article from the Beaumont Enterprise about the early days (1940s) and the waning of union influence that began after 1980's 114-day strike, a slow slide to obsolescence that continues to this day because of thuggish actions by company men like those described above.

I am all in with the USW and the ILWU as they demand better from the corporations.
Posted by PDiddie at Thursday, February 19, 2015