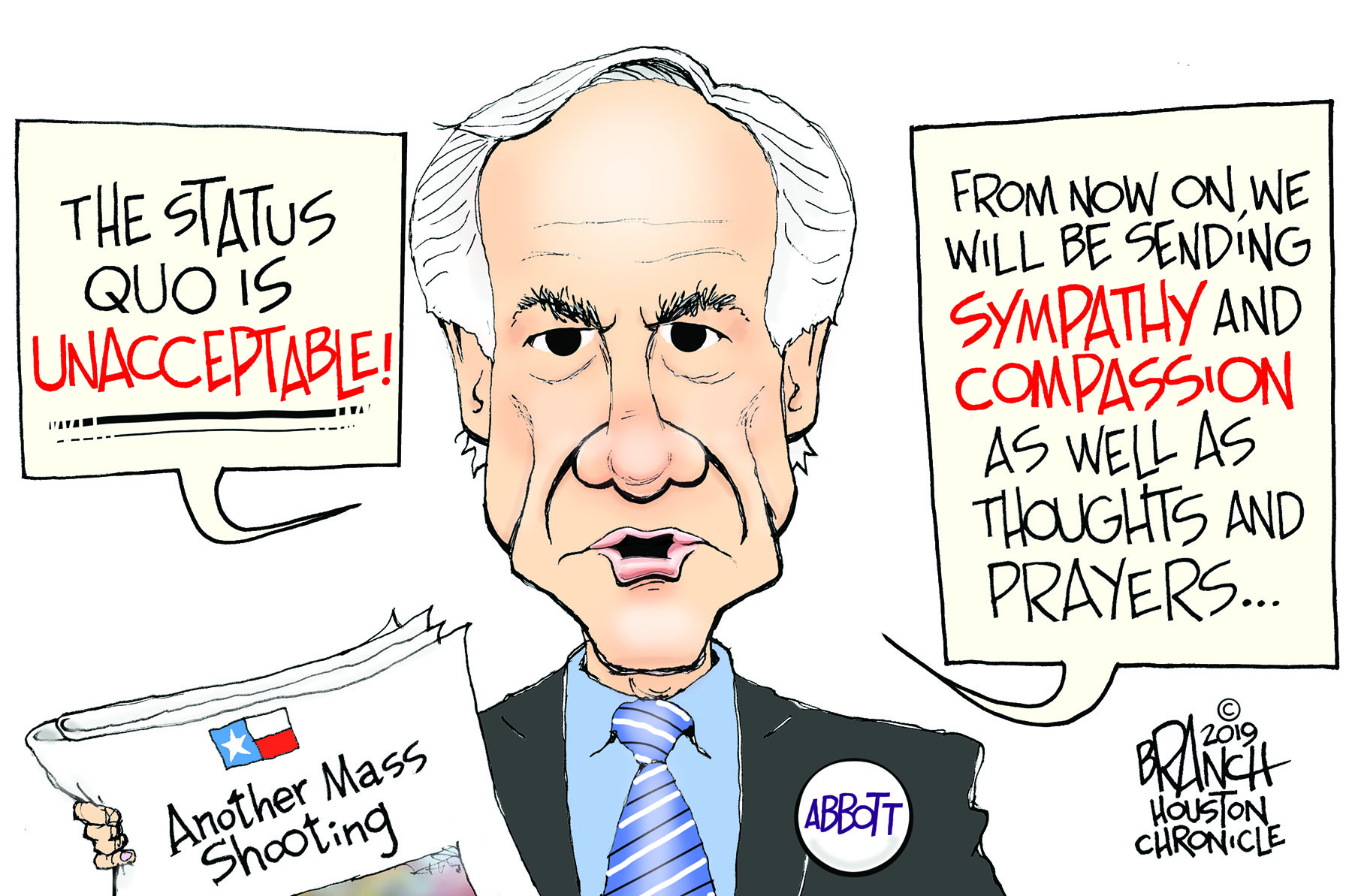 
The Texas Progressive Alliance thanks state Rep. Briscoe Cain for clearly demonstrating why no civilian should own a weapon of mass murder.  (These are the best lefty blog posts, Tweets and news from around and about Texas, our Texas, collated below.)

Democrats' third presidential debate, held in Space City last Thursday, was the epicenter of state and national politics for a day or two.  PDiddie at Brains and Eggs blogged about it before and after; the Texas Observer wrote about Beto and Castro's breakout, and the Chronicle followed up on the Greenpeace protestors who were arrested after they rapelled off the Fred Hartman bridge, closing the Houston Ship Channel for most of the day.


SCOOP w/@byjayroot: @JulianCastro hasn’t always been a liberal darling on border issues. In 2013, he backed border + immigration policies advocated by Obama and touted the completion of enforcement measures that included fencing along the U.S-Mexico border https://t.co/ciOFjBpBua
— Alexandra Samuels (@AlexSamuelsx5) September 14, 2019


And Jef Rouner, for the Houston Press, has one simple suggestion for the eventual Democratic presidential nominee.

Fresh polling was released ahead of the debate: Univision's revealed the Lone Star to be a battleground state, while the UT/TexTrib survey found the #TXSen race lacking a front-runner beyond "don't know".  Both HPM and Kuff examined the two polls.

As our lead-in above points out, a pipsqueak in the Lege threatened Beto O'Rourke after he underscored that his mandatory assault-style weapon buyback policy would be a certainty.


There were many legislative developments last week:

RG Ratcliffe at Texas Monthly evaluated Lite Guv Dan Patrick's apparent flip-flop on background checks for gun purchases, while John Coby at Bay Area Houston called for abolishing open carry.  Rick Casey at the Rivard Report found a common thread among the Republicans targeted by the Bonnen/MQS fiasco.  And as the Lege begins the arduous process of redistricting, both the Observer and the TexTrib remind us of the problematic history of people of color attempting to cast a ballot.

Crystal Mason’s vote didn’t count. Will her prosecution scare away others whose votes would? https://t.co/akCwNdzwYm
— Texas Observer (@TexasObserver) September 16, 2019


Scott Henson at Grits made a point of following up on these false statements about crime by some of Houston's mayoral candidates.

SocraticGadfly calls out the Dallas Observer for doing a hit job on a wind farm that's not even in its normal coverage area.

Progrexas blogs that the TCEQ finally managed to do something right.

During a Texas Commission on Environmental Quality hearing, the state denied a permit request by Altair Disposal Services to construct a landfill that would take waste from an incineration facility near Houston to Colorado County, which sits about halfway between Houston and Austin, and turn it into road material that is similar to asphalt. At issue was whether the soil in the area where Altair wanted to set up the facility would prevent hazardous waste residue from leaking into the ground water or the Colorado River.


And Grist notes that Texans are actually starting to care about climate change.

Does Texas, the metaphorical oil tank of the American petroleum operation, care about climate change? About two-thirds of it does, says a new poll of Texas voters -- and we’re not just talkin’ Democrats.

Sixty-five percent of Lone Star State voters of all political persuasions are in favor of government action to combat the climate crisis, and a third are strongly in favor of it. That’s not the only good news.

Of the 1,660 voters polled by Climate Nexus, 74 percent said they’re more likely to vote for a candidate who supports boosting federal funding for renewable energy. Among Democrats, climate change ranks right up there with the economy and jobs when it comes to issues voters care about in the 2020 election -- only health care and gun policy ranked higher. The poll was conducted in conjunction with Yale and George Mason universities.


The Texas Central Railway announced it is ready to begin construction ... as soon as it gets authorization to do so.

A planned high-speed rail line between Houston and Dallas reached another milestone Friday as the sponsoring company announced a $14 billion deal to build it -- as soon as it obtains the authority to do so.

“We are optimistic we could begin construction next year,” said Holly Reed, managing director of external affairs for Texas Central.


(The following excerpt is specifically for Gadfly.)

Because the trains would operate at more than 200 mph, all of the route must be separated from highways and public access. Dozens of overpasses are likely as the tracks cross urban streets and rural roads in 11 Texas counties. Earthen berms at specific crossings will also be needed where tracks cross land used by wildlife and farmers.

“They are doing all of that work now so that as soon as we get the financial approvals and have approval to start construction we can move forward,” Reed said. 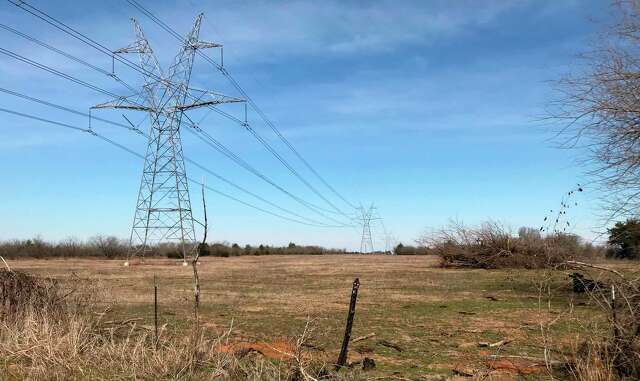 This Jan. 31, 2018 photo shows a utility corridor which runs through Freestone County, Texas, near Fairfield, in the small community of Cotton Gin. Texas Central Partners is planning to build its 240-mile high-speed rail line between Houston and Dallas along the corridor.


Here's where the Wrangle gets lighter ...

Some of the most colorful fall foliage in Deep-In-The-Hearta can be found in this state park.

These are some great places to celebrate Oktoberfest in Houston.


This weekend’s cultural resistance in El Paso, Tx left us humbled & with a sense of renewed commitment and hope towards our fight for justice. We remain strong - firme - and resilient. Because no wall or cage can restrain a song. 🎶 Somos #ElPasoFirme! Check out the highlights 👇🏾 pic.twitter.com/jFR6mrag7q
— RAICES (@RAICESTEXAS) September 10, 2019


The San Antonio Current says that the debut of the Big Texas ComicCon is this weekend.  Three 'Sons of Anarchy' are headlining.

And in remembrances, the Texas Standard posted an obituary for T. Boone Pickens, the Austin Chronicle eulogized artist and songwriter Daniel Johnston ...

... while Harry Hamid's brother posted the heroes that his recently departed sibling never met.
Posted by PDiddie at Monday, September 16, 2019