The discussion of Democratic disharmony is, to some Texas Democrats.

Does not exist, to others. 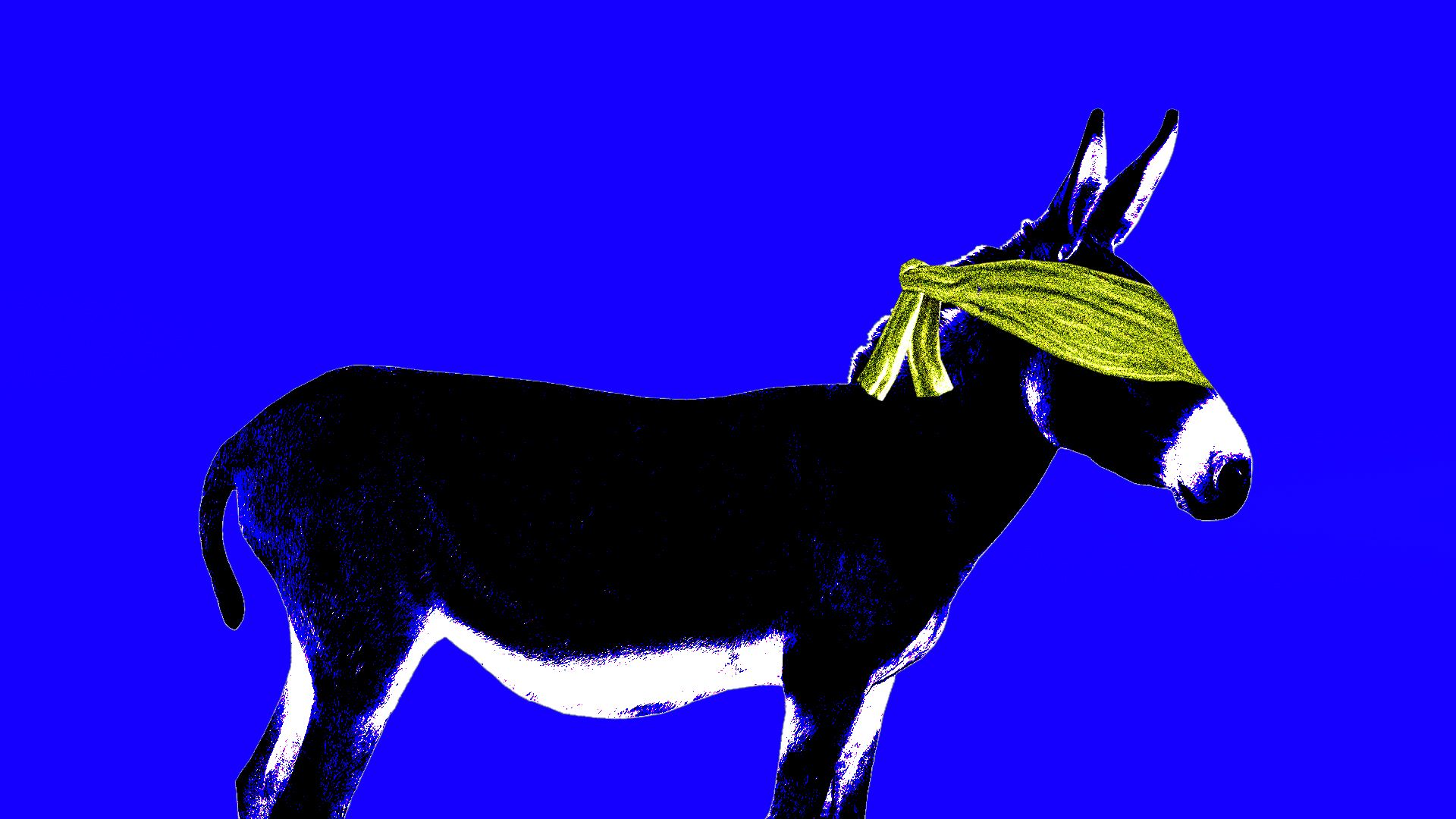 All these folks know better.  This is a sales job, and a poor one.  They aren't missing the conversation that's happening essentially everywhere; they'd just rather pretend it's not happening for the sake of Blue morale.  Here's Cenk Uygur's take from yesterday's Bradcast for the latest (for those who choose to be informed, that is).

It's not that 'Democrats United', con job or no, is not newsworthy; it's more that it doesn't really matter here in Deep-In-The-Hearta.

Kuffner's 'sunny side' optimism might be a bit delusional in the wake of yesterday's Q poll.  Look at the sad reality of Ted Cruz's Latinx support (Zodiac Killer 46%, Bobo the NeoLiberal Clown 44):


That Hispanic stat should be evidence enough that the Texas Democratic Party remains the political equivalent of the Washington Generals. https://t.co/wad5KpshGU
— Evan 20XX (@evan7257) May 30, 2018


Bob's recent RGV swing doesn't appear to be paying any dividends.  RG Ratcliffe says it's all about the name recognition.  Translation?  O'Rourke is going to have to raise more money for statewide television and radio advertising, and IMHO he should be buying as much time as he can afford on Spanish-language networks.  The Houston ratings for Univision are a huge clue.

Texas Democrats are probably in worse shape than California Republicans, who have achieved third-party status in the Golden State by virtue of falling behind independents in declared registration.  In a remarkable Murphy's Law development, CA Dems who tried to squeeze the GOP completely out with "top two" jungle primaries may have screwed their pooch by running too many candidates, an error reminiscent of Harris County Democrats in Houston municipal races past (once upon a time when Houston held city council elections, mind you).

We'd know Lone Star Donks are already in third -- and have been there for years, maybe decades -- if Texas closed their primaries and made voters declare a party status.

And the abject failure and looming quadrennial midterm humiliation might be meaningful if there was another option for those of us who find this slate of Texas Democrats just too conservative, far too interested in chasing Republican not-Trump votes.  If Texas Greens could, you know, manage something.  Anything.

“We only got like 400 or 500 signatures out of the 50,000 that we need,” said Jan Richards, a Green Party of Texas candidate who’s running for governor.


She's running as a write-in now ... provided she gets certified.


There’s a last-ditch effort parties can utilize to get elected into office next year: filing a declaration of write-in candidacy with either the secretary of state’s office or with the county judge, depending on the offices sought.

The window to file declarations is from July 21 through Aug. 20, Taylor said. A representative from the Greens confirmed to The Texas Tribune that they plan to file the necessary paperwork to have at least one of their candidates eligible as a write-in this fall. Spokespeople from the Christian Party of Texas, None of the Above and the Texas Independent Party did not respond to request for comment.

“It’s really important to me that we offer an alternative solution to what’s already going to be on the ballot,” said Richards, the Green Party gubernatorial candidate. “I want to try to speak for people who might not already have a voice on the ballot.”


So take heart, Democrats!  That siphon hose will be about the girth of a coffee stirring straw in the autumn.  Who will you blame for getting blown out then?

This isn't the post I promised back here.  I'll be breaking down the statewide executive races based on who I can likely vote for in November as my lateral epicondylitis ("mouse elbow", not carpal tunnel; worse) eases.
Posted by PDiddie at Thursday, May 31, 2018

First, the personal — I hope "mouse elbow" is a better diagnosis than carpal tunnel.

And now the political.

I see Havana Ted leads Beto-Bob among women as well as Hispanics. Oops.

If Wendy Davis couldn't win women against Greg Abbott, it's difficult to see how any other Democrat does. Candidly, the only thing this reveals is how many tens of thousands of Texas simply do not vote.