Early voting in the Texas primary runoff elections begins today.  Unless you're still undecided, waiting to sign an access petition for the Texas Green Party, or just want to risk voting during a tropical rainstorm, the TPA encourages you to cast your ballot before Election Day, May 22nd.

(In this blog's humble O, you're better off using the Congressional endorsements of Our Revolution Texas than you are the HGLBT Caucus' -- their picks in downballot Harris County races are fine -- but the choice is yours.) 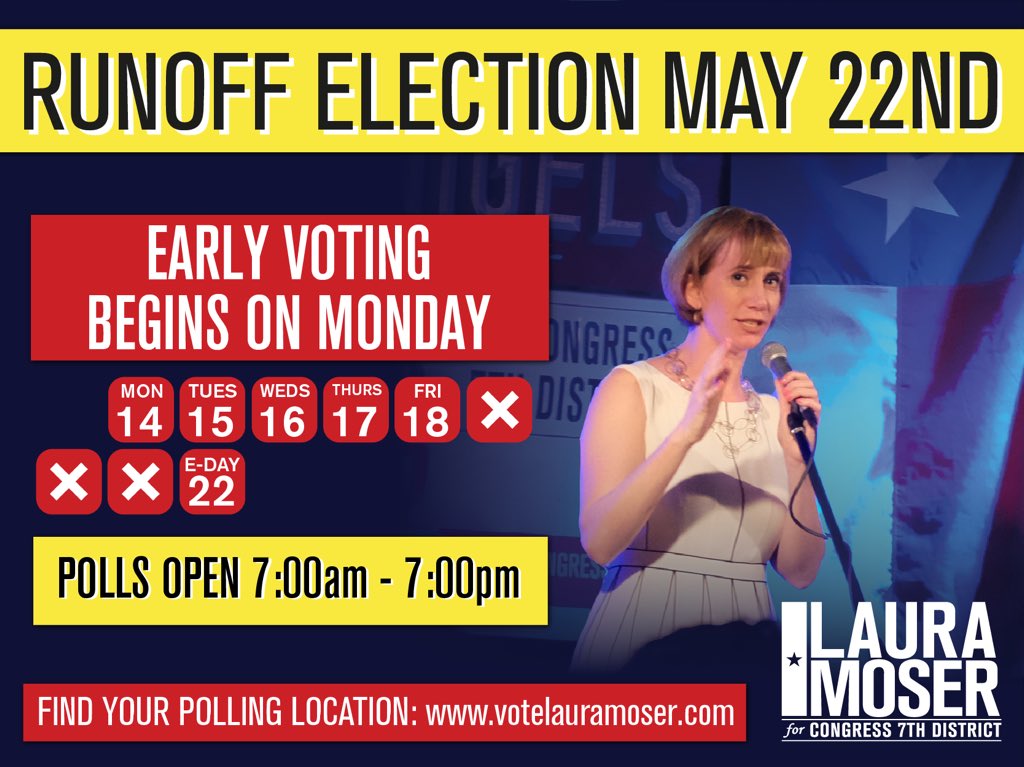 Just don't wait for the GOP Turnout Wagon to come by and pick you up.

PDiddie at Brains and Eggs was one of the only Texas bloggers who wrote about the debate between Lupe Valdez and Andrew White before and after it happened.

David Collins, appropriating Mattress Mack's advertising slogan, points out that Instant Runoff Voting really will save us money (by not having to spend it on runoff elections).

Socratic Gadfly read James Comey's book and found that any "Higher Loyalty" is ultimately to himself.

Scott Henson at Grits for Breakfast ponders the correlation between the DPS 'border surge' and the reduction in DWI citations.  In a salient posting the week before last, Henson made an excellent point about the City of Houston's budget-busting request for more cops on the streets.

Mayor Sylvester Turner wants voters to bust the city's revenue cap to pay for public safety. However, we're at a moment in history when crime is at historic lows and the demands on law enforcement are rapidly evolving. Just hiring more warm bodies to throw at an endless stream of 911 calls and false burglar alarms on patrol wouldn't be worth it. Rather, investments in the civilian side -- crime labs, crime-scene techs, evidence management, etc. -- make a lot more sense. When Houston's chief, Art Acevedo, was in Austin, he focused almost exclusively on bolstering patrol in his budget requests while our crime lab failed under his watch and all civilian functions basically withered on the vine. Houston shouldn't make the same mistake.

Christof Spieler asks what it will take for the Bayou City to become more resilient to flooding.

Ty Clevinger at Lawflog updates on the lawsuit he has filed against the Department of Justice for refusing to release the records associated with the murder of DNC staffer Seth Rich.

The Salon of Somervell County sagely observes that if something is deemed "fake news", that means that it's news that does not flatter Trump.

Dr. Carlos J. Cardenas argues that the best Mother's Day gift we could give would be a commitment to reducing the maternal mortality rate.

Harry Hamid explains why he hasn't been blogging much lately.

Finally, the Texas Women's Voices Project, presented by Texas Monthly, is a must-read.