The Texas Progressive Alliance supports the employers who feel their workers deserve a break today to view the solar eclipse. 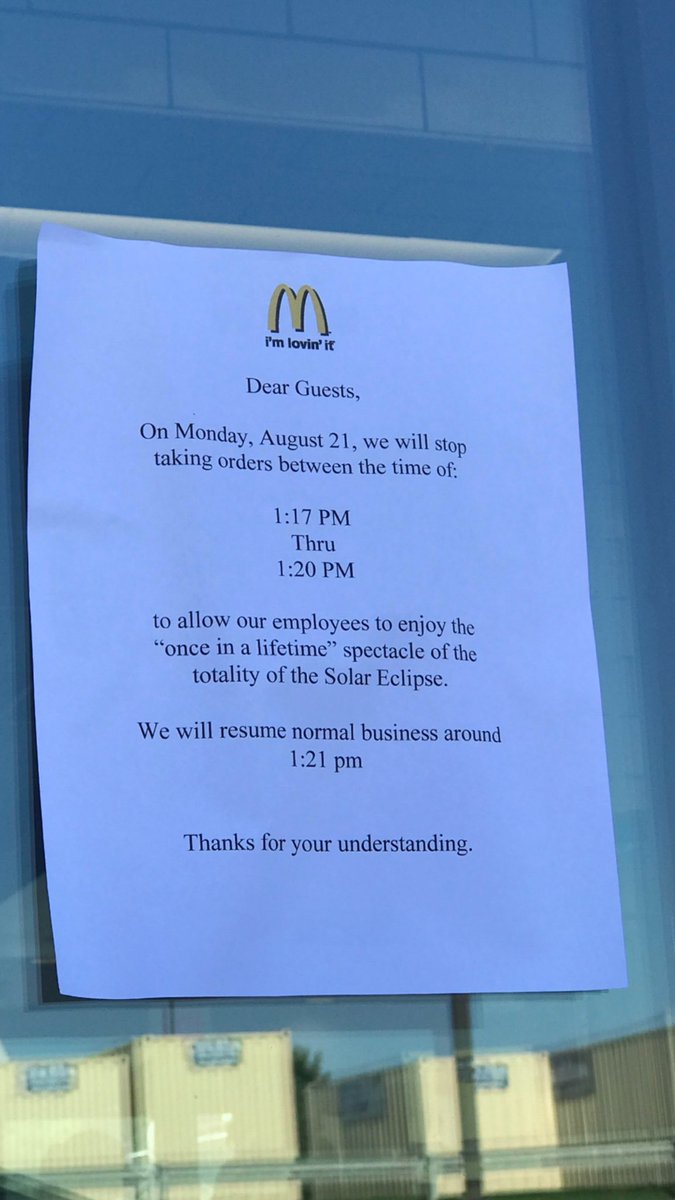 And screw those lousy management consultants who are whining about lost productivity.

Off the Kuff notes a new lawsuit filed to protect spousal benefits for Houston city employees against an assault by anti-LGBT zealots.

SocraticGadfly writes about another personal experience with age discrimination.

Texas (aka Greg Abbott and Ken Paxton) are going to take their chances with a new, conservative Supreme Court rather than have the Lege redraw Congressional and statehouse maps ruled unconstitutional for the umpteenth time, reports PDiddie at Brains and Eggs.

A Texas Republican legislator thinks running over protestors should be encouraged. CouldBeTrue of South Texas Chisme thinks he and his party are deplorable.

Texas Vox celebrates the end of the special session.

John Coby at Bay Area Houston remembers a time when "not all Republicans were racist".

The Lewisville Texan Journal shares the announcement that longtime Democratic activist Amy Manuel will run for Denton County Clerk in 2018.

As always, Neil at All People Have Value took part in the weekly protest outside the Houston office of wicked-doing Senator John Cornyn. APHV is part of NeilAquino.com.

Confederate monuments came down on the campus of the University of Texas overnight.  Large rallies supporting their removal in Houston and Dallas were held over the weekend.  Six Flags Over Texas bowed to public pressure and announced that only the United States flag would fly at its front gate (but the flags of Spain, France, Mexico, the Republic of Texas, and the Confederate States of America would continue to fly -- and be sold as novelty items at gift shops -- elsewhere in the park).

Meanwhile Houston's mayor, Sylvester Turner, has called for a study to help him decide whether or not the statues should be taken away in the Space City.

More news and blog posts from across the Lone Star State follow!

The CPPP Blog reflects on the special session, which sine died a day early last week.

RG Ratcliffe wonders if the Republicans are going to start running the Lege like they do Congress.

Pete Von Der Haar rounds up ten movie scenes in which white supremacists get their butts handed to them.

Better Texas Blog calls the Senate-modified version of HB21 a step in the wrong direction that pits education against health care.

Somervell County Salon suggests Trump's various golf clubs and resorts as a great place to relocate the Confederate statues being removed in various cities across the country.

And Pages of Victory posts the letter from Rosanne Cash that reminds white supremacists NOT to associate their philosophy with the long legacy of social justice her father lived.
Posted by PDiddie at Monday, August 21, 2017