With another mega-roundup of the best lefty blog posts and news from last week, the Texas Progressive Alliance wants to stress that it does not delete its old, and possibly contradictory, Tweets.

Off the Kuff notes the two Democratic candidates who have emerged so far to run for Governor.

Texas Democrats who can't support Tom Wakely for governor may be stuck with having to draft Joe Straus, according to PDiddie at Brains and Eggs.

CouldBeTrue of South Texas Chisme notes that Texas Republicans are all about encouraging polluters and not about the health and well-being of people.

Texas Leftist sees Ashley Smith making THE point about the bathroom bill debate in her selfie with Greg Abbott.

John Coby at Bay Area Houston posts the fundraising totals for the seven candidates in the running for CD-7, and the best news is that four-time perennial James Cargas is badly losing that race also.

Stace at Dos Centavos follows up on Harris County's stance on SB4, seeing county attorney Vince Ryan filing a brief against enforcement despite the commissioners' reticence to do the same.

With a vacancy in the Denton County district clerk's office, the Lewisville Texan Journal collects some of the candidate filings for the position.

jobsanger joins the question of what Puerto Rico should be going forward: state, nation, or territory?

Neil at All People Have Value promoted the half-year mark of the weekly protest at the Houston office of terrible Senator John Cornyn. APHV is part of NeilAquino.com.

The San Antonio Current reports that in the aftermath of the tragedy discovered in an Alamo City Walmart parking lot -- where several people were found dead and others stricken by heat in the back of a semi-trailer -- it's worth underscoring what SAPD Chief William McManus said:

“This is not an isolated incident; this happens quite frequently," he told reporters. "Fortunately, we came across this one. Fortunately, you know, there are people who survived.”


The Texas Observer explains what a ban on abortion means for women with high-risk pregnancies.

The Rag Blog co-hosts authors Steve Early and Nick Licata on July 27 at Scholz Biergarten in Austin, who will speak about the progressive alliances in their respective cities (Richmond, CA and Seattle) ahead of the Local Progress conference in Austin's AT&T Center this weekend. 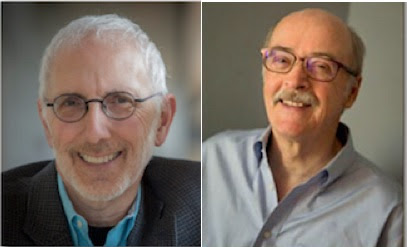 RG Ratcliffe at Burkablog reveals Greg Abbott's million dollar donor, which helps explain why he's veering his wheelchair ever more to the right.

Houston Justice Coalition is back and ready to get to work building up and not tearing down.

Robert Rivard calls the bathroom bill a choice between social justice and discrimination, and PoliTex quotes some anonymous Texas Republicans in the Lege as saying they don't want to have to vote on the bill ... but are afraid they might have to.

Grits for Breakfast updates on the Texas Department of Criminal Justice's latest court loss, requiring the state jail system to address the stifling heat inmates are forced to live in, and posits the next legal avenues.

DBC Green Blog took note of the racial strife that rose to the fore at the GPUS annual meeting earlier this month.

Better Texas Blog reminds us that the state relies an awful lot on local property taxes to fund our schools.

The Texas Election Law Blog flags a Rick Hasen editorial about the perils to our democracy.

And Keith Babberney at Trib Talk speaks for the trees.
Posted by PDiddie at Monday, July 24, 2017