It's time to smother KPFT with a pillow

What a mess.  Or as Tommy Lee Jones' character in No Country for Old Men said to his deputy as he surveyed the bodies strewn across the desert: "It'll do 'til the mess gets here." 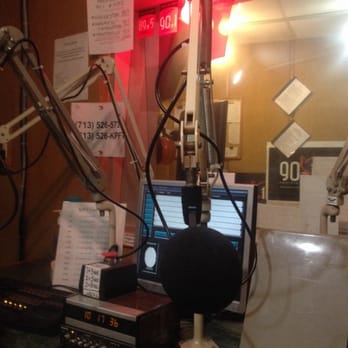 KPFT's ongoing turbulent drama having been previously documented, your update here includes the latest from Bill Crosier -- the Pacifica executive board director who fired the 3-month-tenured station manager, Obidike Kamau, last week for failing to reach the objectives set forth in his first quarterly fundraising pledge drive.  Crosier finally broke his silence at midnight this morning with a series of Facebook postings explaining his position (unless you're FB friends with him, you may not be able to read them).  This came after HPD was called to the radio station's offices earlier this week as protesters against Kamau's termination had gathered outside, and after Crosier fired three more employees, claiming that the budget simply wouldn't support paying them any longer.

Remington Alessi's Facebook note blew up that rationale.  He published Crosier's open letter to a couple of his critics and then responded with this.

On the whole, the letter is probably a good example of why one should not hit ‘send’ when angry, as it bounces between pleading, justifications, and then explanations by Crosier that he was advised by his lawyers to not speak on the matter.

Crosier’s most recent statement, which appears more polished and comes after the later termination of other African American employees who supported Dr. Kamau, further muddies the water. Crosier claims that money was a key factor in all of the terminations, hinting that the station would be unable to meet financial obligations without terminating these employees.

It should be noted that during this time, under Crosier’s guidance, KPFT managed to continue paying a full salary and benefits to retired general manager Duane Bradley, which was one of several incidents that sparked KPFT’s board to open an investigation on Crosier for mishandling of funds.

What will he say next?


Perhaps Crosier has lined up some secret and deep-pocketed corporate benefactors for KPFT, who've never before been there for them in their time of need.  Or maybe he's getting ownership's balance sheet in order so they can sell the broadcasting licenses for the five Pacifica affiliates to the highest bidder.  It's not as if the parent company has been diving into a swimming pool filled with money, a la Scrooge McDuck, at any point recently.

KPFT (Pacifica) was a very important part of my life.  On two occasions I had a regular program.  When I was growing up it was the only alternative to the homogenized, pro-militarist, pro-capitalist mainstream media.  It is therefore very distressing to see the difficulties that it is going through.

However the perennial failure to achieve financial goals is telling us something that many of us just do not want to hear:  KPFT is irrelevant; that is why it consistently fails to meet its fundraising goals.

The rise of the internet to become the main source of news and information has completely destroyed KPFT's raison d'etre.

We like to consider ourselves progressive.  Shouldn't this progressivism be extended to matters of technology?  Why are we clinging to an antiquated technology?  Perhaps it is time to bid it goodbye and move on.  It is not worth letting it become a divisive issue among progressives.


I agree completely, except for the fact that it's too late vis-à-vis a divisive issue among progressives, so-called progressives, people who call themselves progressive but in reality are only a little bit liberal on a few social issues, etc.

If, as Crosier has posted extensively on his own FB wall, it's all/just about the money, then he has poisoned the well, already running dry, of financial contributors.  Who's going to give even a dollar to perpetuate this continual dysfunction, save for the few people who -- quite astonishingly, from my point of view -- still support Crosier?

It's time to pull the plug on KPFT, literally and figuratively, and Crosier is accomplishing that, whether it was his intention or not.
Posted by PDiddie at Thursday, July 20, 2017

Sounds like this has cross-pollinated with some issues at the Texas Greens' state convention.

Just a minor error in your account of events, but an important one: Mr. Kamau was not let go for failing to execute a plan - By all posted accounts, he was let go for failing to render the **outline of a plan** at all. That was his only directive. Given that he was nominated to this position back in December by the previous local board and appointed to it in January, he has had at least 6 months to formulate and publish his proposal. It may be too little too late, but if I were Crosier, I'd be looking for another helmsman (or helmswoman) too.