Progressives (and Democrats) across Texas answer to the law

-- Facing the law (but not justice):  Shere Dore, Houston's foremost advocate for the homeless, was arrested on an outstanding warrant while she was on her way to a hearing for her felony charges of striking a HPD police horse. 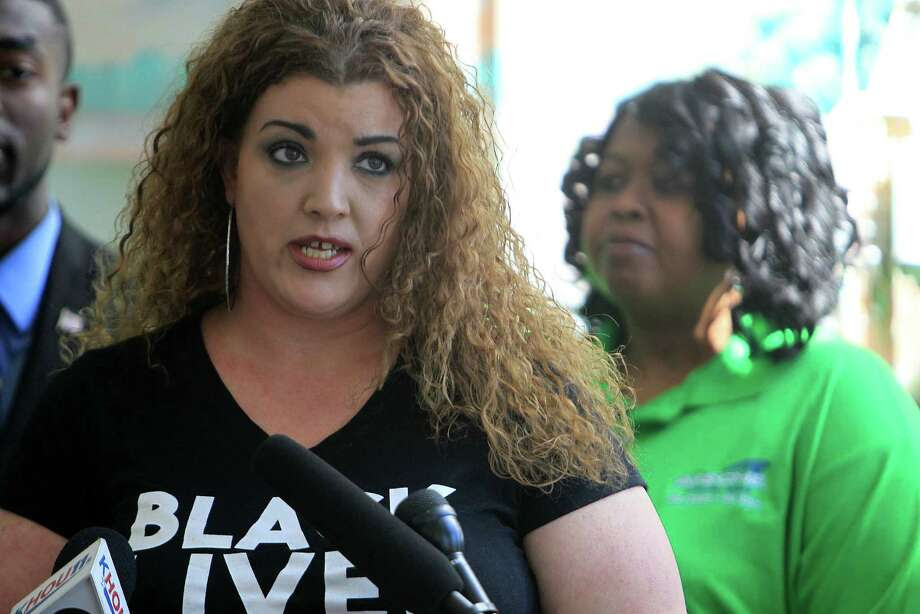 Dore and her partner were driving to the Harris County courthouse for an appearance in the earlier case when officers pulled the pair over and arrested Dore for warrants stemming from a two-year-old speeding charge.

"Law enforcement agencies have decided to set Shere up for coming out against them with her activism and various allyship," said Ashton Woods of Black Lives Matter Houston.

"They were on their way to court - the officer was literally staked out waiting for them."


No local person in my memory has been subjected to more continuous, flagrant, and obvious police harassment than Dore.

The 41-year-old was taken to the Fort Bend County jail and held pending payment of her outstanding fees, prompting the Harris County court to revoke her bond when she failed to appear.

"It is interesting that this outstanding warrant did not come up when she was arrested in November of 2016 and more interesting that it would come up the morning of her court date," said Brian Harrison, who has represented her in the Harris County case, along with attorney Jolanda Jones.

It was not immediately clear which law enforcement agency pulled Dore over Thursday.

"I don't know why they were stopped on the morning of her court date, a date which I know a number of people thought was her trial date," Harrison said.

Local activists, supporters and friends rallied around the well-known advocate for the homeless, chipping in funds to secure Dore's release. But even once she pays the $1,083.10 owed in Fort Bend, she'll still be held until a Harris County judge can reinstate her bond, Harrison said.

The Harris County felony charge - interfering with a police service animal - stems from a spirited November march through downtown Houston.

During the nighttime protest two days after Trump's election, Dore was one of a handful of demonstrators arrested after the gathering spilled out into city streets.

As an officer on a police horse named Astro started to push Dore back onto the sidewalk, Dore allegedly hit the animal with a closed fist, a charge her lawyers have consistently denied.

"I want the world to know that our clients are absolutely innocent. They have a First Amendment right to protest," Jones said after a November court date.

"I think this is one of the first indications of what's going to happen with the new president."


I think it's a clearer indication of what's actually happening with our still-kinda-new police chief and our not so new but extraordinarily weak mayor, but whatever.  This is the kind of repercussion I was anticipating just last week (see the very last sentence). 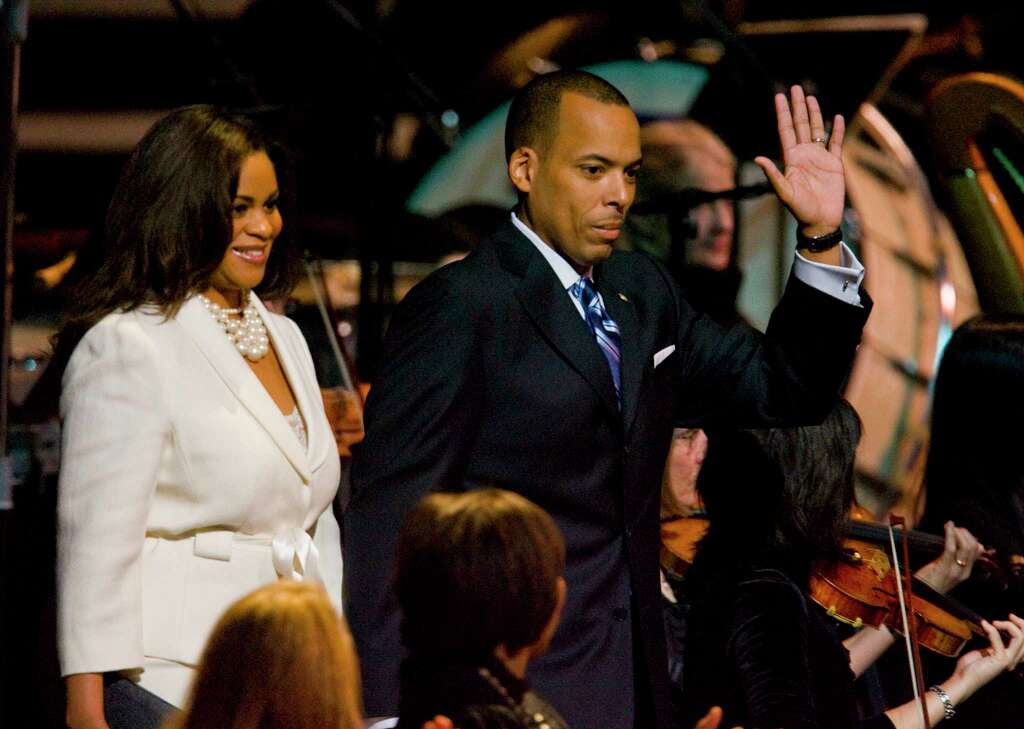 The Texas Supreme Court on Friday issued an order to suspend Harris County Justice of the Peace Hilary Green from office immediately based on allegations that she illegally abused prescription drugs, sent sexually explicit texts to a bailiff while on the bench and paid for sex.

The state supreme court had been asked to take the unusual emergency action by the State Commission on Judicial Conduct, which in May presented a 316-page document in support of an immediate suspension. That document summarized evidence it had collected in its own investigations of previously secret complaints made against Green from 2012 to 2015.

It's the first time any Texas judge has received a temporary suspension in at least a decade in a contested matter, the commission says.

The commission alleged that in its own closed proceedings, Green already had admitted to many allegations against her, including illegally obtaining prescription drugs and using marijuana and Ecstasy while she was presiding over low-level drug possession cases involving juveniles in her south Houston courtroom. As a justice of the peace for Harris County Precinct 7, Place 1, Green handles thousands of low-level criminal and civil matters a year, including traffic tickets and evictions.


So ends (let's hope) the saga of one of Houston and Harris County's most prominent black Democratic couples.  Their future as political players was once as as bright as the July sun.  Now they'll be lucky if they can avoid the big house themselves.

-- Facing down unjustice: US House candidate Derrick Crowe, a contender for the 2018 Democratic nomination in TX-21 (the incumbent is virulent climate change denialist Lamar Smith), got himself arrested outside John Cornyn's Austin office. 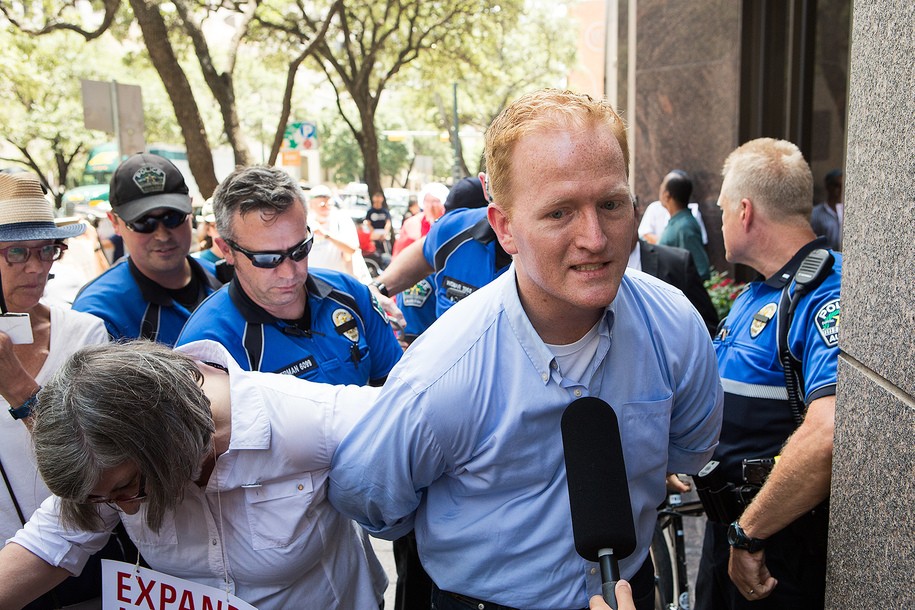 “Demonstrators waved signs, led chants and blocked the sidewalk in opposition to the Senate GOP plan to overhaul the Affordable Care Act, which would slash coverage for many and the taxes that help pay for it,” the Austin American-Statesman reported.

A coalition of local groups targeted Cornyn because he is a key sponsor of the unpopular Senate health care bill. Mr. Crowe was among a small group that chose to make an even bigger statement against the legislation.

“At about 12:20 p.m., a handful of us blocked the sidewalk,” Crowe explains in a post at Daily Kos. The act of civil disobedience was “a line in the sand against the attack on our families represented by this bill. Blocking pedestrian traffic resulted in our arrest.”


Crowe is one of a half-dozen Dems lining up to challenge Smith.  All across the state, Democrats smell opportunity amidst the overwhelming stench of fear hanging on GOP Congressional incumbents, who are running and hiding from their constituents like roaches when the lights come on.

In contrast to some of my more recent negative postings about their chances, maybe this fierce resistance (and certainly some effective organizing and a positive message) will translate into good news for a few of them.  To boil it down to one sentence: Trump can be neutralized with one chamber of Congress flipped in 2018, and turned out of office in 2020, but Democrats need to get their shit together fast.  And time's a-wastin'.

Update: Somehow I neglected to mention the federal conviction of Houston Community College Trustee Chris Oliver on felony bribery charges.  Oliver has been a candidate for city hall and also Harris County Democratic Party chair in the recent past, while still serving on the school board.
Posted by PDiddie at Monday, July 10, 2017