I thought I smelled Geraldo Rivera and Al Capone's vault

Maybe it was that dirty Coke bottle. 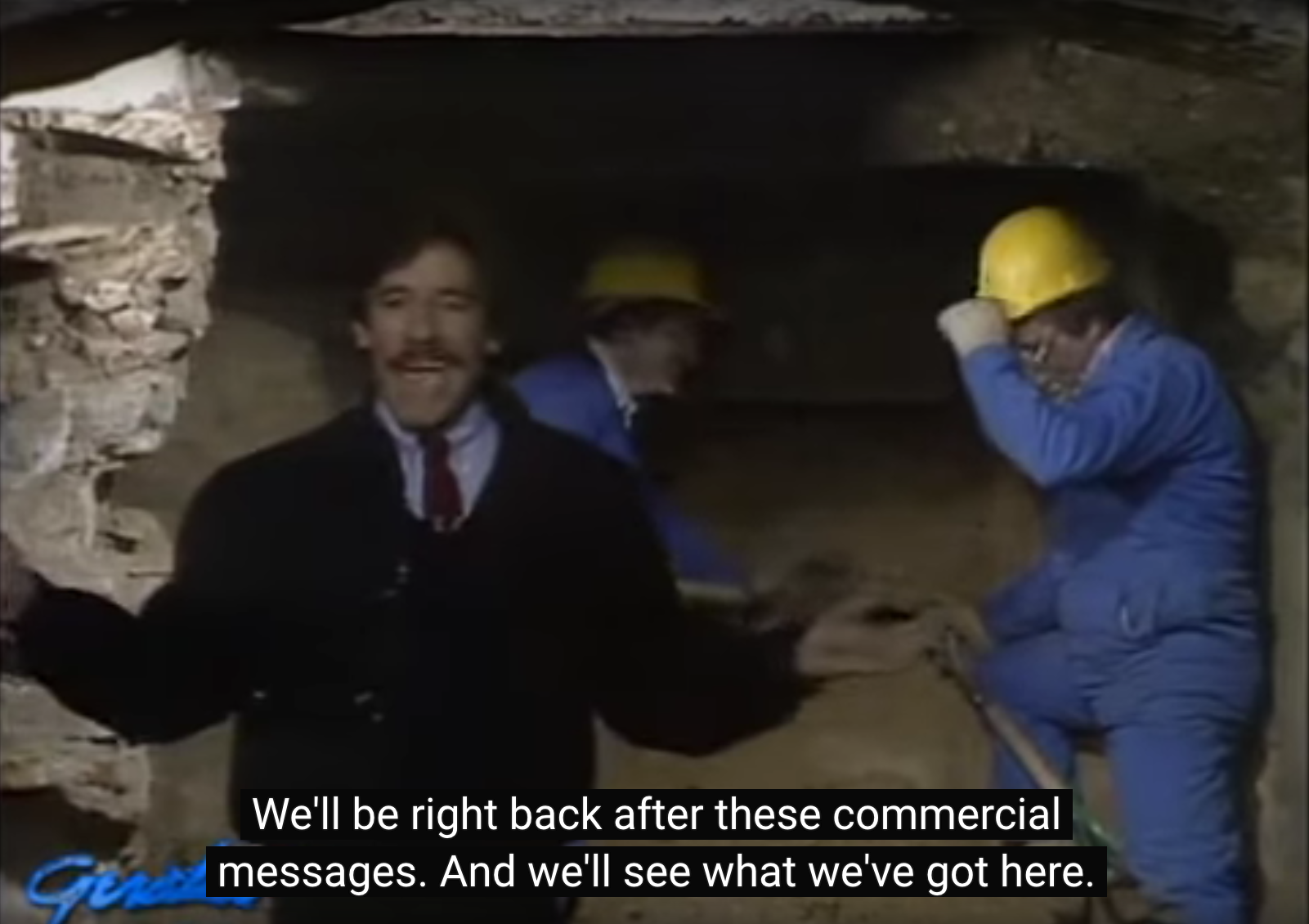 I didn't watch it (I too think Rachel Maddow is an asshole) but my wife did, and she fell asleep sometime during the first half hour.  I just watched the Twitter feed, and to say that Maddow was mocked for her typical drawing-out of the reveal -- of nothing much, it turned out -- is to call the Grand Canyon a ditch.


It takes less time to fill out your taxes than for Rachael Maddow to get to what's in Trump's taxes
— Eric Stangel (@EricStangel) March 15, 2017


Cringeworthy indeed.  I'll cut to the chase myself, via the NYT:


Nothing in the two pages produced on Tuesday night suggested any ties with Russia. Nor did they provide much information about his businesses that was not previously known. But they showed that the vast bulk of the federal income taxes he paid in 2005, $31 million, was paid under the alternative minimum tax, which Mr. Trump wants to abolish.

That tax serves as a backstop to the ordinary income tax and is intended to prevent wealthy Americans from paying no income tax at all. Without it, Mr. Trump would have paid about $5 million in regular taxes, plus nearly $2 million in self-employment taxes, on $153 million in income in 2005.

Trump wants to eliminate the AMT, natch.  Maddow got a lot of pushback from Team Trump even before her show began, and the Democrats tried to buttress... whatever it was Maddow was claiming.

Maybe more recent tax returns -- the ones Trump has refused to disclose -- will show some Russian business relationships that demonstrate the president has profitable ties to other Caucasian mobsters, as with Felix Sater.  That will be the big news if it exists, and can be evidenced, because there is as much election hacking hiding somewhere as there is a pony underneath a pile of shit.  And if nothing turns up, we'll have 3.8 more years of crying from Clinton Democrats about the Kremlin's nefarious plots to undermine our country.  Republican voters don't seem to give a damn about that presently.  What do you suppose it will take for them to believe now that Maddow has cried wolf?

Update:  From a supportive viewer, 'The night Rachel Maddow let me down'.  From Gin and Tacos: "More like Rachel Much-Ado, amirite?"  Contrary to the skepticism in the headline, his thinking is that Maddow is methodically building a case, like a prosecutor *facepalm*.  And No More Mister, also hoping this is all going to lead us somewhere.
Posted by PDiddie at Wednesday, March 15, 2017

Bob Somersby kicks her in the nads. (He's been doing so regularly since the election and her viewership spike.) http://dailyhowler.blogspot.com/2017/03/headlong-pursuit-of-nothingburger.html