Eight months before the next municipal election, Mayor Ivy Taylor is ramping up her re-election bid — shaking up her campaign and winning support of her former arch political rival.

Just a little over a year ago, things had become so strained between Taylor and mayoral challenger Leticia Van de Putte, a former state senator, that Taylor refused to shake her opponent’s hand after a debate broadcast on Texas Public Radio. But after Taylor won the bitter runoff election, hatchets were buried, fences mended and olive branches extended.

This week, the two stood side by side at a Taylor fundraiser in Terrell Hills that raised $180,000 for her re-election bid and where Van de Putte heaped praise on the mayor.

“I generally thought I was better suited to be mayor simply because of my experience and maybe the style of leadership I have. I knew Ivy to be a good administrator,” Van de Putte said in an interview with the San Antonio Express-News Thursday, describing what she said at the fundraiser.

“But she’s stepped up to the plate and she has shone. And so it is with those results that I wholeheartedly stand in support, and I said, ‘Voters got it right,’” Van de Putte said of her endorsement. 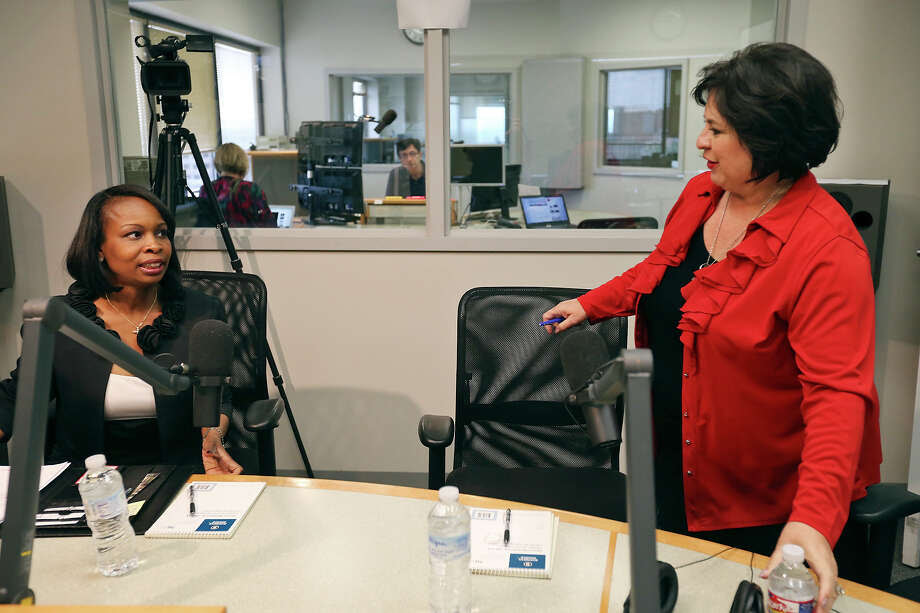 As a commenter at the OP noted ...

If Van De Putte can deliver the Latino vote to a token black anti-LGBT Republican with an ethics background that is totally shameful and who's in the lobby's fold, Latinos are in serious trouble. But the fact is she couldn't deliver it for herself, why should we think she can do it for Taylor. She's probably already lined up the city's lobbying contract for her and her Rino (Republican-in-name-only) friend Hope. At some point Leticia, it's time to move on and let the next generation of qualified and ethically responsible leaders step up and move the city in a transparent and accountable manner.

Bexar County Latin@s have, as throughout Texas, failed to drive their voters to the polls and take back (or take over) the city, county, and state for conservative Democrats since the Anglo Dems became Reagan Republicans in the Eighties.  Thus the Anglo Republicans -- we'd have to call them moderates for the most part -- and their considerable wealth are the ones who run the show.

Van de Putte, who is now a lobbyist with former Secretary of State Hope Andrade, lauded the mayor for several accomplishments since she took over leadership of San Antonio, including ...

According to an email sent to a contributor, about 150 people attended the Wednesday fundraiser for Taylor that raised $170,000, nearly doubling what she had reported was left in her account on June 30. ...

Taylor’s bid was notable because she entered the race late, having originally said she wouldn’t seek the elected position after being appointed to the seat in 2014, and was under-funded in the race that included Van de Putte, former state Rep. Mike Villarreal, D-San Antonio, and former Bexar County Commissioner Tommy Adkisson.

Taylor said in a statement that she would still work with Red Print Strategies, a Washington-based Republican consulting firm. But she said it would be Anderson running the local operations.

"Van de Putte, who is now a lobbyist with former Secretary of State Hope Andrade ..." is just one nugget of data in this piece that reveals the merging of pro-business Democrats and Republicans in Texas.  It's an adjunct of the damage Trump is wreaking upon the GOP, and to a lesser degree the rejection of Hillary Clinton as the kind of Democrat that many longtime liberal Democrats can unite behind.  Neither group of centrists wants to be associated with its base of so-called 'extremists', the people who for the most part turn out for GOP primaries and don't in the Democratic one.

We're witnessing the birth of a modern-day American Tory Party.  It's likely to be the third party that everybody who isn't a progressive or a Tea Partier will ultimately join.  If either the Dems or Repubs can succeed in chasing off their base, they'll co-opt the name and ballot line of the hollowed-out shell of the former duopoly member and assimilate it.

And for the time being, they'll praise this as "bipartisanship", in the same manner as it is presented by the Commission on Presidential Debates.
Posted by PDiddie at Friday, September 09, 2016

Good fucking doorknob on VDP. Time to get more, and better, Greens running for more offices with Dems like that.

Of course, Very Dammed Putty, to the degree she's still a Dem, probably thinks apps are the answer to GOTV, right? http://socraticgadfly.blogspot.com/2016/09/why-texas-dems-will-keep-on-losing.html