Colin Powell agrees with me

This election sucks all around.

"A national disgrace" and an "international pariah."  (Indeed he is.)

"Greedy", "unbridled ambition", and "everything (she) touches she kind of screws up with hubris".

It does make you wonder if Powell might vote for the stoner who blanked on Aleppo, though.

It's disappointing to me, as you may have previously suspected, that Gary Johnson and Jill Stein haven't gotten more traction in the past month or so.  Duopolists would rather just call them unqualified, but I cannot find any redeemable qualities in either Trump or Clinton to merit my vote.  Is 85% of the electorate so deplorable or terrified that the only option they see outside the blue/red box is to tap out?

Seems to be the case.  While we wait for polling that will reveal whether Clinton's lead has been further dented by her own hand, some of the goat entrails available to us push the needle back to the right and forth to the left (not the actual left, but as represented by the Democratic Party.  I consider that an important distinction to make, since I don't consider the Democrats to be all that left any more except on a few social issues).

Hillary blew a lead to Obama in 2008, beginning in January that year in Iowa.  She almost choked up the "inevitable" nomination to Bernie Sanders this year.  There is certainly enough doubt that she could not have won without all of the DNC's cheating on her behalf.  In historical context, why should we be surprised that she's giving way to Trump?

She really is that bad.  She's lucky she's running against Trump.  I'm still not going to be choosing either evil, however.  And whether you would vote for a third-party candidate or not, they should be allowed to participate in the debates (and a majority in a recent survey of likely voters agrees). 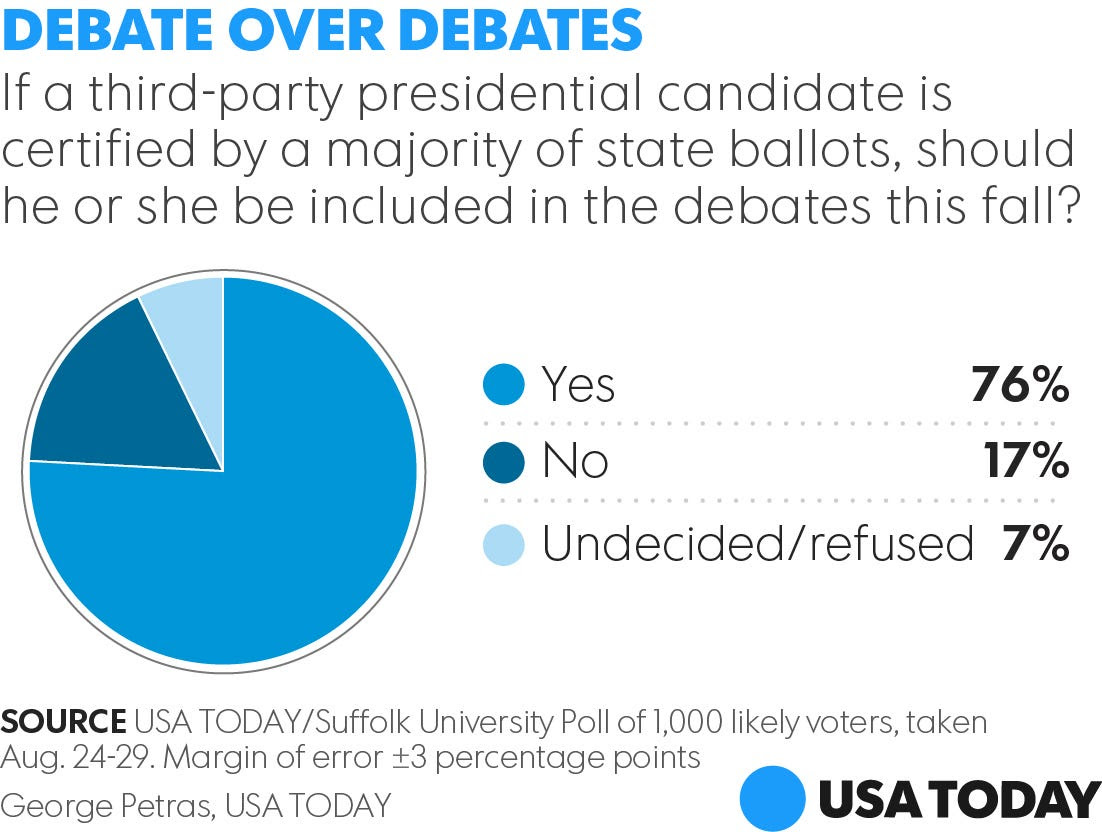 So sign the petition.  Unless you just like the system the way it is.  Rigged.
Posted by PDiddie at Thursday, September 15, 2016