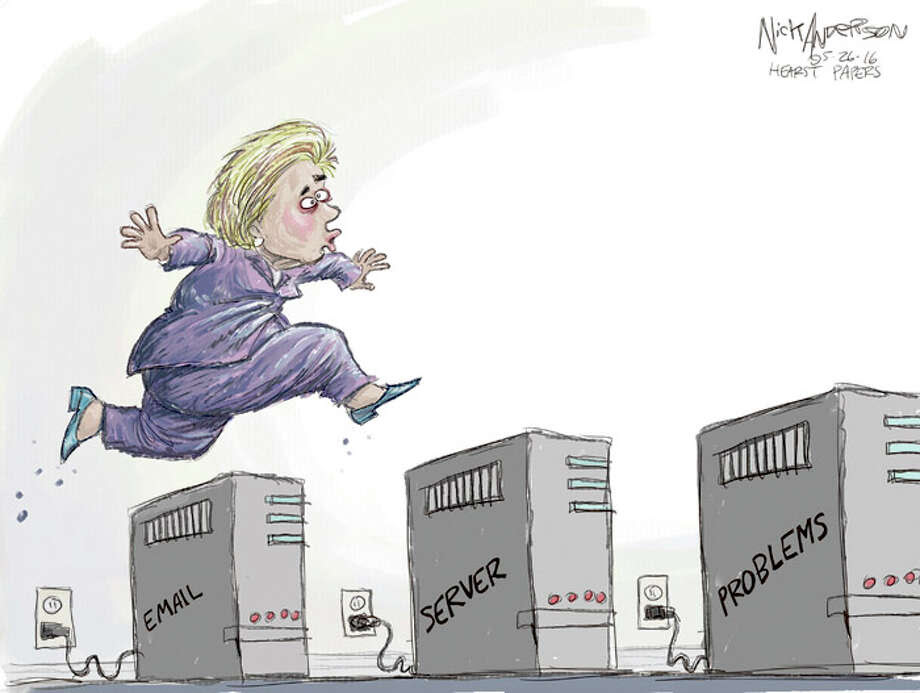 This was the foulest load of crap I read on the topic yesterday.  It covered nearly every space on my Brockhole Bingo card. 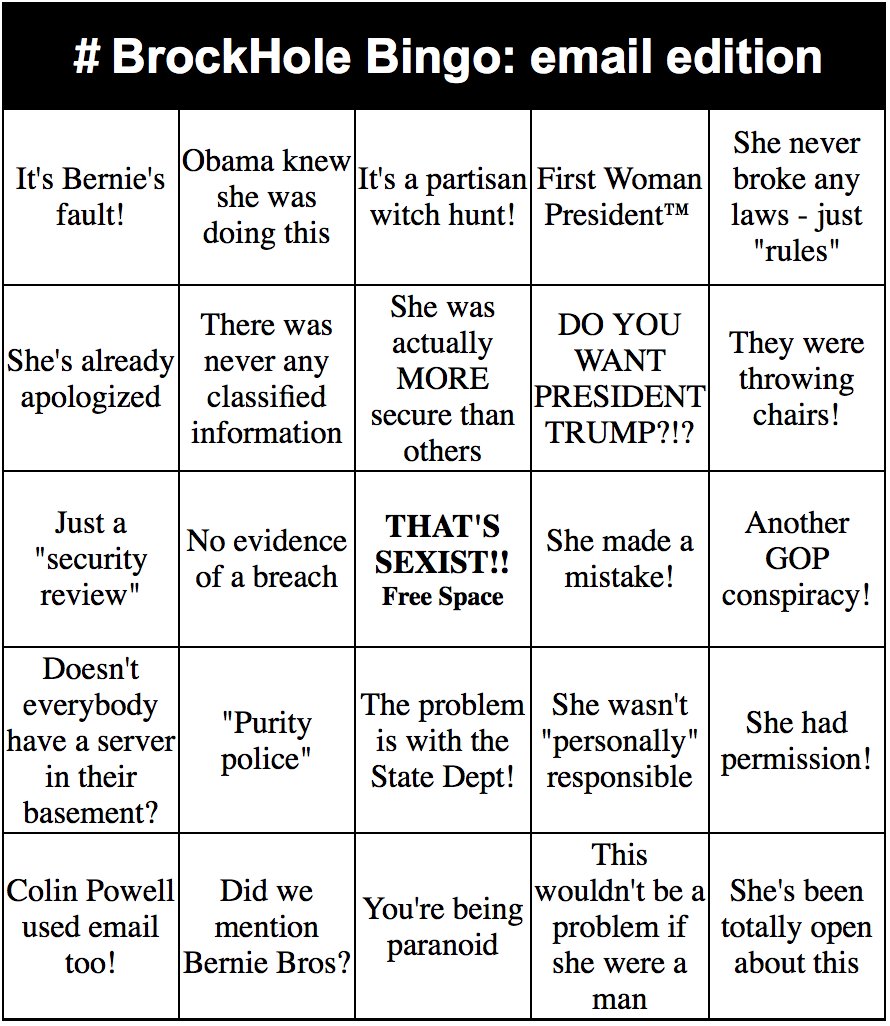 Let's establish that my primary objection isn't the casual dismissal of this matter by Hillary Clinton herself -- I would expect no less than her condescending rejection at this point -- but the stubborn and rigid attempts of her lickspittles to aggressively discount her probable violations of the law with logic like "I don't care" or "nothingburger".

This is both Nixonian and Dubya-like in its unquestioning faith placed in a corrupt leader.

Once the FBI investigation concludes with no indictment, nobody -- but nobody -- will have the power to hold Hillary Clinton accountable to anything except the people resolutely lined up behind her.  She certainly doesn't give a good goddamn what anybody else thinks.  She will only hear the calls for full disclosure with the expectation of bringing an end to this episode if the stooges currently defending the indefensible rouse themselves from their intellectual torpor and start to question a few things.

In other news: a Trump/Sanders debate.  Priceless.
Posted by PDiddie at Thursday, May 26, 2016

There's some very thin skins at that "load of crap" site ... I was threatened with being blocked after calling the piece "a load of crap" in comments.

Oh, feel free to link to this sometime. Thanks to the magic of TweetDeck, if Her Royal Corruption is the Dem nominee, I'll be playing it regularly:
http://socraticgadfly.blogspot.com/2016/02/many-clintonistas-seemingly-think.html

Just ridiculous and pathetic. Like Ted's, another voice gone so stupid and unreasonable that I have to just cross them off. Life is too short to deal with the swelling volume of Democratic ignorance I'm seeing.

I woke up one day and found out that I was now the god of knowledge and all others who had different opinions were just full of crap.

It is great to be a god and never be wrong.