On this Easter Sunday, as believers and non-believers alike celebrate the return of Chocolate Jesus, the gay agenda is slowly but surely replacing the traditional values that this country was founded upon. 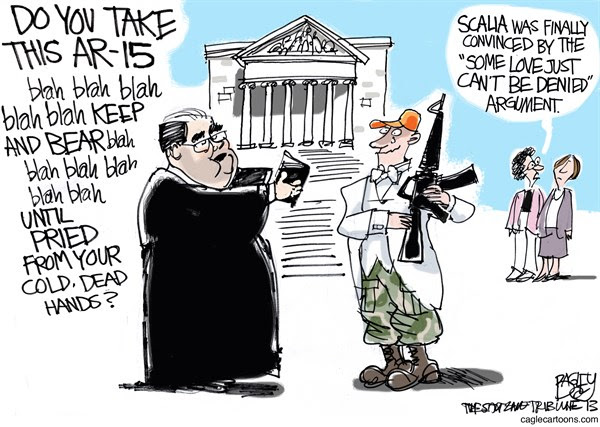 "The Supreme Court heard arguments on the constitutionality of same-sex marriage. It could be a major blow for those who believe that marriage should be between two bitter and eventually overweight people of the opposite sex." 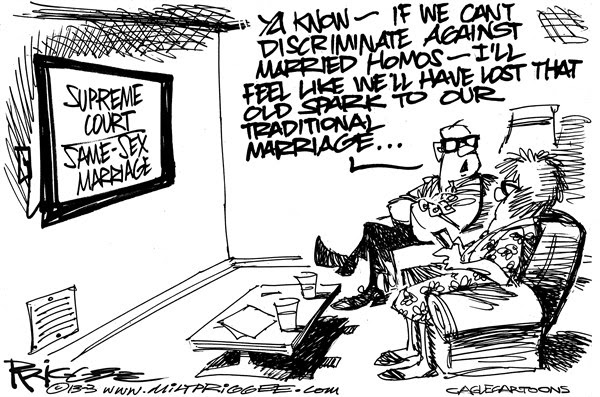 Justice Ruth Bader Ginsburg: You're saying there are two kinds of marriages: the full marriage and then this sort of skim-milk marriage.

Stephen Colbert:  Yes -- skim milk marriage. I have always suspected that skim milk was gay. I mean, for god's sake, it's got "homogenized" right on the carton. And please: don’t call me a bigot just because I'm lactose intolerant! 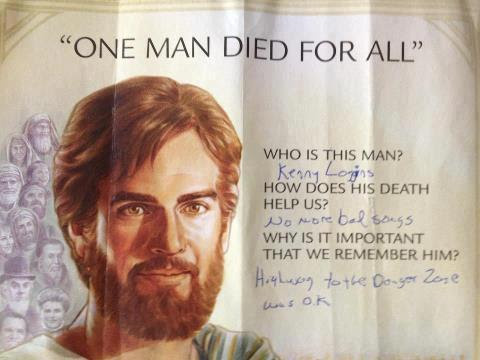