Normally I leave the fundraising reporting to those that groove on it.  But occasionally it's newsworthy, and this is one of those times. 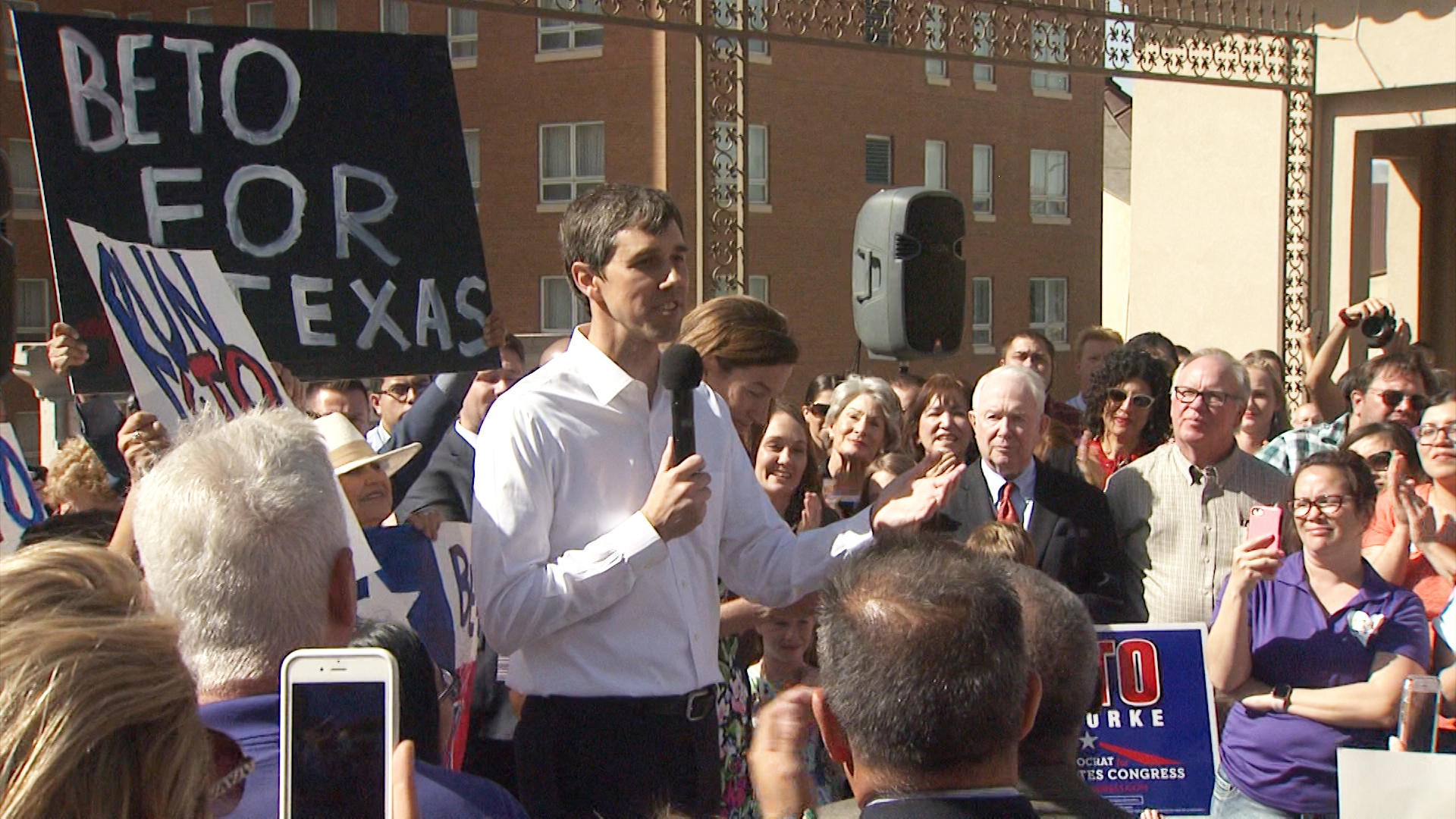 -- Beto O'Rourke out-raised Ted Cruz, and he did it without PAC money, or big donors, or out-of-staters, like that Blue Dog loser Jon Ossoff.  He merits kudos from The Intercept for his Bernie Sanders-style fundraising, also his (finally) unqualified support for single payer.  Let's pick out just a little of Ryan Grim's piece for consideration.

But the way O’Rourke is raising money changes the game. The El Paso congressman does not have much in the way of a national fundraising network, has refused corporate PAC money, and is known among his colleagues to be a less-than-enthusiastic fundraiser. That’s the kind of lawmaker who often had little future in Washington — but exactly the kind many grassroots Democrats would like to see rise. The type of person who is good at spending hours a day with doctors, bankers, lawyers and other professionals who can write four and five-figure checks is a) probably not hard-wired to be a conviction politician and b) vulnerable to have their politics diluted just by virtue of the conversations they’re having day in and day out.

Former Rep. Tom Perriello, D-Va., said that spending so much time on the phone fundraising winds up creating “an enormous anti-populist element, particularly for Dems, who are most likely to be hearing from people who can write at least a $500 check. They may be liberal, quite liberal in fact, but are also more likely to consider the deficit a bigger crisis than the lack of jobs.”


On the other end of the spectrum, Greg Abbott announces for re-election today with gobs of money in the bank and no challengers. His lips are ready to smooch the backsides of the big check-writers.

Despite criticism, Abbott remains a popular figure among Republicans statewide and has a campaign kitty that will be daunting to any potential challengers. He had more than $34 million in his campaign account in January, and that number is expected to grow when new fundraising totals are announced shortly.


Let's just go ahead and acknowledge that we're not going to be rid of Helen Wheels until he decides to run for president.  And since he can do so and remain governor after losing a White House bid, perhaps not even then.

If the special session does not go his way, will it damage him politically?  I think the opposite, candidly.  First, note that Texas is already losing commerce to other states for the first time in over a decade (that's at least two oil slumps ago, not counting the current one) and if he and Dan Patrick ram through the bathroom bill, that will hurt the state's reputation for a welcoming bidness climate even further.  But it is the capitalist titans inside and outside Texas that are going to have to make him pay the price for his governmental intrusion and over-reach into our private lives: in corporate or branch relocations reconsidered, in conventions and events like the Final Four canceled, and in their reduced, or embargoed, or eliminated campaign contributions to him.

To the GOP base, though, he'll be martyred on a toilet in a transgender-friendly restroom.  He'll have fended off the primary challenge from Lite Guv Goeb, and he'll have the Christian Soldiers marching onward as to war for him.  He wins by losing (if he loses, and Joe Straus has to be feeling pretty lonely these days).

Despite widespread alarm over the breadth of Russian cyber attacks on state and local election systems last year, including revelations of Dallas County being targeted, Harris County officials are refusing to say whether hackers similarly took aim at the nation's third-largest county.

The county's argument was dismissed by experts, who said the secrecy is unnecessary, and could actually downplay the seriousness of the threat and the resources needed to combat it.


So ... 'don't ask, don't tell, maybe it will go away' seems to be the strategy.  This strikes me as pluperfect Stanart.  Did you know that a number of voters greater than one out of every four say they are considering not voting because of fears of the elections being hacked?

More than a quarter of recently polled registered voters say they will consider not casting ballots in future U.S. elections because of hacking concerns, with 27 percent saying they may stay home from the polls when the 2018 midterm elections roll around.

That number could mark a challenge during the midterms, with the possibility of as many as 58.8 million of the more than 200 million eligible voters choosing to stay home, according cybersecurity firm Carbon Black. The June survey of 5,000 people found a lower level of confidence in the overall voting process compared to data collected prior to most recent presidential election.


This is what Democratic paranoia hath wrought.  So in a perverse way, maybe Stanart's office is on to something.  We certainly don't need any more vote suppression efforts, especially not those borne out of Clinton Democrats' fever dreams.

There has been a lot of Moscow-on-the-Potomac to digest this week.  Maha has a good summary, including that McClatchy piece that Gadfly has already skewered.  But her lede is slightly buried.

To those who are certain the Trump/Russians stole the 2016 election, I would like to point out that if the Clinton campaign hadn’t been so brain dead, there would have been fewer vulnerabilities to exploit. Ultimately, it was Clinton’s election to lose, and she lost it. She might very well have lost it had the Russians done nothing at all. Historians will probably be arguing the point for the rest of eternity. But this is about something bigger than who won the election.

-- I also have some thoughts coming on the dispute between Caitlyn Johnstone and Yoav Litvin (and some who have responded ahead of me) over the potential direction and alliances of the Green Party, specifically David Cobb's role in said, in the middle of it all.  BTW, the Greens' national meeting is happening right now in Newark, NJ.
Posted by PDiddie at Friday, July 14, 2017

You already know what I think of Cobb. You probably saw that Frank's piece opened my eyes some on Johnstone.

Oh on Beto? Per the Intercept piece, also nice that he's not totally in the Israel lobby's pocket, you know?