The Texas Progressive Alliance sends condolences to all who are mourning the untimely passing of Congressman Elijah Cummings.

Maryland Rep. Elijah Cummings will lie in state in National Statuary Hall at the U.S. Capitol on Thursday, ahead of a funeral service.

There will be a public viewing in the two-story chamber following a formal ceremony for members of Congress, the Cummings family and invited guests on Thursday morning, House Speaker Nancy Pelosi announced.


In this week's edition of the best of the left from around and about Texas, Trump held a rally in Dallas, while Beto countered it with one of his own. 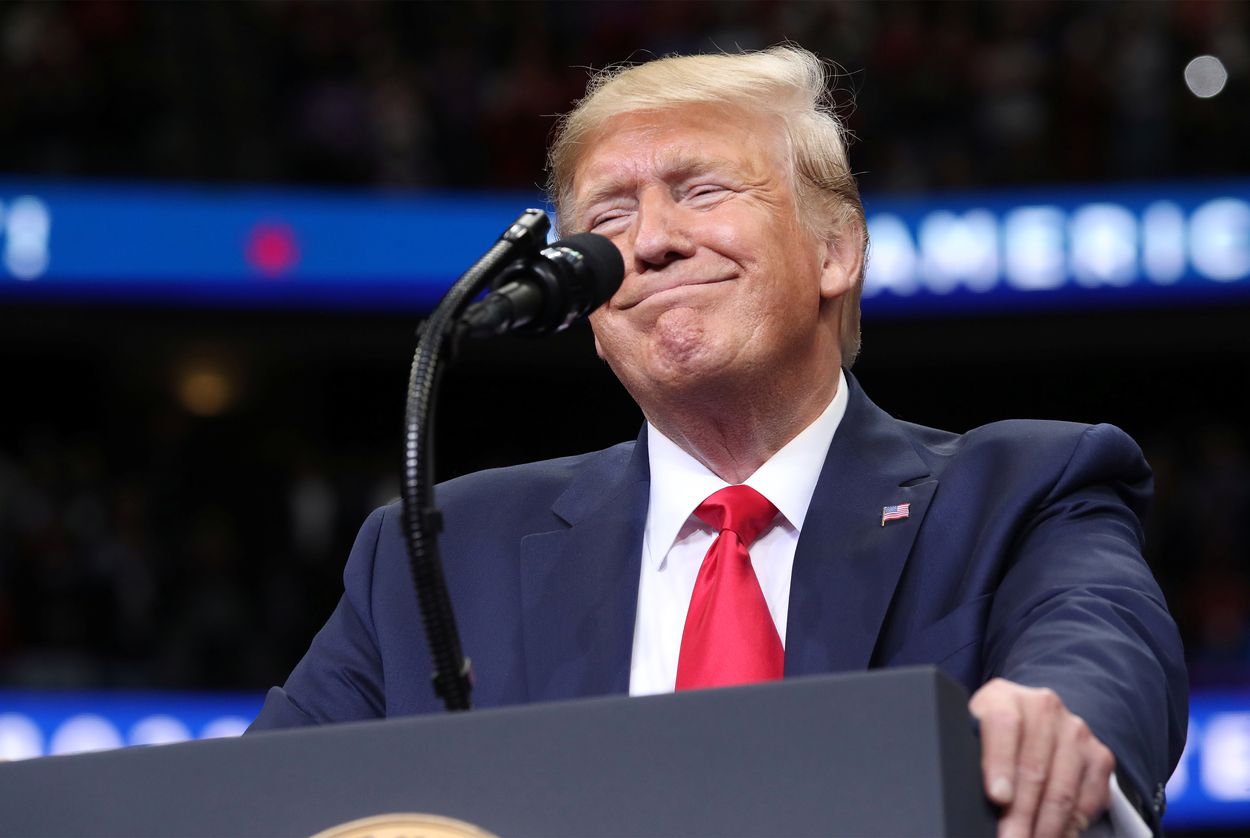 “Texas is not in play,” he said to raucous chants of 'four more years' from a packed crowd of supporters at the American Airlines Center. “Donald Trump is not going to lose Texas; I can tell you that.”

Unsurprisingly, O’Rourke had a different assessment on Texas in 2020, telling supporters that the work they did in his near-miss U.S. Senate race last year put the state in play.

“You ensured that the 38 Electoral College votes here in Texas can be won and can put Donald Trump away forever,” O’Rourke said.

Addressing a smaller crowd at an counter-rally in Grand Prairie, O’Rourke called on Texans to reject the “false bullshit fear of Donald Trump,” especially when it comes to immigration and the rhetoric that fueled the deadly August shooting in his hometown of El Paso.


Recent polling, as well as the words of the speaker of the Texas House -- on a clandestine tape recording finally released this past week -- suggests that Beto is right and Trump is wrong.  And it wouldn't be a Trump rally without something stupid said by Trump.


During his rally in Dallas, President Trump told the crowd Texas leaders kept “calling me for money” after Harvey, adding “You made a fortune on the hurricane.”


Trump's ignorance notwithstanding, the 'Ike Dike' is generating concerns about its expense and functionality, as the Chron reported.


Circling back, Scott Henson at Grits -- no partisan, he -- ties two things together.


I did not personally believe Texas would be in play for Democrats until the Bonnen/Burrows/Sullivan audio came out. Now that the obvious TX Dem message for 2020 is "Republicans 'hate cities and counties,' do you live in one?", I have begun to reconsider. https://t.co/5Z4ZjdbWRh
— Grits4Breakfast (@Grits4Breakfast) October 19, 2019


Regarding l'affaire Bonnengate, the matter that has had all of Austin's Lege watchers a-Twitter for weeks now ... the boil was lanced, and statehouse Republicans who would like to install a Freedom Caucus fire-and-brimstoner in 2021 were finally allowed to erupt in righteous indignation.  Their Democratic counterparts opted to keep their powder dry for now.

Stephen Young at the Dallas Observer considered the effect of the tape on the speaker's political future.  Kuff rounded up reactions to Bonnghazi.  Matt Goodman at D Magazine dug into the hatred expressed towards cities and counties by Bonnen, and the Rivard Report compared him to his predecessor, Joe Straus, and found him lacking.

In the aftermath of last week's Democratic presidential debate -- PDiddie at Brains and Eggs scored the winners, losers, wieners and loosers -- the two favorite sons of the Lone Star State aren't faring particularly well.  SocraticGadfly blogged about Beto (aka Bob on a Knob) O'Rourke batting 0-2 on recent constitutional issues.  And poor Julián Castro is threatening to drop out again if he can't collect enough cash by the end of the month.


Dos Centavos explained his previously-presented Stace Slate for H-Town's elections.  And PDiddie also posted his P Slate (for mayor and at large council races, with more to come).


And in social justice (or the lack thereof) headlines ...


texas is an open carry state, her gun was legally owned, the cops never announced themselves as cops, and she saw strange men slowly creeping through her yard

this is exactly the scenario the NRA & republicans tell us owning a gun is for, and it’ll be used to exonerate the cops. https://t.co/ToBjCDxYkV
— autumnal isi breen (it's pronounced ‘izzy’) (@isaiah_kb) October 16, 2019

It's an image of death I haven't been able to shake for weeks. This homeless couple who died holding each other after being struck by a hit-and-run driver. Thank you @sarahesmith23 for showing us who they were in life. https://t.co/gWS3cJOuTk
— Mizanur Rahman (@Mizanur_TX) October 16, 2019

More than 13 million people nationwide are at risk of unenrolling from Medicaid and the Children’s Health Insurance Program as a result of the proposed public charge rule. https://t.co/A7qjQGXplm
— Texas Observer (@TexasObserver) October 20, 2019

The state of Texas needs to make sure they are getting this right @GovAbbott https://t.co/un3z6VsAIE
— Mark Cuban (@mcuban) October 16, 2019


And a Texas federal judge ruled that medical doctors could refuse care to transgenders as a violation of their religious freedom, striking down part of Obamacare in the process.

Judge Reed O’Connor in the Northern District of Texas vacated an Obama-era regulation that prohibited insurers and providers who receive federal money from denying treatment or coverage to anyone based on sex, gender identity or termination of pregnancy.

It also required doctors and hospitals to provide “medically necessary” services to transgender individuals as long as those services were the same ones provided to other patients.

His ruling is likely to be appealed.


TransGriot celebrated the opening of an LGBTQ center at Prairie View A&M.

Spanish language media pioneer Emilio Nicolás -- he founded what has grown into Univision -- passed away earlier this month.  Services are this afternoon.

“His contributions go beyond even just Spanish language media,” said Luís Patiño, his former understudy at Univision San Antonio and now the president and general manager at Univision Los Angeles. “I think his contributions for the Hispanic community, in general, are probably understated in most cases. People need to realize how important it was in the 1950s -- when in most places in South Texas you weren’t even allowed to speak Spanish -- that he and his partners went out of their way to create the first Spanish radio broadcast station.


Some lighter stories to close this Wrangle.


In case you missed it: Houston rapper @TRAEABN presented a woman who had been carjacked with a check for $10,000 and her F-150, newly repaired. https://t.co/1gPanuwLOs
— Texas Monthly (@TexasMonthly) October 18, 2019


And a new biography of Janis Joplin by Holly George-Warren, reviewed by Karl Richter at the Texas Observer, explores the iconic singer's 50-year legacy.