With this week's lefty blog post and news roundup, the Texas Progressive Alliance has eaten enough turkey sandwiches, soup, casserole, and other turkey leftovers and would like some Tex-Mex (or Italian, or Chinese, or sushi, or...) 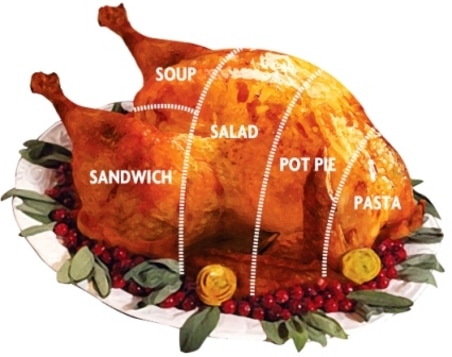 Off the Kuff notes that the odds are in favor of at least a couple of Democratic Congressional pickups in Texas.

SocraticGadfly takes a look at Cooperstown this week with a trio of posts. First he offers his thoughts on the new Hall of Fame ballot, with who he thinks will make it, should make it, and should not make it. Second, he salutes Joe Morgan's comments on steroids users. And third, he offers his thoughts on the Hall of Fame Veterans Committee ballot.

With Gene Green's retirement, Congressional District 29 has an opportunity to move left.  How far to the left is the question, and PDiddie at Brains and Eggs has an answer.

The Texas Observer's account of a Mesquite man mistaken for a burglar, shot twice by police, shackled to his hospital bed, and barred from seeing his family is demonstrative of the fact that many police officers have learned nothing from the multiple instances of abuse of their authority over the last few years.

Grits for Breakfast is amazed at the lengths that the Texas Court of Criminal Appeals will go to ignore police misconduct and uphold dubious convictions.

Ty Clevenger at Lawflog writes that the Texas Department of Public Safety is being investigated for forgery, and it's all because of Snoop Dog.

The Lewisville Texan Journal's editor announces the newspaper's plans to return to a limited print publishing schedule, along with the details of a profitability model (as a non-profit entity).

jobsanger sees how Congress has protected the sexual abusers within its halls -- it's a bipartisan effort -- and then uses taxpayer funds to pay the damage claims.

Texas Leftist returns after a hiatus to prepare for 2018 candidate questionnaires.

And Millard Fillmore's Bathtub has a glorious thread of photographs of great authors and the machines they used to write with.

In a few hurricane-aftermath-related stories, Democracy Now! asks if Houston's recovery will remediate or exacerbate Houston's inequality.  Texas Vox wonders who is going to pay, emphasizing the suggestion that perhaps it is time for those who have both contributed to climate change and profited from it to do so.  And as Houston moves on from Harvey, Travis Bubenik at HPM takes note of the scientists moving in.

The Texas Tribune's Ross Ramsey states the obvious: politicians will start taking sexual harrassment seriously just as soon as voters do.  Echoing that sentiment, RG Ratcliffe at Burkablog thinks the timing of Joe Barton's sexcapade is going to enable him to skate past the worst of its effects on his career.

PoliTex, in their weekly roundup of North Texas political items, expands its view to Fort Bend County, noting that the woman with the now-infamous 'bumper' sticker, amended to include the county sheriff in her instructions, is offering them for sale.  To that end, The World's Most Dangerous Beauty Salon has the stocking stuffer you're looking for. The Rivard Report offers some tips on avoiding cybercrime.

The TSTA Blog wants us to stop taking educators' votes for granted.

Nonsequiteuse says the way to fight gentrification is to buy local.

And The Lunch Tray has some suggestions for helping kids in need.
Posted by PDiddie at Monday, November 27, 2017