So glad that I lived long enough to see it.


In one of the most evenly matched, hard-fought and thrilling World Series of all time, it's fitting that fans were treated to a winner-takes-all Game 7.

In the end, it's Houston that gets to celebrate.

The Astros -- whose first season was in 1962 -- are World Series champions for the first time in franchise history, defeating the Dodgers 5-1 in Game 7 at Dodger Stadium in Los Angeles and completing a Fall Classic for the ages.

"You know what, Houston?" Astros manager A.J. Hinch said in an interview on the FOX broadcast. "You're a championship city."


We knew that already, but it's nice to have bragging rights.

In January of 1962 I was a kindergartener.  About a hundred miles to the west, six men fired pistols into the dirt, less than five miles from where I live today. 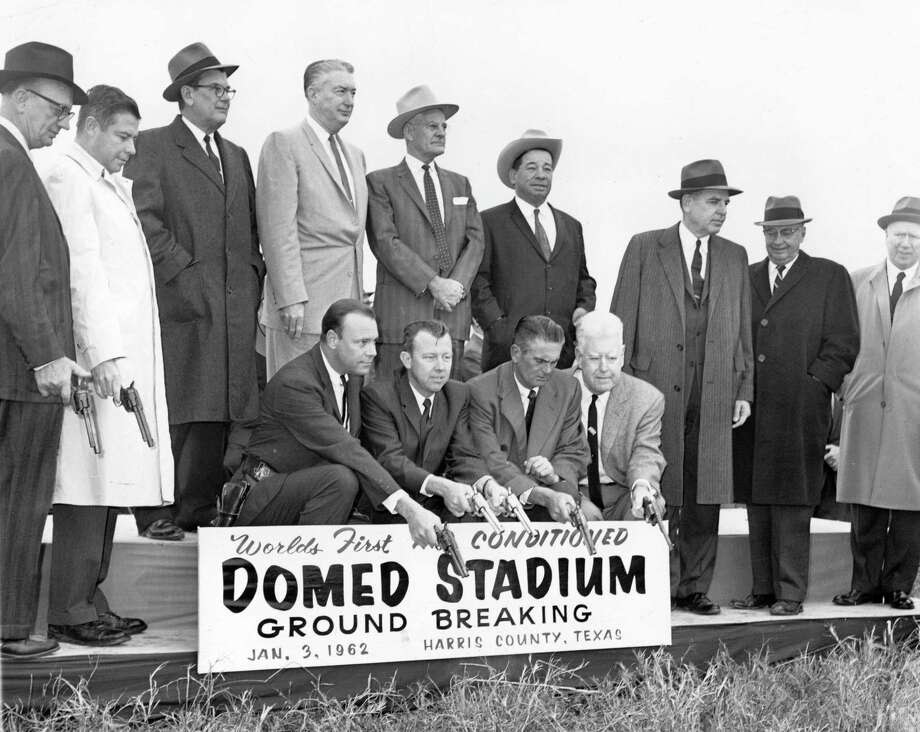 That summer the Houston Colt .45s lost 96 games, completing their inaugural season 8th in a ten-team National League, 36.5 behind the San Francisco Giants, who won 103 but still finished in a tie with their longtime rivals, the Los Angeles Dodgers.  A three-game playoff for the pennant was won by San Fran, which became the first NL champion in the 162-game/season era.

Baseball history has a discernible symmetry.

That World Series of '62 was ending just as the 13 days of the Cuban missile crisis was beginning.  Mi esposa futura and her familia had emigrated from the island nation, illegally by the new rules of Fidel Castro's government, the year before (story here).  I was a first-grader in Mrs. Rafferty's class at Averill Elementary in Beaumont, Texas.  Our school held bomb drills, where we would take cover under our desks.  As I look back on it now, this must have been a ploy to calm children about the current events.  Surely our teachers were smart enough to understand the futility of hiding under a school desk in the event of nuclear attack.

In light of recent developments in our country's relations with North Korea, it's apparent that history at large also has some parallels.

The Astros' -- err, Colt .45s' best player in '62 was probably Bob Aspromonte, who began his career with his hometown Brooklyn Dodgers.  Their best pitcher, Bobby Shantz.  A friend of mine in Ambler, PA, where Shantz lives, reports that in his varied capacities as a municipal employee in that city, used to read Shantz's meter (gas, I presume).

The team began play in a rickety old stadium constructed on the northwest corner of the vast expanse of land -- most if not all of it belonging to R. E. "Bob" Smith -- that today incorporates NRG Stadium and the now-decrepit Astrodome.  If you drive north on Kirby between the Loop and Main and pause a bit before you reach the stoplight at La Concha (south of where the Holiday Inn sits to your right) and take a glance at the parking lot, you'll see a lightpost that is rumored to be the marker for home plate at Colt Stadium.

Tickets were pretty cheap and easy to come by in those early years.

In 1964, the year my kid sister was born, the team renamed itself Astros, after the country's budding space program, and opened the Dome.  Nolan Ryan once said that he would drive up from Alvin to stare at the giant hole in the ground as it was being constructed and wonder how baseball was going to be played in it. 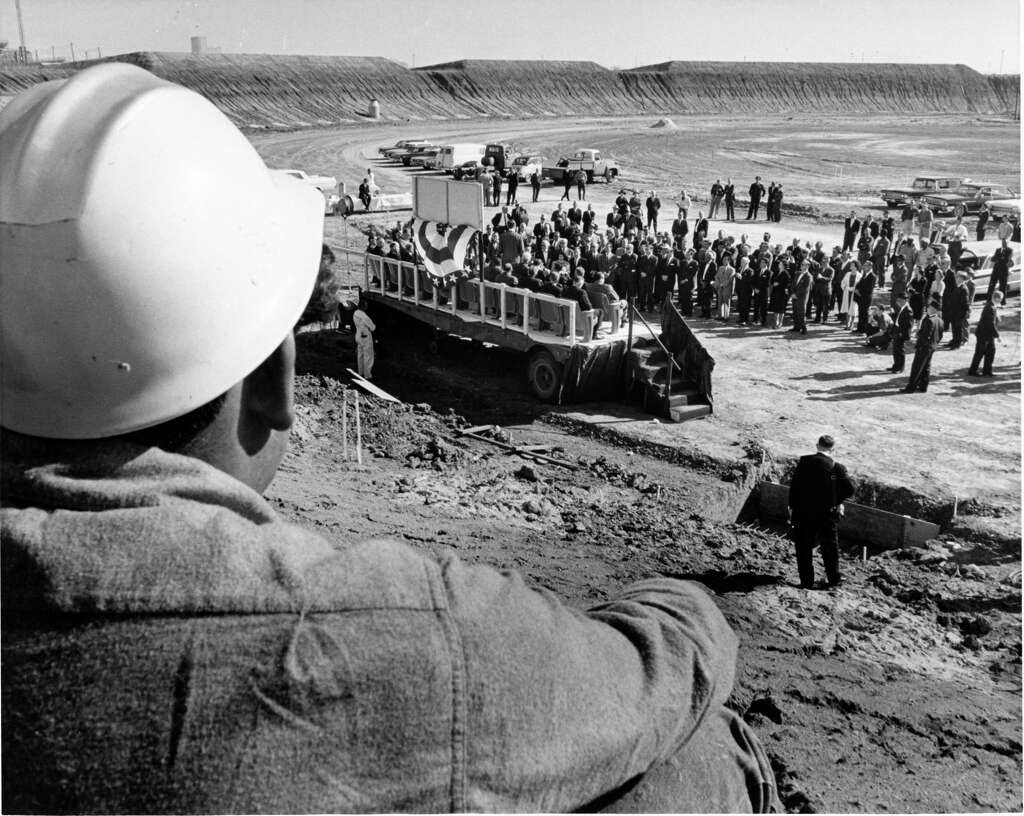 By the time I was eight or ten, my Dad would drive us over for a game or two each year.  I was an Astros Buddy (Lee May).  I recall a few late night drives home after games.  Dad was a real fan to make that commute on a weeknight when he had to be at work at 7 the next morning.

One great memory of a game we attended in the late '60's was against the Cincinnati Reds and Pete Rose and Johnny Bench and all those great Big Red Machinists.  We had box seats down on the third base side, and a man who was the spitting image of Sergeant Vince Carter from 'Gomer Pyle USMC' -- right down to the tight square crew cut, wide eyes, flared nostrils -- was sitting behind us.  He was mostly quiet throughout the game, but when Rose came to the plate and crouched in that signature batting stance of his, Sgt. Carter would start screaming things like, "STAND UP, PETE! YOU'RE A BIG BOY!" and such as that. 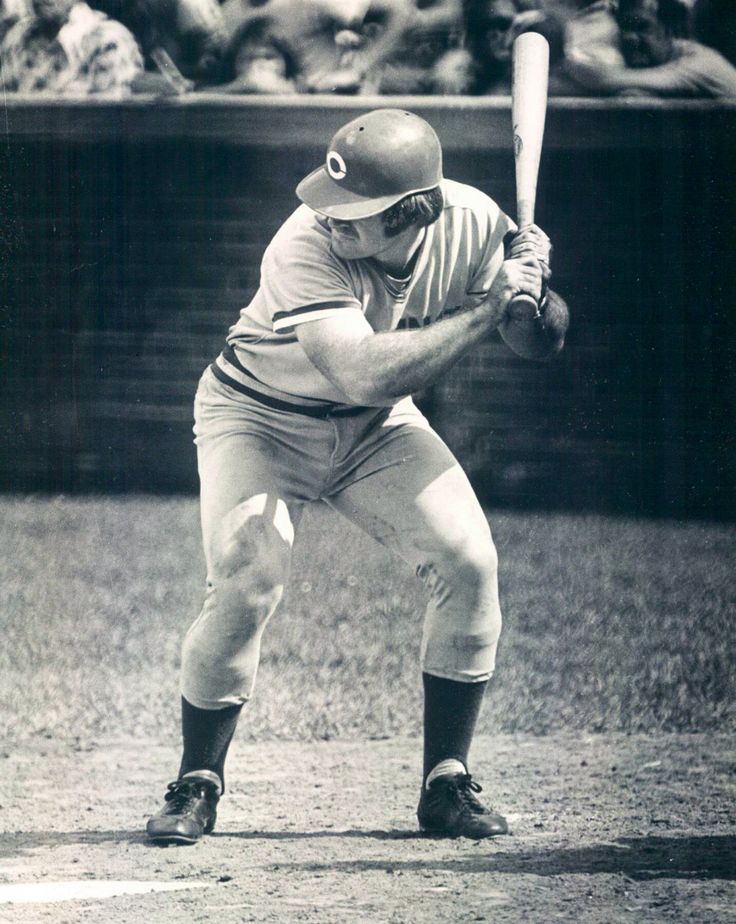 I can't remember who won the game but my family laughed about that for years after.

Anyway, and to fast forward this reminiscence, when we married and moved away from Beaumont in the mid-'80's as my newspaper career began, there was no Astros baseball televised in places like Plainview and Midland -- cable's reach was weak then -- so I lost track of my Astros fandom and became more of a fan of the game (no particular team).  But when we moved back to Houston in '93 from St. Pete, Florida, my specific request to my wife as she searched for an apartment was that we be as close to the Astrodome as possible so I could go see games often.  She picked out a cute little loft on Holly Hall, which was the east feeder into what was then still called Astrodomain parking.  I could walk to the ticket office in twenty minutes.  Those were fun times; Killer Bs, Randy Johnson, so on.  Once the 'Stros abandoned the Dome for Enron Field/Minute Maid Park in 2000 I still managed to jump the Metrorail and get downtown for a handful of games until recent years, when my health has precluded it.  So watching these postseason games on television has, as you can probably sympathize, been stressful.  That brings us to last night.

Fortunately for emotionally worn-out fans, Wednesday's game didn't have the drastic ups and downs of Game 2 and Game 5 (or the complete downer of Game 6).


And helping calm the storm he caused, the Astros' 33-year-old Cuban rookie first baseman tipped his helmet on his initial at-bat to Yu Darvish, who proved to be the Dodgers' undoing in Game 7. 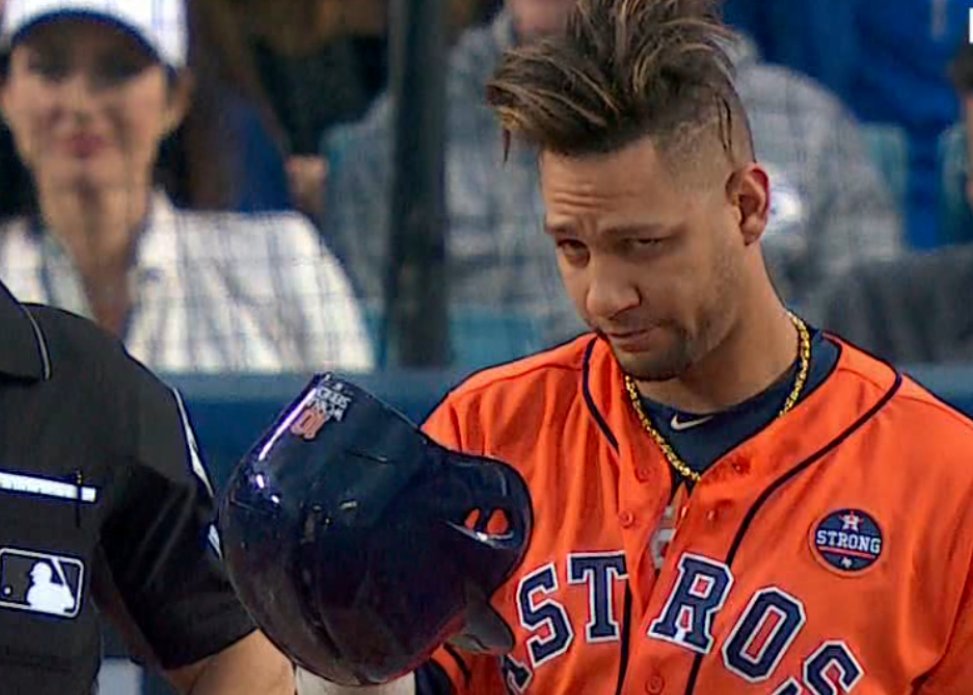 And the outcome wasn't in serious doubt, as the home team -- I know, technically they were the visitors last night -- salted it away early.  As nice as it was to see the Astros win their first championship, it was a little sweeter to watch All Star shortstop Carlos Correa take a knee and propose to his girlfriend, former Miss Texas Daniella Rodriguez.  I think she said yes based on their body language; there was a lot of noise and I couldn't hear for certain.

The Angelenos represent, to some, the Democrats: California, Dodger blue, Hollywood, liberals, you know.  The Astros?  Republicans: Texas, the two presidents Bush, country music.  So perhaps there are quite a lot of folks outside the state sneering at the Astros' good fortune and tremendous skills this morning.  All I know is that the Sports Illustrated cover jinx is as dead as a doornail. 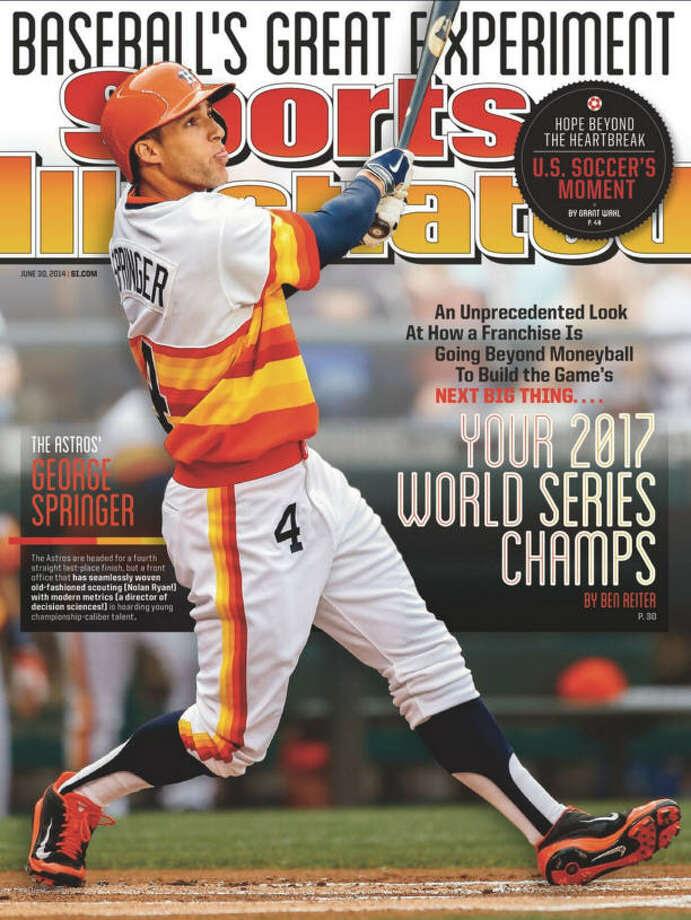 The curse dates all the way back to Sports Illustrated's first issue, Aug. 16, 1954. The cover featured Eddie Mathews of the Milwaukee Braves. Shortly after the cover came out, the Braves had a nine-game winning streak broken ... along with Mathews' hand (he missed a week's worth of games with the injury).

Since then, the jinx has struck the likes of Super Bowl losers, Olympic non-medalists and knocked out boxers for the past seven decades.

Not only did the Astros win the World Series as predicted, but the issue's cover boy – George Springer – ended up crushing five home runs and winning the Series MVP. (The day the cover was released, Springer struck out three times as the Astros were shut out at home to the Braves.) 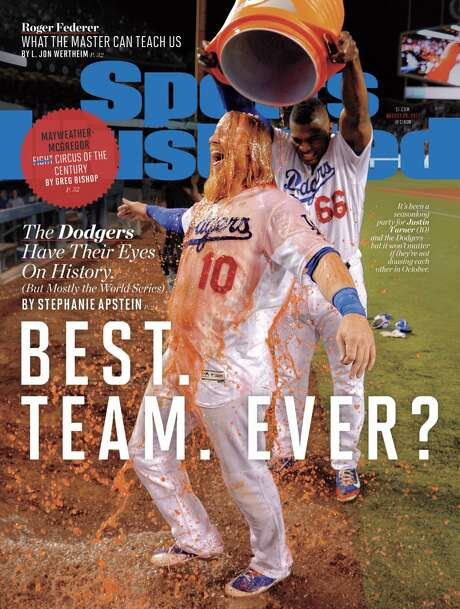 When I was a kid, my Dad used to time his vacation every year in October for when the World Series was to be played (it was all day games then).  I expect he was as happy and relieved as I am, watching the game wherever he is.

Update: Glenn Smith at The Rag Blog has many similar memories ... and observations.
Posted by PDiddie at Thursday, November 02, 2017