With this week's lefty blog post and news roundup, the Texas Progressive Alliance hopes that the victories won by a broad and diverse slate of Democrats around the country last Tuesday -- and with the special election for the seat in the US Senate representing Alabama starting to turn their way -- is the start of something promising.

Although there is still some close-mindedness and hypocrisy to overcome.

Off the Kuff analyzed the Houston-area election results from last week.

SocraticGadfly talked about Veterans Day and stupid wars in light of the World War I centennial.

Democrats turned it up, out, and on in last Tuesday's elections, wrote PDiddie at Brains and Eggs.

Texas Freedom Network's Insider blog declares that it's long past time for a Mexican American textbook and curriculum in our state's public schools.

In his collection of criminal justice news, Scott Henson at Grits for Breakfast points to the Mother Jones piece that indicates TDCJ spokesperson Jason Clark might not be telling the truth about the Beaumont-area prison that flooded during Harvey.

The "new" Music City Mall in Lewisville addresses its planned installation of a Ten Commandments monument, reports the Texan Journal.

The tenth annual green (not Green) Holiday Party in Austin is announced by Texas Vox.

Neil at All People Have Value said folks should vote for Elizabeth Santos in the HISD District 1 runoff on Saturday, December 9. APHV is part of NeilAquino.com.

And from other blogs and news sources ...

An explosive account by Olivia Messer in The Daily Beast reveals the men in the Texas Legislature behaving badly toward women.  It's not the latest breaking news in the ongoing and unreported-but never-to-be-forgotten incidents of sexual harassment in the workplace; only the most statewide.  RG Ratcliffe at Burkablog knows it's a long and sordid tradition at the Capitol.

Public records researched by Melissa del Bosque at the Texas Observer disclose the planned route of the proposed southern border wall.  Fifteen segments would bisect three wildlife areas in the RGV, and put more homes and structures in jeopardy than previously known.

DBC Green blog also analyzes the election results from last Tuesday, and understands -- more clearly than most -- that they weren't the changes establishment Democrats could believe in.

(The election outcomes) demonstrated amply that 1) mainstream Democratic candidates and strategies don't get it done; 2) progressive and populist ideas and candidates win, and 3) people will turn out mostly to express their utter revulsion at our alleged president, not because they have any great love for—or knowledge of—the candidates.


Paradise in Hell is more than ready to draw a line on automatic weapons.

The Texas Living Waters Project is not afraid to use contested case hearings to fight for our state's rivers and bays. 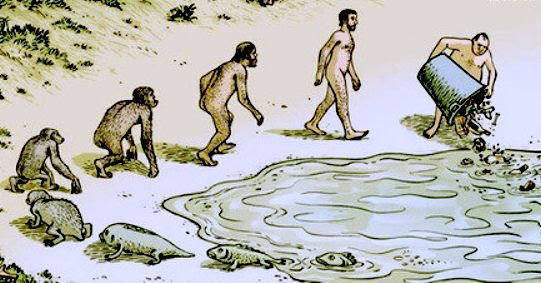 Juanita Jean at The World's Most Famous Beauty Salon needs your help to get mail ballots for 2018 to people who need them, especially in counties affected by Harvey.

Therese Odell at Foolish Watcher grapples with the revelations about Louis CK.

And Harry Hamid crossed a street yesterday.
Posted by PDiddie at Monday, November 13, 2017