It's not quite the full victory those of us who support voting rights wanted, but it's probably the best we can get from the Fifth Circuit.  Headlines first and then some expert analysis. 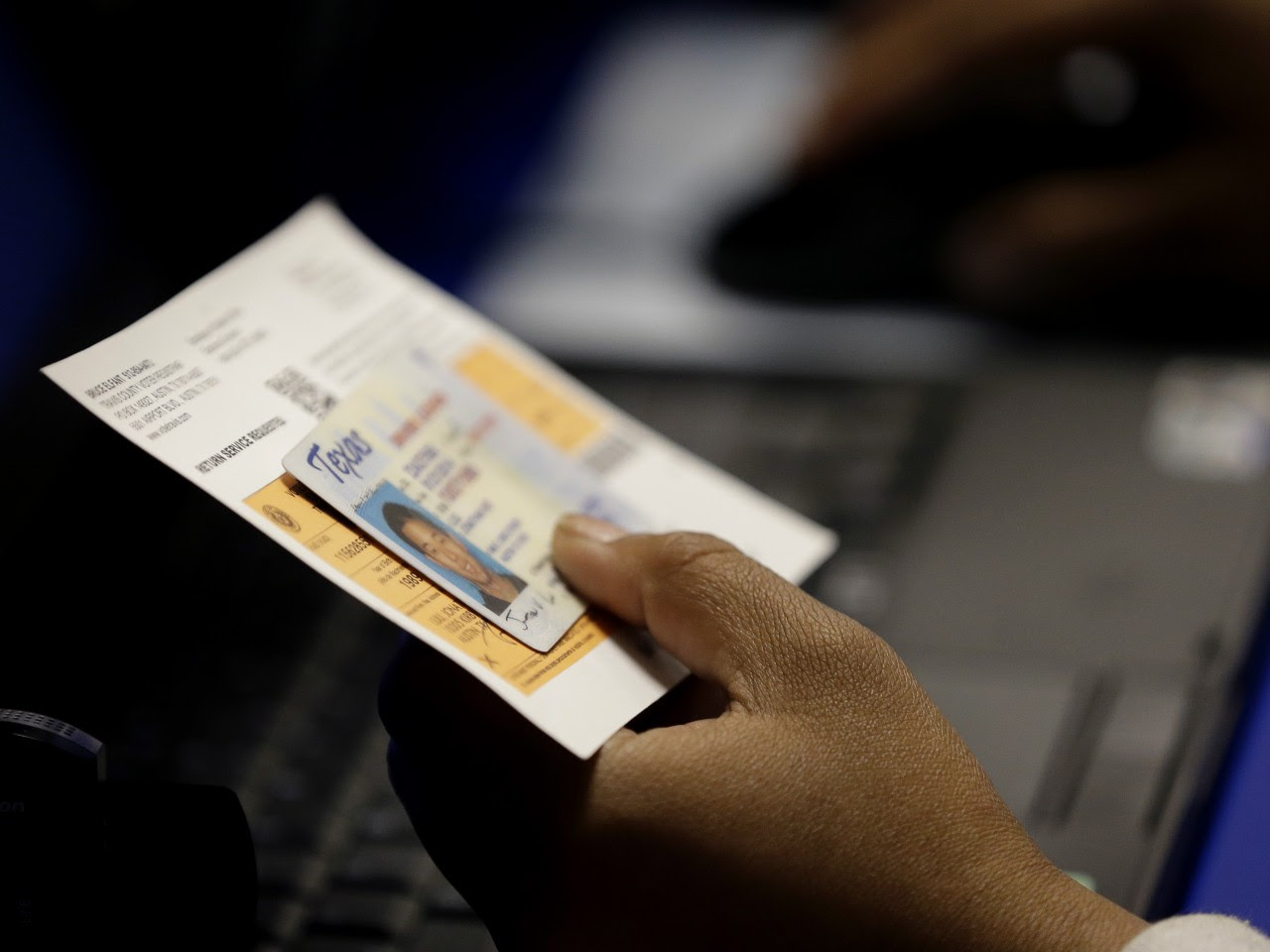 Texas’ four-year-old voter ID law violates the Voting Rights Act but is not a “poll tax” barred under the U.S. Constitution, a federal appeals court has ruled.

The U.S. 5th Circuit Court of Appeals on Wednesday ruled that the Texas voter ID law has a “discriminatory effect” that violates the federal law that prohibits racial discrimination in voting, but it is not an unconstitutional “poll tax.”

The ruling, which came one day before the Voting Rights Act turned 50 years old, was a narrow victory for critics of the Texas law. It prolonged a long-winding legal battle over legislation that some called the strictest in the nation.

The three-judge panel's unanimous decision sent the case back to a lower court, which will decide how Texas should fix its problems. But for now, the law stands as is.

Remanding the 'discriminatory' question back to Judge Ramos isn't a bad thing either, though that decision will likely be appealed by whoever is going to be filing lawsuits against Obama and the feds while Ken Paxton sits in jail.

Ramos found clear racial disparities between those who have IDs under SB 14 and those who do not, and she said the law continued a legacy of state-sponsored discrimination in Texas.

“It did not 'impose a material requirement solely on those who refuse[d]' to pay a poll tax, as proscribed by the Twenty-Fourth Amendment,” Haynes wrote in the ruling. “Rather, it drew from the State’s power to set voter qualifications by requiring all voters to present a valid form of photo identification at the polls.”

Citing that finding — and the fact that the law remains in effect for now — Texas Attorney General Ken Paxton called the ruling a victory for the state’s right to protect the integrity of its elections.

"To protect the integrity of our elections".  With the same stubborn determination accorded the denial of climate science, the state of Texas has yet to acknowledge the Fifth Circuit's ruling.  From Joseph B. Kulhavy at the Texas Election Law blog, yesterday...

I find it troubling that the 5th Circuit remanded on the question as to whether the Texas picture I.D. law had a racially discriminatory purpose. Still, it’s at least a nail in the coffin of one of the worst voter suppression laws in the country.

Notice anything strange about these websites?

That’s right – there’s not the slightest mention of the 5th Circuit’s decision. That’s quite a contrast from back when Shelby County v. Holder came out; (within two hours of that decision two years ago, there were notices plastered all over the Secretary of State’s website announcing that the State was doubling down on its special brand of violating voter’s rights and instantly applying the discredited voter ID law).

If a voter relied on the Texas Secretary of State’s website for information, they would think that it was all business as usual; http://www.votetexas.gov informs voters that a “picture I.D. is now required to vote.”

But you say, “Well, Joe, that’s kind of unfair. I mean … there’s all that HTML coding to do, and it’s after business hours, and …”

The decision came out at lunchtime. That’s six hours ago.

After all, the Texas Attorney General had time to put something up on that agency’s website.

What the … ? “Texas Voter ID Law to Remain In Effect”

I guess the A.G. takes the position that because the 5th Circuit remanded on the issue of intentional discrimination, the fact that the court upheld the trial court determination that the law is freakin’ illegal and unenforceable is somehow sprinkled with magic appellate fairy dust.

Then again, the following disclaimer should be prominently displayed and attached to all press statements made by the Texas Attorney General.

“Please note that the opinions of the Attorney General are those of an individual currently under indictment for three felonies involving acts of intentional fraud. Therefore, proceed with caution.”

How Texas will respond to the decision is unclear. It has several options, Rick Hasen, an elections expert at the University of California, Irvine School of Law, wrote Wednesday in (his Election Law) blog post.

The state could ask that the 5th Circuit rehear the case "en banc," which means with the entire court present as opposed to a three-judge panel. Or it could appeal the decision to the U.S. Supreme Court. Perhaps less likely, Texas could see how the case plays out again in the district court.

If the district court reviews the case once more, it could still rule that Texas intentionally discriminated in enacting law, but it must find new grounds for saying so.

Hasen wrote that the decision seemed written “as narrowly as possible to still give a victory to the plaintiffs,” but still called it a "significant victory for Voting Rights plaintiffs and the Department of Justice."

Still too early to celebrate; this will drag out a while longer, perhaps even to the presidential election next year.  But we take our victories where can find them here in Texas, and this is one, no matter what Greg Abbott, Dan Patrick, or Paxton may think.

Texas’ statement on Wednesday's decision offered no hint of its next move other than that the state would "continue to fight" for the law. The state could appeal en banc, meaning to the all the justices on the 5th Circuit, or it could skip straight to the Supreme Court.

(University of Kentucky College of Law professor Joshua) Douglas, who previously clerked for the 5th Circuit, says it’s more likely Texas will chose the latter, as the unanimous three-judge decision was written by Justice Catharina Haynes, a moderate conservative who was appointed by President George W. Bush.

“The fact that she wrote the opinion -- which means she would almost definitely not vote to take it en banc -- makes the en banc vote in the 5th Circuit harder,” Douglas said.

Despite its narrow tailoring, the decision was notable as being first time a federal appeals court ruled against a voter ID law on its merits (rather than for procedural reasons) since the Supreme Court upheld Indiana’s voter ID law, as Lyle Denniston at SCOTUSblog noted. Since that 2008 decision, voter ID laws implemented by states have become stricter in both the types of IDs allowed and the remedial protocols when someone lacks the proper ID.