The largest attendance remembered caused nearly an hour-long delay in getting started. 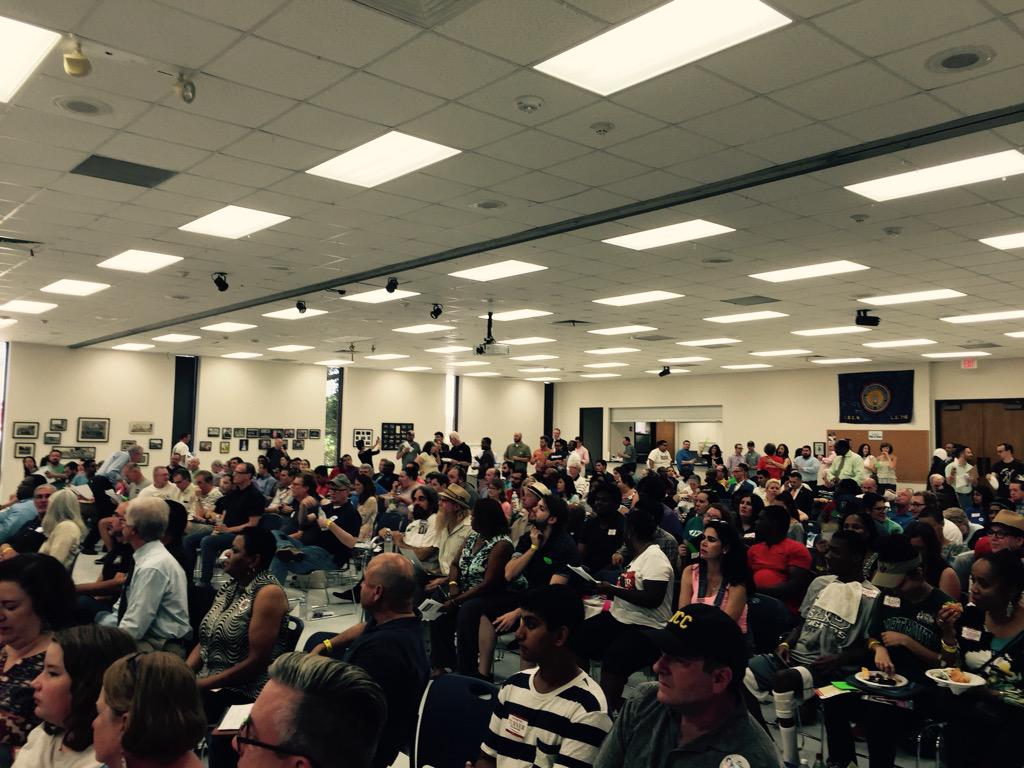 In an early (1 p.m.) surprise, Adrian Garcia got the recommendation from the board despite Steve Costello getting higher scores overall.  Sylvester Turner, the apparent crowd favorite, came in a close third. 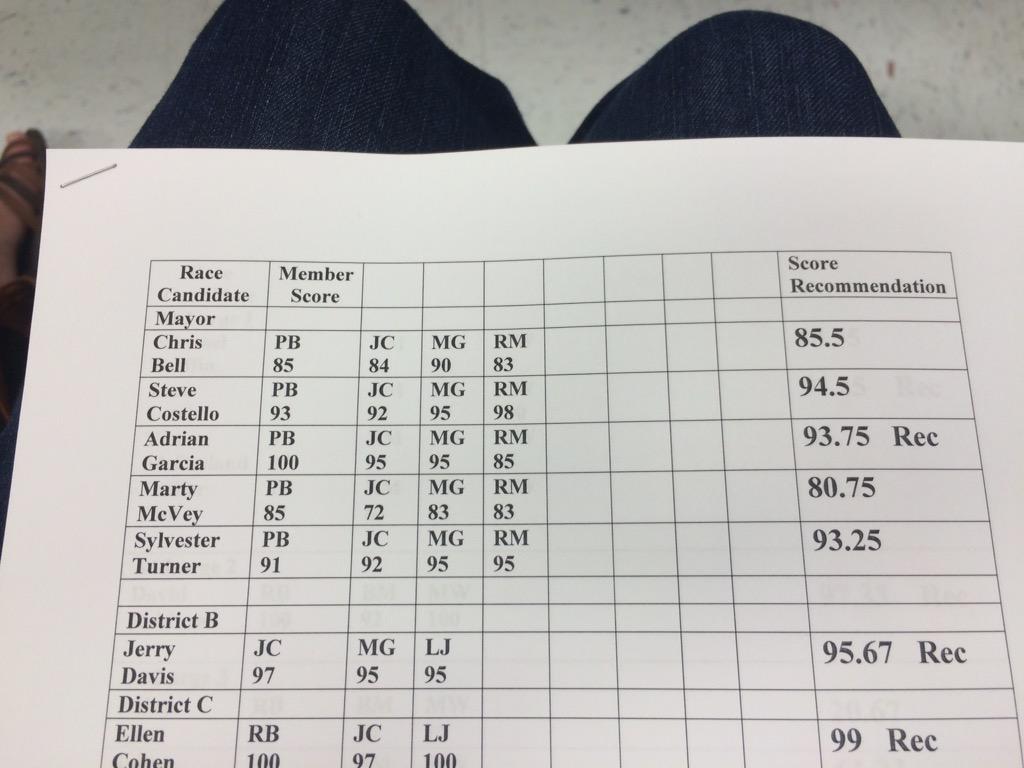 But the official vote is still a ways off. 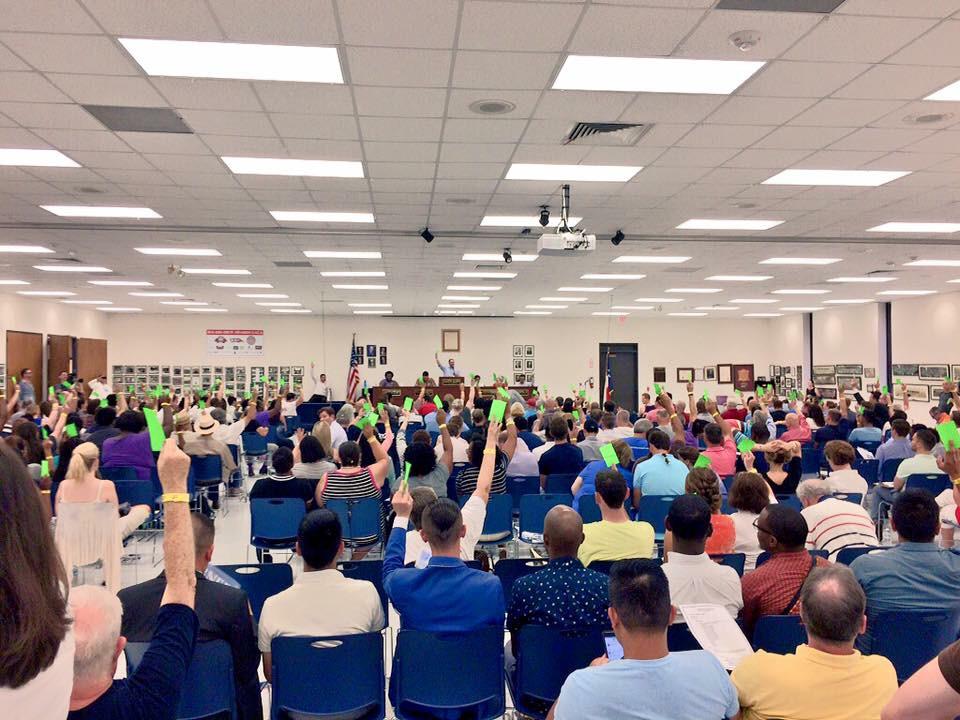 The steering committee got a lot of intense questioning about the Garcia recommendation.  They were split 2-2 so the decision came down to...


After a couple of hours of wrangling, the Caucus finally voted to endorse Turner for mayor in the 3 pm hour.  They followed with Chris Brown for city controller, Lane Lewis for AL1 and Doug Peterson for AL3.  I'll have more and link to their full slate later.
Posted by PDiddie at Saturday, August 08, 2015