Which is better than having a case of the red ass.  I don't know, it feels kind of crimson and wavy to me this morning.  At this time four years ago there were still very few people (publicly) thinking a tsunami was rolling in off the coast.

I'm feeling a little deja vu, personally.  On the bright side, the rain in Texas today seems to be falling mainly in the plain. 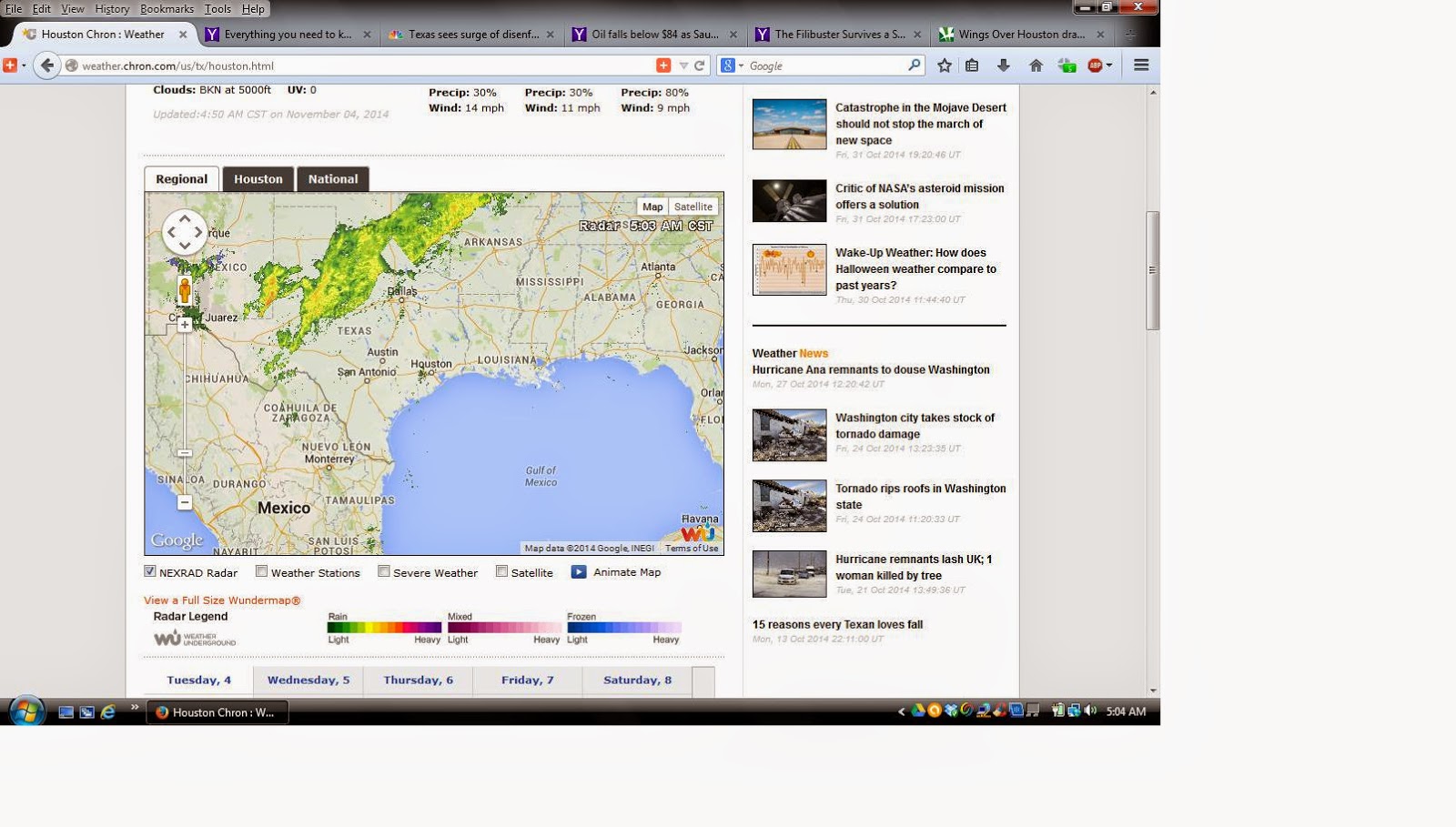 That's a good thing.  Those parts of the state are overly conservative, and besides, they need the rain anyway.

Mostly feeling ominous because of stories like this one.

HOUSTON – A day before Texans go to the polls, an unusual group gathered for lunch at a Mexican restaurant not far from downtown: an unemployed African-American grandmother; a University of Houston student originally from Pennsylvania; a pregnant mother who had recently moved back to the area with her family; and a low-income white woman who struggled to make eye contact and kept her money in a pack strapped around her waist.

They had not met each other before, but they had one thing in common: Thanks to Texas’s strict voter ID law, they all faced massive hurdles in casting a vote. Over fish tacos and guacamole, they shared their stories—hesitantly at first, then with growing eagerness as they realized they weren’t alone in being victimized by their state.


The photo ID law is working as intended.  Nobody can say they don't understand why people cannot get an ID any more after this election.  If they do, they're just being willfully ignorant.

Anyway, I got a pile of pre-recriminations that can be rolled out tomorrow, but we'll save it for then.  Hey, there's an outside chance I won't even need them.

Update: Noah seems to be a little down in the mouth as well.
Posted by PDiddie at Tuesday, November 04, 2014

Rain supposed to pick up about 6 p.m. in the center of the "triangle" here. Since it's a low pressure system and not a front, I don't know if you'll get it later, the same time, or earlier.