Just remember, as the mass media focuses on property damage, that this response is about something far more serious. 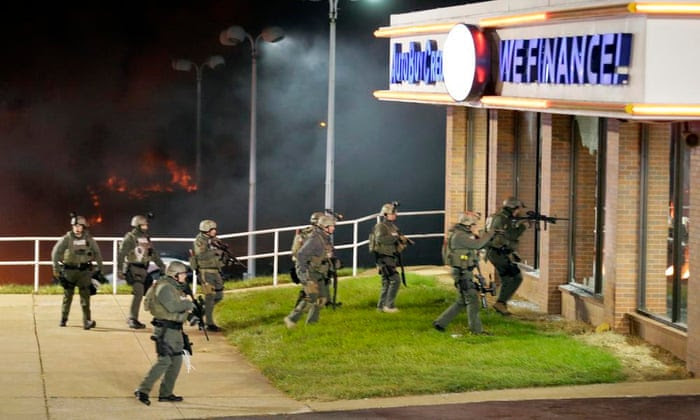 "There's clearly a license for violence against minorities, specifically blacks," said Mike Arnold, 38, a teacher. "It happens all the time. Something's got to be done about it. Hopefully this will be a turning point."


Darren Wilson testified before the grand jury (highly unusual), auditioned television reporters for interviews, and got married -- to another Ferguson police officer -- prior to last night's decision.

Dubois' quote reminds me of something I heard (former Green presidential candidate) David Cobb say on more than one occasion:

"You say the system is broken. I say it is working exactly as it was designed to work."