Is it insensitive to say Greg Abbott is "running" for governor?

The so-called nefarious intent implication that Greg Abbott's sycophants have tried to link to Wendy Davis' unofficial campaign slogan has already been batted away.  There's a question still worth pursuing, and it's this entire business of whether simple words, phrases, or images used to describe elections, or by politicians in the course of their campaigns, is in some way unfair or unkind. 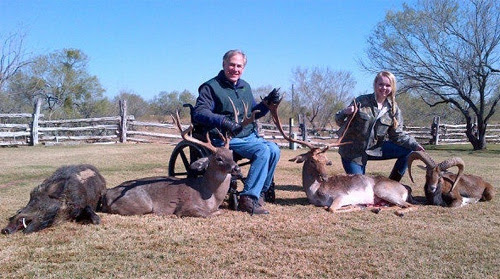 His unfortunate story is known to most political savvy people. He ran under a tree and was paralyzed when it fell on him. He pulled himself up by his bootstraps after winning the $10 million lawsuit lottery. He then permanently latched himself to the tit of the government as an elected official. Everyone, including me, wishes he had used a treadmill that day, or ran on the other side of the street, or ran on a high school track, but he needs to stop painting himself as a victim on a daily basis.

Over the next few months there will be statements made such as "Greg Abbott has no legs to stand on concerning... " or "Abbott is running on a campaign of fear". These are common political statements and should not be construed as an attack on his unfortunate situation.

Abbott's attacks on his opponent will be as fierce and low-life as his party's attacks on former Senator Max Cleland, a decorated Vietnam war veteran who lost both legs and an arm. Abbott is expected to stoop as low as a political crack whore in order to win. What is not expected or appreciated is his constant whining when someone returns the political favor.


"Standing with Wendy", "On Her Own Two Feet", "walking a mile in her shoes", and other similar innocuous bipedal references are being twisted into pejoratives presumably aimed at the Candidate on Wheels.  The most notable of those efforts was pulled off by convicted criminal and serial liar James O'Keefe, with a helping hand from corporate media that should know better (and do better).

Going a step further: if vermin like Erick Erickson want to keep adding to their doll collection, then "Coathanger Ken" moves into fair play.  And it's just a short hop from there to "Crippled Ken".

See what I did there?

Greg Abbott needs to pull up his big boy underwear, stiffen the steel implant in his spine and get ready to take it, especially if his minions are going to keep dishing it.
Posted by PDiddie at Wednesday, January 29, 2014

I agree on some level that the bi-pedal phrases are innocuous...but the O'Keefe video was unfortunate, the gal clearly states, albeit it may just be her opinion and not Wendy's, that the "stand with Wendy" works on a subliminal level (uhm, lady, not so subliminal) and it's clear she's making reference to Abbot's handicap.

The woman's question was: “isn’t that amazing to think of? He’s in a wheelchair and we want to stand with Wendy?” That's directly from the video.

Not so amazing and not at all insensitive... unless you're a conservative. One that has probably voiced no objection to the "AB" BS.

The Stand with Texas Women/Stand with Wendy hashtags came about during the filibuster, when she was literally required to stand - and not lean or seek aid or rest a hand upon anything. It had nothing to do with Greg Abbott. She was not running for governor at the time.

A better question would be how the filibuster rules of the Texas Senate discriminate against someone who, for medical reasons, cannot stand without some sort of aid or break. If she had diabetes and had to inject insulin and eat something, she more than likely would've violated the rules are they were applied to her. Do we want to allow only the superbly-fit and medication-free among us to be able to participate in government? What does Greg Abbott say about this? Other than his work to exempt the State of Texas from the Americans with Disabilities Act, that is?

And, per my comment elsewhere, I decided to outdo you, especially on the "stand" phrases: http://socraticgadfly.blogspot.com/2014/02/can-we-expect-gregabbott-to-take-stand.html