Of inevitability and Hillary Clinton Above all, however, Hillary Clinton will struggle against the inevitability of her own campaign, the messianic pull of an office that has long eluded her and could once again be out of reach.

“Inevitability as a message is a bad message, especially when it becomes clear you’re not as inevitable as you thought you were,” says Democratic strategist Anita Dunn and former senior campaign advisor to President Obama. Clinton, however, “has learned that nothing in politics is inevitable.”

Compared with other nominees in the Democratic field, Clinton certainly looks inevitable. O’Malley is polling at 1% and Bernie Sanders is at 4% compared with Clinton’s 66%. She also holds a remarkable lead over her likely GOP opponents, beating out former Florida Gov. Jeb Bush 54% to 40% in a match-up, and with even larger margins over Texas Sen. Ted Cruz, Wisconsin Gov. Scott Walker and Florida Sen. Marco Rubio. Though her favorability dropped over the last month after the controversy over her private email account, she still commands a solid approval rating among voters. No candidate in recent memory has faced such a wide-open field on the opposing side. But in the immortal words of Yogi Berra: It ain't over 'til it's over. 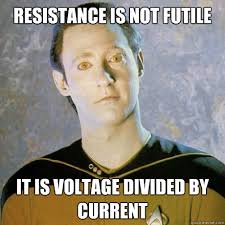 Though there are some who have been ready for Hillary since 1992, Democrats usually aren't the party that nominates the person whose turn it is.  Look what happened the last time they did: 2000, and Al Gore.  The old saw that 'Democrats fall in love, while Republicans fall in line' appears to be reversed for 2016.  Ominous?  Maybe.  There's about an equal number of Americans that want, and don't want, to see her in the White House.

My own feeling is that 2016 represents -- assuming Hillary and Jeb Bush are the major party standard-bearers -- a breakout possibility for the minor party nominees: Jill Stein of the Green Party, Gary Johnson of the Libertarians, perhaps others.  Progressive Democrats (an oxymoron, but also a digression) already seem scared shitless about that.  The most likely scenario that turns an apathetic electorate more so is the torrent of money flowing into the candidates' coffers.  Even the completely unelectable Ted Cruz, whose bid this year is really just to set him up for 2020, is awash in cash already from the richest of the very, very rich.

There are a few things Hillary needs to explain better, as we know.  Benghazi is not one of them, no matter how much of that incessant whining we are forced to endure from the right. And if you don't want to go there, maybe you should go here.  Or here.  On a more encouraging tack, by far the most cogent thought about a transformative Clinton candidacy comes from here.

(My son) said that the amount of money that is being reported as about what Ms. Clinton’s campaign will cost presents a unique opportunity for both her and the Democratic Party. He is aware of the massive sums that the Republican party will be spending, both on the presidential and other races (congressional, state, and local). He noted that the Koch brothers and their ilk will be attempting to channel their millions into a coordinated, saturation campaign of lies. Hillary Clinton, he noted, has the opportunity to change the process; by using a method similar to judo, he said, she could use the current “corporations are people” mega-money madness to bring a higher level of awareness to the public.

Could you imagine, my son asked me, if rather than enriching advertising agencies et. al., she went to various communities -- cities and towns -- and used a large portion of her campaign funds to invest in them? If she said, “The American people have donated money to me, because they believe that I can institute change. It starts now: I am re-investing this much-needed money in your community. And that is exactly the approach that I will take as your President.”

He said some funds should go to charities, which would allow her to address specific social problems -- and solutions. It’s true that some problems can’t be “solved,” they must be dealt with on an ongoing manner. (He was quoting his father.) Other funds could go to specific community needs, again allowing her to highlight problems and solutions. He said that large segments of the country have accepted the problems that the bankrupt Bush-Cheney policies inflicted on our country. A great leader must change the way that people think -- about themselves, their value, and their relationship to community and country -- before those people can be expected to behave differently. And no single person, not even the President of the United States, can “solve” our nation’s problems: they require an ongoing effort upon all of our parts.


I know, I won't hold my breath.  Still, that kind of candidate could be the progressive populist leader that millions of disaffected Democratic voters might take themselves to the polls to vote for.  We'll watch and see if some semblance of her shows up over the course of the next year-and-a-half.
Posted by PDiddie at Sunday, April 12, 2015

Blogging now myself; I see USA Today's already been a sucker in thinking she's doing something new this time around.

A lot will depend on who the elephant in the room will be and how far right he/she will go to win the nomination.

I just want to see additional Democrats running against her. As you know, I'm one that doesn't like the idea that she shows up and wins, without having to strenously defend her positions (whatever they may be). I saw the generic ad she put out the other day where the theme was predominantly women, and it was a little insulting in its vagueness.