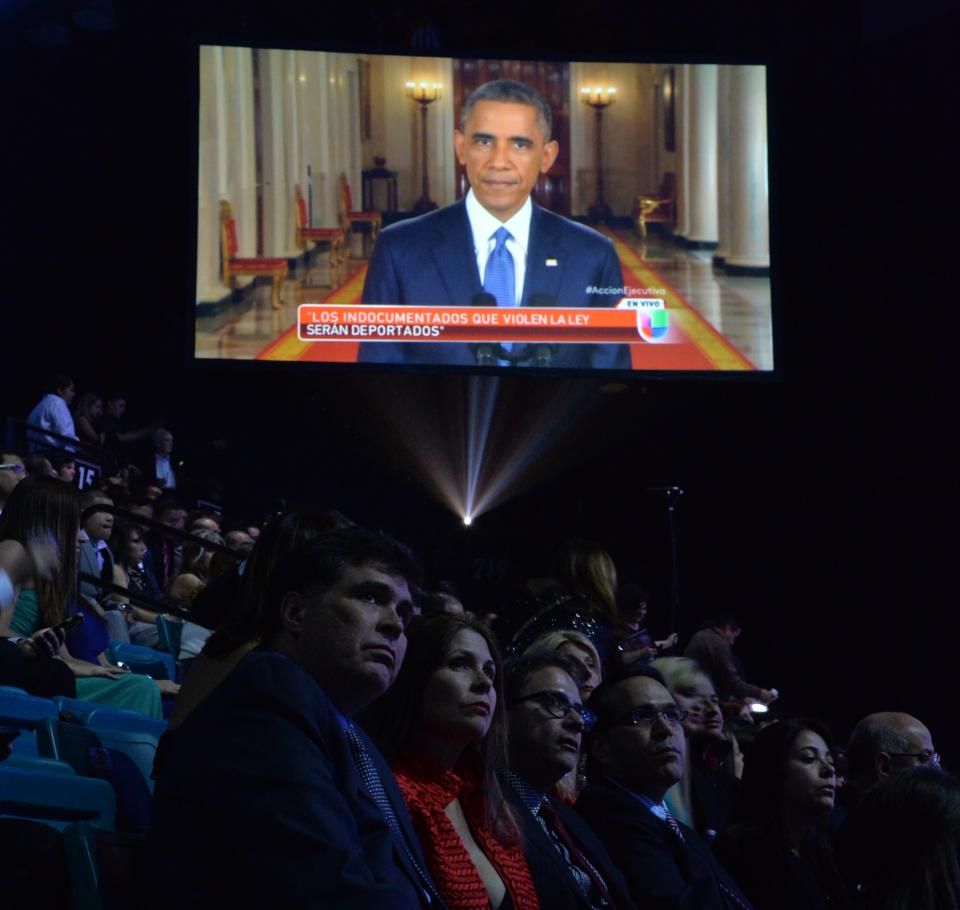 In a move that infuriated his Republican critics and drew unspecified pledges to counter it, Obama said nearly all undocumented people living in the country for more than five years and who have a child who is a US citizen or legal permanent resident can apply for a three-year work authorization.

The president also broadened the program he launched in 2012 that provides temporary residency to young undocumented immigrants who arrived in the United States before the age of 16.

"There are actions I have the legal authority to take as president -- the same kinds of actions taken by Democratic and Republican presidents before me -- that will help make our immigration system more fair and more just," Obama said in a 15-minute speech broadcast from the White House.

The order will affect about 44 percent of the 11.3 million people -- mostly from Mexico and Central America -- living in the United States illegally and doing menial jobs that most Americans snub.

"Are we a nation that tolerates the hypocrisy of a system where workers who pick our fruit and make our beds never have a chance to get right with the law?" he asked.

But he quickly stressed that the sweeping order, the most comprehensive immigration step in years, "does not grant citizenship, or the right to stay here permanently, or offer the same benefits that citizens receive.

"Only Congress can do that," he added. "All we're saying is we're not going to deport you."

Obama's executive order shifts US policy from a dragnet approach to all illegal immigrants to a focus on deporting convicted felons and those who pose a danger to society.

"If you're a criminal, you'll be deported. If you plan to enter the US illegally, your chances of getting caught and sent back just went up," he said.

Not really seeing why the Republicans are so mad about this.

"To those members of Congress who question my authority to make our immigration system work better, or question the wisdom of me acting where Congress has failed, I have one answer: pass a bill." [...] "I want to work with both parties to pass a more permanent legislative solution. And the day I sign that bill into law, the actions I take will no longer be necessary."

And what are their alternatives? Impotent rage? A government shutdown? A slow-moving lawsuit? A disastrous impeachment effort? A solemn vow that whatever damage Obama does to the constitutional order, Republicans will double it when they retake the White House? All of these are likelier to wound the GOP than Obama. None of these are likely to benefit the party in 2016. And none of them solve the underlying problem.

Nor does continued confusion around immigration help Republicans. Just ask Mitt Romney, who tried to split the difference between restrictionists and reformers by endorsing "self-deportation". That worked well enough that Reince Priebus, chair of the Republican National Committee, came out after the election to make clear that "it's not our party's position." But that's only because his party doesn't have a position.

That, really, is Obama's advantage right now. Even if you think he's going too far, he at least wants to solve the problem. Republicans don't seem to want to do anything except stop Obama from solving the problem. That's not a winning position. More to the point, it's not a responsible one.

As important it removes Safe Communities. The Harris County Democrat who bragged about the 1,000 deportations will have that taken away. He fought for Safe Communities and the Democrats did nothing to stop him, because he is a Democrat, that is Adrian Garcia.

Spot on. I blogged about my objections to Safe Communities over two years ago when I endorsed the Green Party's Remington Alessi in the 2012 Harris County sheriff's race, and to this day I can find no public criticism of Garcia from orthodox Democrats.

(If anybody else can find some I have missed, please post a link here.)