Congratulations to Texas Democrats, who sunk to a new electoral low over the weekend. 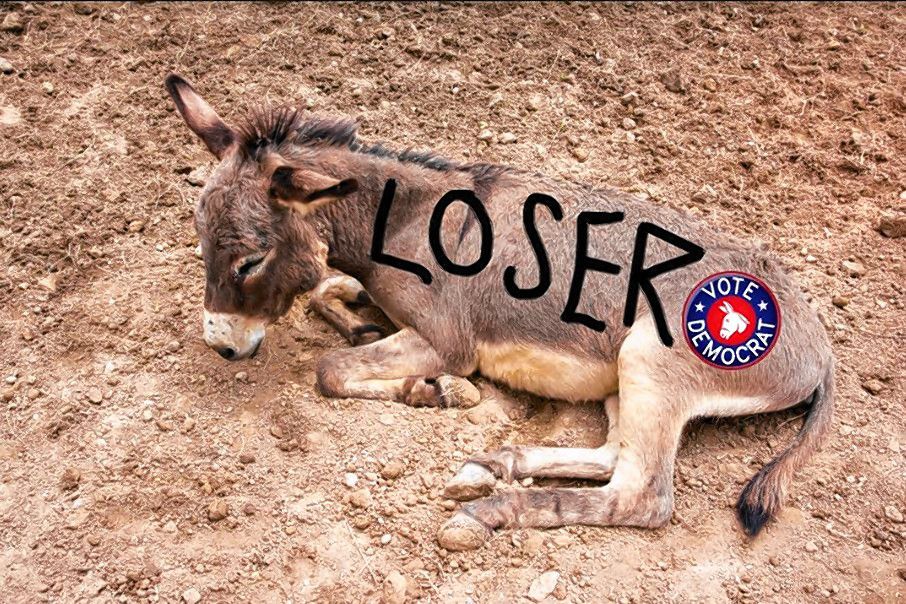 Democrats hoping for some encouraging signs in Texas did not find any on Saturday in a special election to fill a vacant congressional seat. Instead, they found themselves locked out of a runoff that will now see two Republicans battle for the seat in northern Texas.

Democrats who needed a strong turnout to be competitive did not get one. They were hoping for signs of weakness in the Republican brand because of the state’s disastrous response to the brutal winter storm in February or any signs of weariness with Trump, but they did not see that, either.


That didn't stop Our Revolution Texas and Gilberto Hinojosa from trying to spin a sow's ear into a silk purse.  Nobody was taking that ride, except maybe Chuckles Kuffner.  It's truly comical reading what he blogs before an election and what he writes after it when the Donks get skunked.  Hey, I get it; it's hard out here for a blue pimp in Tejas.  But for us recovering Democrats, well, hate to say I toldja so, but...

Quite the #TX06 postgaming here. National Dems certainly didn't go all in, but Sanchez had multiple national endorsements, and @NuestroPAC in particular was disclosing spending in the race weeks before this group did. pic.twitter.com/K2jA0EhKzX

.@thejanasanchez, D who came closest to runoff in #TX06, says events like Jan. 6 & winter power crisis didn't turn out Ds like she thought they would.

"I'm sounding the alarm bell: If Democrats don't organize & prepare, 2022 could be a major setback to our gains of recent years"

Most ironic statement on #TX06 Dem lockout so far is from a candidate who raised $50,000, didn’t have a shot at runoff, and says Dems must “unify our party.” (Her vote total was about 11x the margin Sanchez got shut out by.) pic.twitter.com/ZW65wcLnV6

"Lowest cost per vote of any candidate who engaged in fundraising" - I mean, that’s as good as winning

Marjorie Taylor Greene, the expert on everything MAGA, also tried to warn y'all.  I don't blame ya for not paying attention to her, though.  Update: And as sure as the sun came up on the east coast of Florida this morning, Trump took credit for Susan Wright's win.  TXElects says he deserves it.  And Living Blue in TX excoriated Arlington Dems for not turning out to vote.

In other Saturday election developments, liberals and liberal causes fared no better elsewhere in the state.

Austin voters just passed Prop B, fully reinstating the city's camping ban, which was repealed back in 2019. Here's a map. pic.twitter.com/LcVLSMMecX

It was defeated by a 51 to 49 margin and was easily the most heated item on ballot. It would have repealed the police union's right to collectively bargain with the city. #KSATnews pic.twitter.com/WS9nP1VXTn

Small Wonder: Racist win big in city where the median household income is more than $230,000 and 74 percent of residents are white. https://t.co/VExDYRqhAu

Lubbock voters overwhelmingly approved a proposition that tries to ban abortion there, making it Texas’ largest “sanctuary city for the unborn.” The vote comes less than a year after Planned Parenthood opened a clinic in the West Texas city. https://t.co/fvtRcxMBRV

NEW: Votes still being counted in Dallas, but it looks like the mayor's gambit to eject two incumbents he clashed with was unsuccessful. https://t.co/7r7nVdiEcA

Five City Council races have yet to be decided. The remaining candidates ponder election day results and their paths forward. https://t.co/PeFcw4kw2L


Andrea Grimes, writing for the Texas Observer, ruefully points out that even if the Lone Star State did turn blue, there would remain some uncomfortable truths to confront.  Don't worry, Andrea; it ain't hapnin' for quite a while longer.

There was a bright spot for Dems in Cowtown.

#FortWorth voters will chose either the city’s first millennial mayor or the first mayor of color, making the runoff between Mattie Parker and Deborah Peoples a historic race.https://t.co/HLe26LyYpg #FWTX

There were several more despicable attempts to move the extremist agenda through the Lege last week; here's just a few beyond the Briscoe Cain debacle.

Most Texans don’t back permitless carry. Why do the state’s Republican leaders? https://t.co/hDYnyftvP9


And with RoofieGate quickly handled in typical Hillco most-influential-lobbying-firm way, the latest expose' from women who have to work in these conditions hits with a soft thud.


Oil is up; the Comptroller told us Monday afternoon that tax collections are booming; it's bidness as usual.  God Bless Red Texas.  (The rest of you poor bastards can suffocate.)

Socratic Gadfly saw a mix of hypocrisy, unconstitutionality, and pander bear-ing from Texas Senate Legiscritters.  Reform Austin -- they have really done the best work covering the session -- asks the right question: what happens if Medicaid does not get expanded?  Hint: hope you don't live in the boondocks and get sick.

Speaker Pro Tempore of the Texas House Joe Moody, D-El Paso, explained how one major legislative priority for Democrats will not pass this session. https://t.co/gAnG3pON4H


As vice chairman of the House Calendars Committee, which helps decide the legislation that will make it to the House floor, Speaker Pro Tempore Joe Moody, D-El Paso, said Democrats' best chance in years of expanding Medicaid likely will not pass this legislative session.

The entirety of SB7, sweeping election law changes, was rewritten the evening Abbott said this. A governor engaged with the legislative process would be far more effective/know what he's talking about #txlege https://t.co/2nvjkxFNQ9


Yeah, the governor may be ignorant about the bill but it's more likely he is just lying about it.  SB7 prohibits early voting after 9 p.m., which would mean fewer voting hours in many counties that allow voting later, like Harris County for one.  And it fails to codify the extra week of early voting that the state had in 2020, so there will be fewer days of early voting in 2022 than last year.

In early takes on redistricting, Kuff noted the state falling short of projections in getting only two more congressional districts from the 2020 census apportionment.  David Beard also looked at how the early census numbers might affect future congressional elections.

Let me not slight the actual progress made last week under the Pink Dome.

Under this bill, all Texans with cancer, people with chronic pain and people with diagnosed PTSD would be able to possess marijuana.https://t.co/0GFMGCmxjr


Reform Austin celebrated the rare good bill in the Lege.  And the Austin Chronicle reported on an organized legal pushback against the latest wave of anti-choice bills.

May Day -- the international celebration of workers -- on Saturday last was cheered by ExxonMobil's refinery in Beaumont locking out their 600+ Steelworkers union employees.  Right on the heels of their $2.7 billion first-quarter profit announcement.  There is no greed like Big Oil greed.

I'm still appalled by the hubris of an oil company that announced a $2.7 quarterly profit and locked out its employees on #MayDay. https://t.co/JP5Bq1bfCu @steelworkers #XOM


With more of the latest Tex Trib polling to be Tweeted out today, along with a few of the usual suspects behaving badly, some COVID, environmental, criminal, and social justice posts still in the hopper, I'll pause here and save all that for later.  Here's some of the lighter fare to close.

Texas Highways gives us 24 hours in the life of Buc-ee's.

It's been nostalgic seeing the rail trolleys back and testing around Downtown Galveston after being out of service for more than 10 years! 🚎🥰