(Ed. note: This blog has long been composed in Mozilla Firefox, and this post, using some unique spacing, is best viewed in that browser.)

The Texas Progressive Alliance is celebrating Independence Day today by helping those who waited for Election Day to research your ballot options.


184 years ago today, Texas took her first step to becoming a sovereign nation—the Republic of Texas—by declaring her independence from Mexico in this room at Washington-on-the-Brazos.📜

Lorenzo de Zavala designed the Republic of Texas flag. Attesting to its staying power, his creation continues today as the Texas state flag. Said another way, Mexican-born de Zavala is the one who put the star on the Texas Lone Star Flag.

de Zavala, once a high-ranking Mexican government official and consort to Santa Anna, became disenchanted with the president's authoritarian rule and resigned.  Later, he was elected the first vice-president in the history of the Republic of Texas, on March 16, 1836.  His story is complicated, and poorly told by public school texts in today's curriculum, but you can read about it at the Rio Grande Guardian.


With the wrap on early voting, TXElects.

Friday was a record-setting early voting day for the Democratic primary in the 15 counties with the most registered voters. A record 193K people voted in person or by mail on the last day of early voting, the highest one-day total in state primary history, eclipsing the 2008 mark of 173K. Friday’s voters represented a quarter of all early voters in that party’s primary in those counties. Three of the seven highest and five of the 13 highest, single-day vote totals occurred this year ...


TXElects also analyzed the results from the three primary polls last week, as did Kuff.


The South Carolina primary results, a big win for Joe Biden, culled the field for the Democratic presidential nomination.  Pete Buttigieg was on a flight to Austin when he announced the suspension of his campaign, returning instead to South Bend, IN to make a formal announcement.  Earlier in the day he had declared he would not be dropping out, after Tom Steyer, who finished well ahead of him in third, did just that.  There is much speculation and some polling that suggests where Buttigieg's electoral support might go.  Of the remaining candidates, only Amy Klobuchar has not campaigned in Texas during the past ten days.

A chorus of Texas Democrats loudly moaned "woe is us"  (in classic Hee Haw style) as the prospects of a Bernie Sanders victory in Texas, in California and other Super Tuesday primary states, and ultimately the Democratic nomination, came into tighter focus.


And we can only imagine how favorable the numbers would be had the pollsters asked about democratic socialism.  We can be thankful that Bernie's proposal for free college tuition will enable Americans to return to school in order to learn the difference without fear of burdensome debt.


Not all Lone Star Donks are doom and gloom, thankfully.

“The truth is that Bernie speaks to people, not party,” (former state Rep. Marisa Márquez, one of Sanders’ most prominent Texas backers) says. “The disenfranchised and marginalized, especially Latinos, have found their voice in this campaign.

“I would encourage the leaders in our state to take a good look at the real change Bernie Sanders’ campaign represents for the people of Texas,” she adds. “Fear will not defeat Trump in November. “

And Sanders’ campaign has stressed that it believes he is the best candidate for a Democratic victory here.

“Texas isn’t a red state, it’s a nonvoting state,” says Kolby Lee, a Sanders spokesman who grew up in Texas. “If we’re serious about flipping the state House and winning in battleground congressional districts, we need a nominee who will inspire grassroots enthusiasm and turn out voters on Election Day.”


And Ross Ramsey at the TexTrib, via Progrexas, reminds us that after the presidentials move on to other states, we'll still have some runoff elections to decide next month.


PDiddie at Brains and Eggs exposed our state media's glaring bias in his pointed commentary on the Texas Senate Democratic primary.

In the pending special election to replace departing state Sen. Kirk Watson (reported in last week's Wrangle), state Rep. Eddie Rodriguez of Austin announced he has formed an exploratory committee to run for the seat.  The committee’s co-chairs are Reps. Gina Hinojosa, Donna Howard, and Celia Israel, all of Austin, and all of whom have previously declared their non-interest in running.


As the coronavirus/COVID-19 pandemic spreads to the US, Texas gets its first cases, in San Antonio and in Houston.  Update: Greg Abbott responded with practiced indignant outrage at a Washington DC bungle, the only difference being that he didn't blame Trump.  The real news from that link:

The city of Austin is separately in discussions about whether to cancel the annual South by Southwest festival, a weeklong technology, music and film conference, according to Mayor Steve Adler’s office.


SocraticGadfly read Edward Snowden's Permanent Record and was left with lots more questions (about Snowden, not the government) than he had before.

Brooke Lewis at the HouChron celebrated Black History Month as a legacy of endurance.


The TSTA Blog dismissed private school vouchers as a "conservative moral value".  The Texas Signal found another candidate for Worst Republican.  Sanford Nowlin at the SA Current begged to differ, with his own pick.  And Bud Kennedy at the FWST wrote about a paranoid militia infiltrating Texas police departments that is fomenting rebellion.

A revolution-minded, conspiracy-bent militia group named the Oath Keepers is recruiting law officers in Hood County to take up arms in what the founder predicts will be a “bloody civil war” against the U.S. government.

A national director of the Las Vegas-based Oath Keepers, John D. Shirley, moved to rural Hood County in 2015 and has been appointed by county commissioners as a constable, giving him both access to confidential information and a political platform to recruit more militia members.


Better Texas Blog urged those who may be affected by the anti-immigrant "public charge rule" to stay enrolled in public assistance programs.  Lucas Manfield at the Dallas Observer noted the settlement in the case of a Mansfield ISD teacher who was fired for being gay.  And Keri Blakinger, formerly of the HouChron and currently of the Marshall Project, filled in for the ailing Scott Henson and sent him a criminal justice roundup post for his blog, Grits for Breakfast.


In September, a flood of East Texas cities passed anti-abortion ordinances declaring themselves “sanctuary cities for the unborn.”

Now, the ACLU is suing seven of them, arguing their ordinances are “punishing and discriminatory.” https://t.co/FYo6jUPOvw
— Texas Observer (@TexasObserver) March 2, 2020


If you just haven't had enough of the Astros' sign-stealing scandal, Sean O'Neal's 'Hollywood, Texas' collation at Texas Monthly reports that you may(!) get to relive it as a television series. 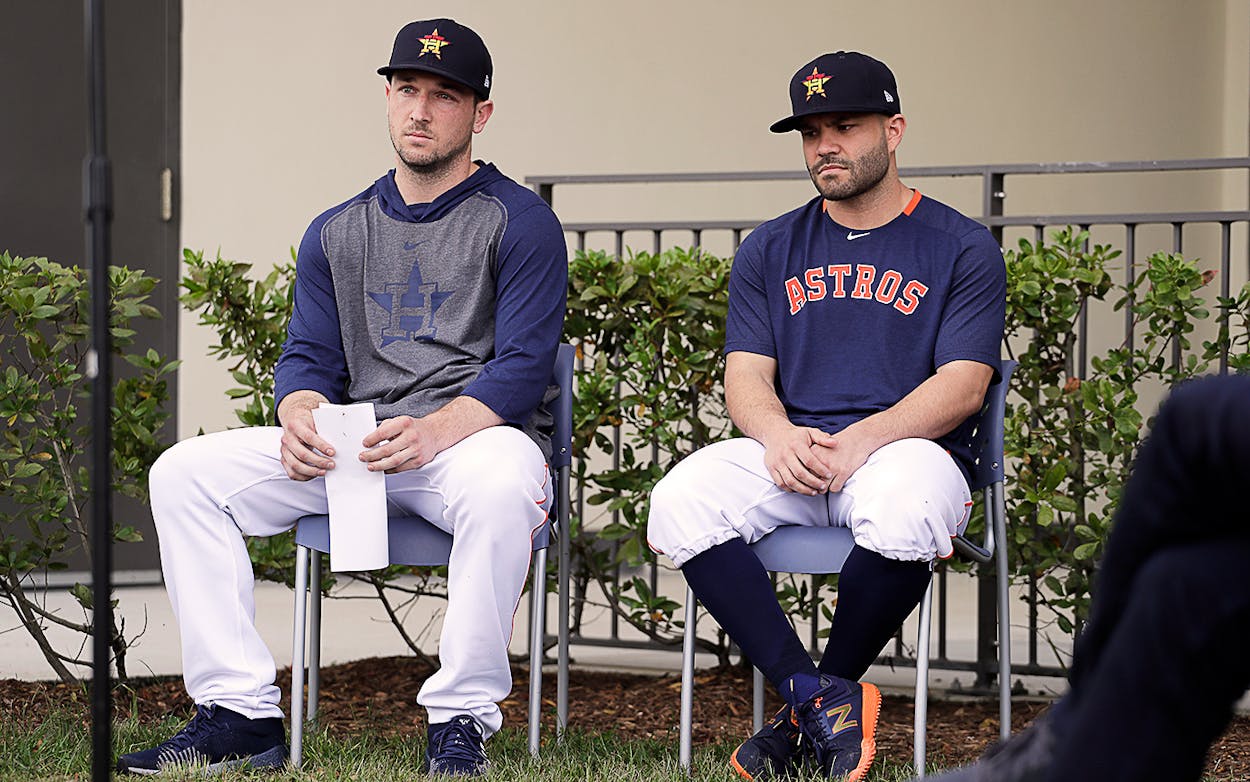 The Hollywood Reporter notes that Sports Illustrated writer Ben Reiter will host the first of what will be a whole new franchise of sports documentary podcasts, beginning with this look at the Astros’s now permanently asterisked 2017 season. From there, producers hope to turn that whole saga into a TV series, which will allow Astros fans to relive those cringe-inducing memories as though they’re just another prestige show.


Let's close it out with these.


She “realized for people who had strollers or wheelchairs – or mobility issues where they couldn’t go up and down stairs – there wasn’t a great central list of the top trails in the national parks, or the country at large.”

Tyler Graham was the heir to a Texas horse-racing empire. Then, he unknowingly bought a horse named Tempting Dash from a cartel leader's older brother and was pressed into becoming an FBI informant. https://t.co/Rc0OIXFxSY
— Texas Observer (@TexasObserver) March 1, 2020 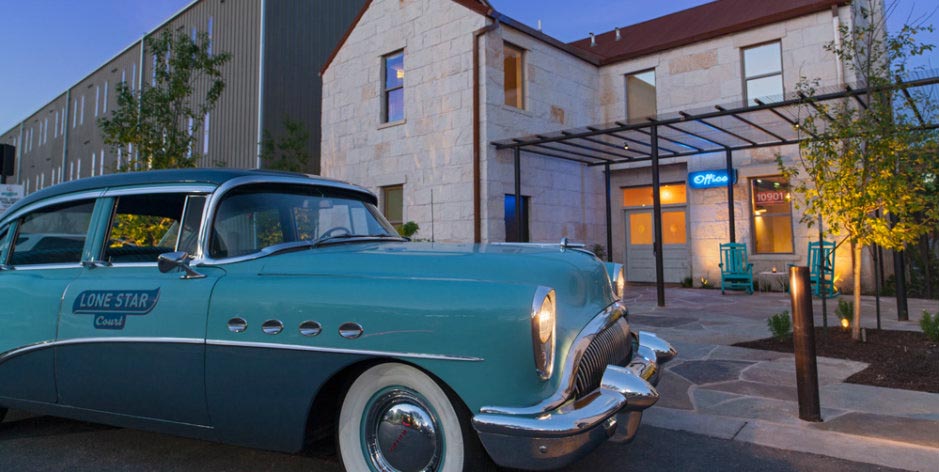 Wander down a desolate Texas highway in the 1950s, and you might stumble upon one of these Lone Star state jewels called motor court motels. Now there's a boutique hotel tucked away near Austin that is reminiscent of that retro style, Lone Star Court.

An emerging wave of moteliers are now harkening back to the cool heyday of motor courts. Lone Star Court is answering that nostalgic demand in Texas. Hidden away in Austin's neighborhoods to the north, The Domain, Lone Star Court has the aesthetic of Hill Country cool.