With early voting by mail already under way, and early voting in person a week away, the Texas Progressive Alliance encourages voters to be informed about your ballot choices for the Lone Star primary elections.  Election Day is March 3.

The TPA also wishes everyone Happy Valentine's, and that includes those who may be *ahem* recently single.  Here's a last-minute gift idea for them.


For just $5, the San Antonio Zoo will name a cockroach after your former lover and feed it to an animal on Valentine's Day. https://t.co/pRwGnFJyE2
— CNN (@CNN) February 11, 2020


The Secretary of State has promised that Texas will not be another Iowa.

The (office of the TXSoS) confirmed it would report presidential primary votes at the Senate district level on election night, as it has in past presidential primaries. This is important because a majority of the delegates a Democratic presidential candidate 'wins' is based on results in each of the state’s 31 districts.

Earlier (Wednesday, February 5), the Texas Democratic Party said it had been advised that the new election results reporting system would not be able to allocate presidential primary votes by Senate district on election night.

“Texans deserve to know who won their election,” said a tweet posted to the party’s official Twitter account. “If, in fact, the [Secretary of State] refuses to report all of the election results, including presidential preference by senate district, it is a violation of the public trust and fails Texans.”

The state party allocates more than half of its delegates based on Senate district performances, which would have meant that candidates’ final delegate counts would not have been known for potentially several days after the primary election. Democratic caucus results from Iowa were delayed by two days because of issues connected with a new application designed to tabulate votes from more than 1,600 caucus sites.

A spokesperson for the Secretary of State said the allegations made by the Democratic Party were “categorically false,” reported the Texas Tribune’s Alexa Ura.


Progress Texas has been encouraged about the prospects of turning Texas blue for some time.


The growth in Texas over the past 15 years has also brought the growth of more than a million Democratic voters. Check out what it means for the 2020 election: #FlippingTexas #txlege @ProgressTX #tx2020 https://t.co/VeB2zWC18O
— Ed Espinoza (@EdEspinoza) February 4, 2020


Be advised, however, that their definition of the words 'progress' and 'progressive' really mean 'any old Blue will do'.  (That's not the standard definition.)

In last week's Wrangle, this blogger ranted about misuse of the word 'progressive'.  This week, both Gadfly and Jaime Abeytia picked up on that with rants of their own.


Dos Centavos posted his Stace Slate for the primary, illustrating the dilemma of voting for an actual progressive (like Bernie Sanders) and a conservaDem (like Royce West) or a Libertarian who voted in the 2016 GOP primary (like MJ Hegar) or a pretender (like Chris Bell, who endorsed Republican Bill King in the 2005 Houston mayoral runoff over Sylvester Turner).

Don't make this mistake.  Do your homework; know your candidates.


Pls. RT#Sema2020 @_SemaHernandez_ is the only Texas candidate for US Senate who endorsed Bernie and supports every one of his policy positions.@BernieSanders will need allies that supports his policies when he's in the White House.#Time4Sema
Donate: https://t.co/o3qGwYYXRU pic.twitter.com/brxgCcL12t
— Mokum Misfit #MakeLoveNotWar💗🏴 (@Mokum_Misfit) February 6, 2020


Meanwhile Kuff kept on doing that same boring thing he does with campaign finance reports, this time for Texas Democratic Congressional candidates.  The one thing we know for certain is that the Texas Congressional races in both primaries are awash with too much money.  Another thing to remember is that big checks don't do the talking or the walking for progressive candidates.

Case in point: The Texas Signal, a blog of, by, and for the Democratic political consultant people, ponders the rise of Michael Bloomberg and his presidential campaign in the state.  I'm sure it's a wonderful thing these days to be getting paid a comfortable wage to play politics in the Great State.


Bloomer (Mike Bloomberg) is hiring canvassers at $6K/month till November.
I reckon they should all unionize. I’m thinking a general campaign strike. https://t.co/RNpBXH2kaJ
— Sema Hernandez for U.S. Senate (@_SemaHernandez_) February 11, 2020


Keep in mind that the guy writing the checks wants something in return.


And a Texas Rural Voices reader explains why she supports ... Tom Steyer.

Despite a few TPA members appearing once again not to be 'awake' about progressive politics, there was some hope elsewhere in the Texblogosphere.

Clay Robison at the TSTA Blog noted that public school principals don't have private jets.  Better Texas Blog connected income inequality with the decline in union membership.  And  Sanford Nowlin at the San Antonio Current reviewed the state of election integrity without mentioning 'Russian hackers' once.

With a few words about Trump, SocraticGadfly looked at the recently-ended impeachment process and blogged about why it failed politically, and Stephen Young at the Dallas Observer reminds you not to believe a word Trump or his sycophants say about health care and health insurance.

PDiddie at Brains and Eggs is peddling as fast as he can but is still barely keeping up with the all of the developments from last week in the Democratic presidential primary.  In the second link there he wondered if Iowa turnout may have been dampened by coronavirus paranoia.

(T)here is much more to worry about with the flu.  I got my shot four months ago.  And I am not changing my behavior or buying any face masks or cutting Asian restaurants out of my dining options.


Houston's Asiatown restaurants are getting crushed by the coronavirus fears.

Local leaders say business is down as much as 70% in some spots as customers are too fearful to patronize the part of town.

"It is having a significant impact," Green said. "A needless impact, given that there is no reported case. There is no reason to be away from your normal life. So I’m begging people to please come back."


There are lots of opportunities to see Texas Democratic candidates this week. 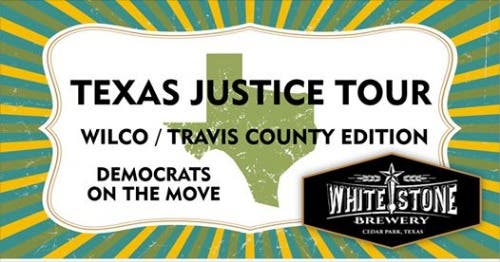 Meet Democratic candidates for state and local judicial offices, including the Texas Supreme Court and the Texas Court of Criminal Appeals. Complimentary food and beverages.

.@MikeBloomberg will be a guest speaker at @harrisdemocrats' JRR Dinner next Thursday, per advisory. @JulianCastro is also speaking. It's the party's biggest annual fundraising event; speakers the last two years were @HillaryClinton and @SpeakerPelosi.
— Jasper Scherer (@jaspscherer) February 5, 2020


Castro has been doing his part for Elizabeth Warren's campaign all across the country.


And there were several events last week that rallied the faithful.


There was a great deal of news about the Texas environment.

Here is my latest report with photos of 5 of the refineries on the list:-Advocates Call on EPA to Expand Air Pollution Monitoring of Refineries After 10 Found Emitting High Benzene Levels https://t.co/4VNztdxE8U
— julie dermansky (@jsdart) February 8, 2020

These landowners are contesting the actions of Kinder Morgan and seeking a remedy. At issue are land valuation and the offers the energy infrastructure giant has made to property owners.

A U.S. Supreme Court ruling in 2005 furnished governments with the authority to condemn private property for economic development ...

“On something like a gas transmission pipeline, the legislature has given eminent domain authority to people like Kinder Morgan if they are a common carrier,” Clint Schumacher, an attorney at Dawson & Sodd specializing in eminent domain, said.

A common carrier moves other companies’ gas or oil through its pipeline at established rates reported the Texas Observer, and “Kinder Morgan gains the power to seize private land through eminent domain as a ‘public utility.”


Towns in the Texas Panhandle are being choked by fecal dust from nearby beef feedlots, dust so thick it blots out the sun. Locals call it "shust" (shit + dust). The authorities aren't helping, & as @collins_reports writes, it's going to get worse: https://t.co/GegDe6iI3M
— Jodi Ettenberg (@legalnomads) February 9, 2020


Let's close another Wrangle with some news on the lighter side of the ledger.

The first large-scale exhibition of its kind, the show features 85 works by female abstract artists who have lived and worked in Texas from the mid-20th century to the present.

This year, the political buzz at Sundance Film Festival belonged to four Texas teens who might end up as future members of the Texas Legislature—or may become another Brad Parscale. Read about 'Boys State,' the Grand Jury Prize winner for best documentary. https://t.co/SfTvYey0MI
— Texas Monthly (@TexasMonthly) February 7, 2020


Using your company's product, carried to the extreme.

For the past month Felderhoff, who is a co-owner with his brother of Muenster Milling Co, a fourth-generation family business that makes pet foods in Texas, has been eating nothing else but his company’s products and, yes, that means dog food.

“Well, it’s a little naive to say I want to [eat dog food] for 30 days,” he admitted in the first of a series of videos documenting his journey on the company’s YouTube page. “But we want to prove that we believe in what we do.” 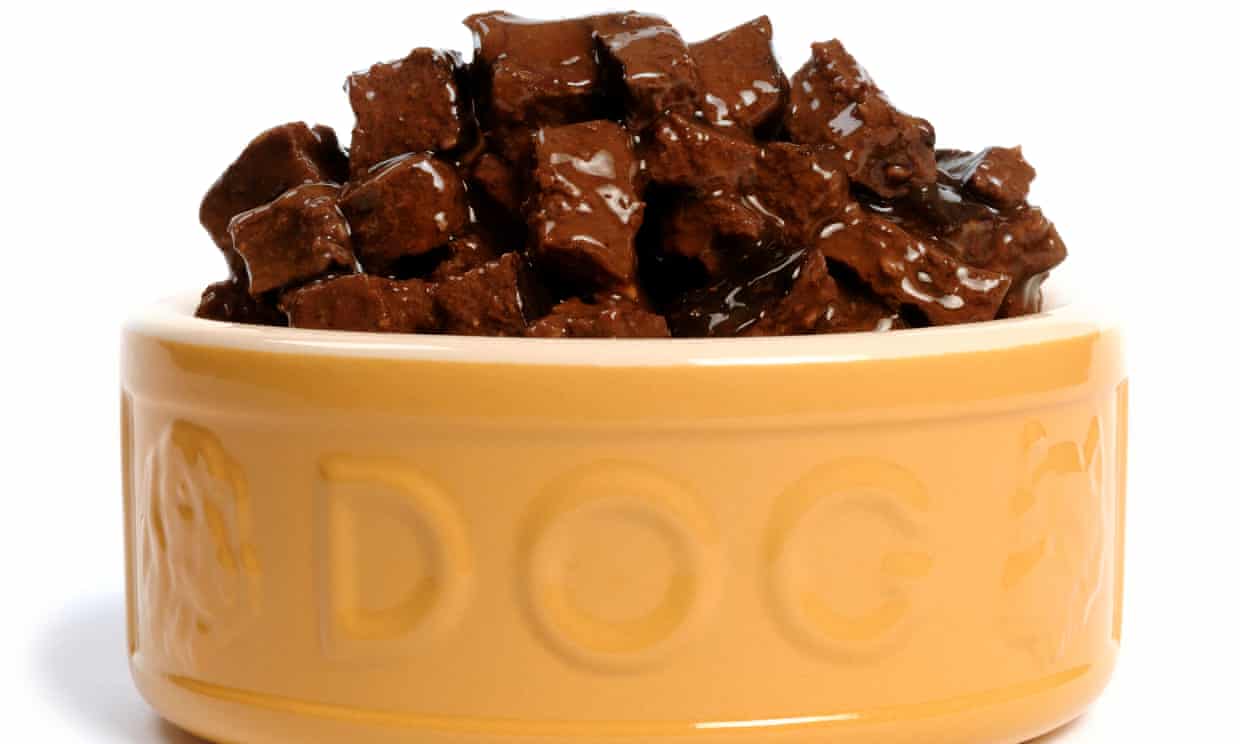 “For two years, I have toyed with the idea of eating our dog food for a month,” he wrote on his company’s blog. “Not just as an advertising bit ... far from it. I want people to know that we are so passionate about what we do, that we’ll do anything we can to make sure we’re providing the best food possible for their dog, so much so, that we’ll even eat it ourselves.”

Sure, Felderhoff is doing this for good reasons, like raising the awareness of animal obesity and promoting pet adoption. And, as he admitted to the Houston Chronicle, his products are not exactly fine cuisine for the human palate. “Dog food is not easy to eat,” he said. “It tastes like it smells. One of the things I did that was key is that I did do some intermittent fasting.”

The transformation of the former newspaper building is nearing completion as the developer embarks on designs for Broadway East. https://t.co/iWZXuD8cKA
— Rivard Report (@RivardReport) February 8, 2020


(Sidebar, personal:) Publisher George B. Irish turned off the Light in 1993 from atop a desk in the newsroom as the presses rolled out the afternoon daily's final edition.  Irish had been part of the Hearst executive team that negotiated the $185 million buyout of the a.m.-circulated San Antonio Express-News from Rupert Murdoch's News Corp. that included keeping the E-N employees and terminating the Light's.

As VP of the company and GM of Hearst Newspapers in 1995, Irish performed an encore -- not exactly a killing, FWIW -- on the San Francisco Examiner, W.R. Hearst's very first newspaper, by buying the SF Chronicle, which I blogged about here.  (It was quite the story; too bad the links are dead.)  In 2008 Irish left his position as SVP of the Hearst Corporation to become the eastern director of the Hearst Foundation.  As I wrote there, not a promotion.  Irish still dutifully serves Hearst in the same capacity at (by my math) age 75; Frank Bennack, his mentor, turned over the executive washroom keys a couple of years ago to Steve Swartz, who replaced Irish at the helm of the newspaper division and then in the job Irish got close enough to smell but never taste.

Bennack wrote his memoirs last year but is still hanging around as vice chairman of Hearst at 86 years of age.  Not many fresh ingredients in the Good Housekeeping kitchen.
Posted by PDiddie at Monday, February 10, 2020