The Texas Progressive Alliance is gearing up for early voting.


For voters who are still making up their minds, the political calendar is full of events this week, local and national, in-person and broadcast.  Here's a rundown of Tweets with links to details.


As the Texas Tribune's most recent poll -- in conjunction with the University of Texas -- revealed, Bernie Sanders has taken the lead in the Lone Star State.


Bernie Sanders leaps to first among Texas Democrats in latest UT/TT Poll https://t.co/5epGUFHNEA “It’s not so much that Biden has collapsed as that he has been exposed. He had superior name recognition in a crowded field. The question was whether he would build on that.” #tx2020
— Joshua M. Blank (@JoshuaMBlank) February 14, 2020


And Jolt Action's Movimiento2020 forum in Pasadena brought in all of the presidential candidates as well as a few local ones.


.@BernieSanders is the only other presidential candidate to take time out and video call #Movimiento2020 pic.twitter.com/qkFVx25VQs
— Brandon Ruiz-Peña (@BRuizPena) February 15, 2020 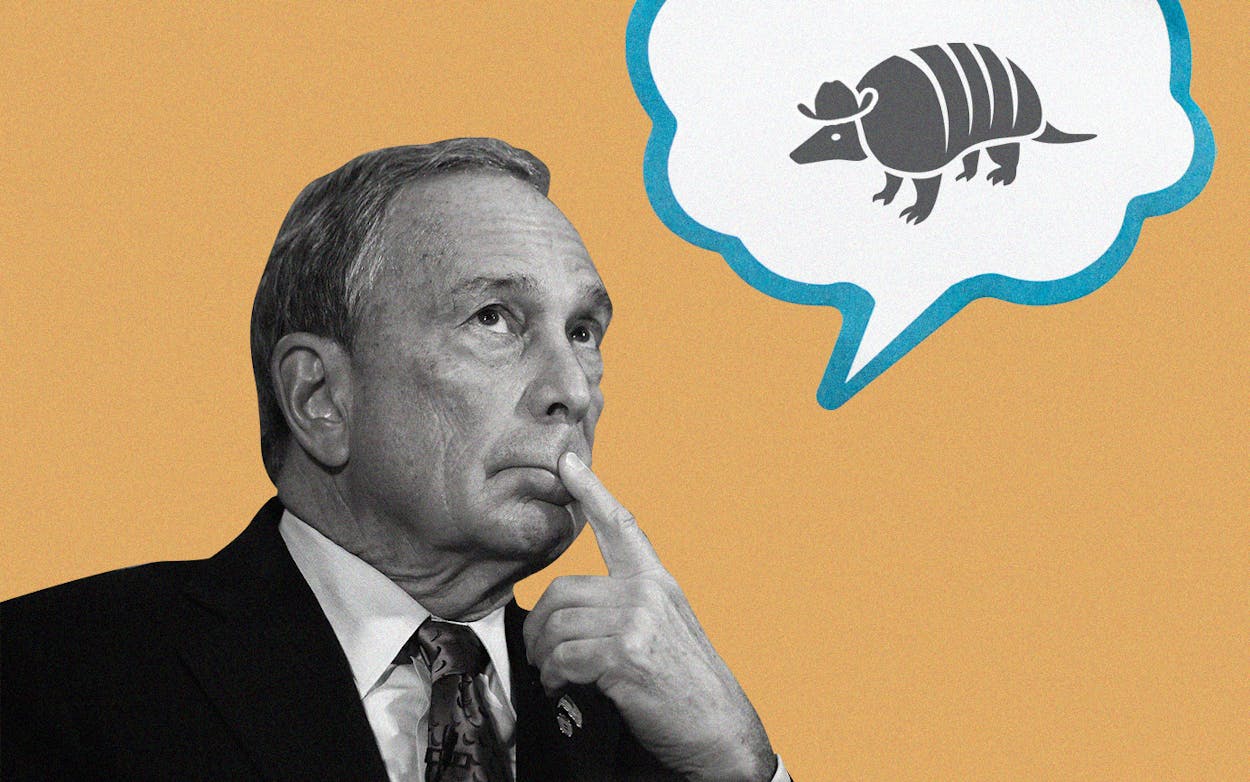 Join KUT, @TexasStandard, @KVUE and @TexasTribune for a debate with the candidates running for the Democratic nomination for U.S. Senate on Feb. 18 at 6:30 p.m.


And the TexTrib's concurrent survey of the Democratic Senate primary appears to show the race as 'one spot left for the runoff'.


A November pairing of Sanders and a Blue Dog at the top of the Texas ticket would present an uncomfortable dichotomy for progressive and conservative Donkeys.  Nervous political consultants are already wringing their hands.

"There is overall uncertainty which is growing. The real fear for Texas D’s remains Sanders," Bill Miller, a longtime Austin lobbyist who has worked with both Democrats and Republicans, said of a Sanders ticket. “'We’d be fucked' -- that’s what they’re saying. The drain at the top goes down to the bottom.”

#Texas will have no use for a Democrat in the US Senate who is to the right of Joe Manchin -- to the right of Mitt Romney, even -- when #BernieSanders is President. https://t.co/XCem8XjonQ
— A Companion Unobtrusive (@PDiddie) February 12, 2020

A coalition of progressive groups and labor unions announced on Monday they’ll be spending at least $350,000 in support of Texas congressional candidate Jessica Cisneros, ratcheting up the momentum in the final two weeks ahead of her high-stakes primary against Rep. Henry Cuellar, one of the most conservative Democrats in Congress.

The groups behind the independent campaign effort are the Working Families Party, the Communication Workers of America, the Service Employees International Union, and the Texas Organizing Project. All have previously endorsed Cisneros, a human rights lawyer and 26-year-old first-time candidate for the House of Representatives. The money will be going toward funding canvassers in Laredo, phone banking, direct mail, and digital and radio ads that will be running in both English and Spanish, according to the groups, whose plans have not previously been reported.

The outside spending comes after Cuellar, who has represented Texas’s 28th Congressional District since 2005, has received nearly a million dollars in support from conservative groups. Last week the Brownsville Herald reported that the U.S. Chamber of Commerce launched a six-figure TV ad buy for Cuellar. The big business lobby, which is shelling out $200,000 on the ads, hasn’t spent so much on a Democrat since 2014. The Chamber is joining a dark-money group, American Workers for Progress, which has reportedly spent over $700,000 to tout Cuellar’s record on health care. The American Banking Association, a lobby group for the financial industry, jumped in the race last week too, spending $60,000 on pro-Cuellar radio ads.

Cuellar’s campaign has also ramped up its own efforts, running its first negative ad against Cisneros last week, attacking her for supporting abortion, taking money from outside the district, and claiming her opposition to the oil and gas industry will cost residents of the district jobs.


A few bloggers took time to check in with the GOP.

There are some ecological news updates.


Oil and gas production dominates further north, but solar and wind farms are likely to be more common in the Big Bend area.


Downwinders at Risk opened another school year at the College of Constructive Hell-Raising.

But that doesn’t account for the massive volume of illegal air pollution that goes unpunished in the state. https://t.co/HjoaE8ZWMj
— Texas Observer (@TexasObserver) February 17, 2020


Earthworks' Ethan Buckner explained why the environmental activist organization is suing Taiwanese chemical giant Formosa Plastics for their repeated violations of past court agreements over their plastic pollution.


With major floods and disaster declarations yearly for past five years, Houston’s looking at a new normal.


As cellular carriers bring 5G — the next generation of wireless technology to Texas, advocates argue it will bring a new generation of digital inequality. https://t.co/OkVC3zcLvK
— Texas Standard (@TexasStandard) February 13, 2020

Steve Rossignol at The Rag Blog wrote about the Underground Railroad route, including possibly a way station, through Blanco County.

Why would a group of escaping slaves have traveled west from Smithville to escape to Mexico?  For a variety of reasons, not the least being that the Eagle Pass/Piedras Negras path to Mexico would have been the shortest route.  It would have also been in a less populated area, free from the pro-slavery plantation areas of eastern Texas. And it would have been a friendlier route (the possibility of encountering hostile Native Americans notwithstanding).  The German population of the Hill Country was adamantly against slavery and Blanco County voted overwhelmingly against secession in February 1861.  The Freethinker German settlements of Sisterdale and Comfort, both militantly political against slavery, would have been along the route.

Another tantalizing clue for the existence of a way station on the Texas Underground Railroad in the Hill Country is given in the autobiography of Dr. Adolph Douai.  Douai was an ardent abolitionist and a refugee from the 1848 revolution in Germany. He resided for a period of time in Sisterdale, 10 miles as the crow flies from the headwaters of the Blanco River.   Douai remarked: "The Negroes often escaped to us and then easily fled to Mexico."


The Morning Consult details the damage the Houston Astros' brand has suffered as a result of the sign-stealing scandal.  SocraticGadfly saw new manager Dusty Baker worrying about beanballs for the Astros and thought about plenty of other punishment tactics that other teams could come up with, on or off the field.

With spring on the verge of ... springing, a variety of outdoor activities are on Texans' minds.  It's the beginning of Mardi Gras Galveston week, and here's a great list of 23 Hill Country road trips, from bluebonnets to tubing.