The Texas Progressive Alliance is grateful for a pause in political activity so it can enjoy the holidays.  (Which doesn't include impeachment proceedings and presidential debates ...) 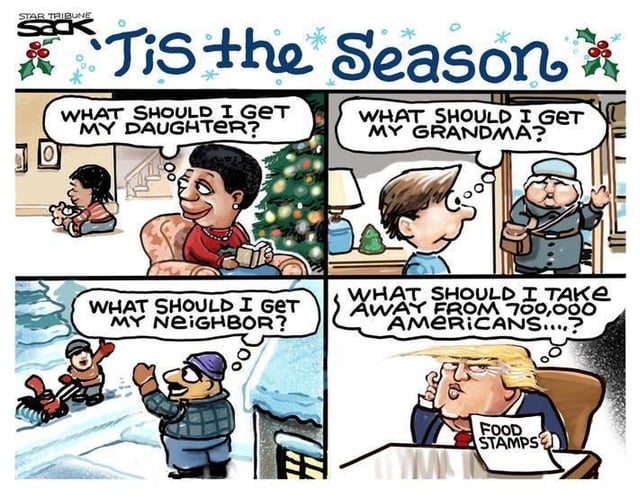 TXElects summarizes the municipal results from Houston, El Paso, and a SCOTX decision regarding last year's election in Mission.

Mayor Sylvester Turner and the three at-large council incumbents won their runoff races. Turner defeated Tony Buzbee, 57%-43%, and at-large council members Mike Knox (56%), Michael Kubosh (61%) and David Robinson (59%) easily turned away their challengers. As of our midnight (12/14) press time, the Dist. H race between incumbent Karla Cisneros and Isabel Longoria was too close to call. Cisneros led Longoria by 25 votes with 18 voting centers yet to report, 50.1%-49.9%.

[Update from the Houston Chronicle: District H contender Longoria yet to concede in Houston council race won by 12 votes]

Following tonight’s results, the Houston council will not have an Asian-American member for the first time since 1993, according to Rice University’s Mark Jones. He also noted that the incoming council will have just one (if Cisneros wins) or two (if Longoria wins) Hispanic/Latino members despite the population being 45% Hispanic/Latino.

The District B runoff remains on hold. Judge Susan Brown (last) Wednesday said she would wait for the Texas Supreme Court to rule on a related case before proceeding. Third-place finisher Renee Jefferson-Smith has filed two lawsuits challenging the eligibility of Cynthia Bailey -- who finished second behind Tarsha Jackson -- over Bailey’s 2007 felony theft conviction. The delay likely means that the B runoff will not be held January 28, (when) it would coincide with the HD148 special runoff election.

El Paso: Former council member Cassandra Hernandez, who was deemed to have automatically resigned when a Facebook page for a possible mayoral campaign went live, has been returned to the council. Hernandez defeated Will Veliz, 53%-47%. In the D6 special election, voters sent Claudia Lizette Rodriguez (32%) and Debbie Torres (28%) to a runoff.

Mission: The Texas Supreme Court declined to review the results of 2018 mayoral runoff that was won by Armando O’Caña over incumbent Beto Salinas, who contested the result. A trial court sided with Salinas, finding that it was impossible to determine the outcome of the runoff due to voter fraud. The 13th Court of Appeals reversed that decision after determining that the evidence did not support a sufficient number of illegal votes to overturn the election results.


Kuff is still looking at 2020 Democratic filings for Congress and state offices.  The Dallas News gathered up all the names of the people who want to help run Texas next year in their post-filing deadline report.  John Coby at Bay Area Houston saluted Briscoe Cain's primary opponent.

SocraticGadfly offers a twofer related to world affairs, first saying goodbye to Jeremy Corbyn then calling out Wikipedia creator Jimmy Wales for his sliming of Corbyn and other general rot.  Paradise in Hell fears we are in the Clown Era of world leadership.

The shooting death of an HPD LEO reopened the gun debate nationally.

Last (week's) killing of Houston police Sgt. Christopher Brewster prompted Police Chief Art Acevedo to call out U.S. Sens. John Cornyn and Ted Cruz of Texas for their part in blocking legislation that would ban sales of guns to dating partners convicted of domestic abuse or subject to restraining orders for abuse. Such a ban exists for abusers of family members, but not for boyfriends and girlfriends.

It is past time for @senatemajldr, @JohnCornyn & @tedcruz to lead & get the Violence Against Women Act to @realDonaldTrump. Lives are being lost & destroyed due to inaction. Lock yourselves in a room in conference & don’t come out until you hatch it out. LE will gladly help. https://t.co/p0txuqVZ85
— Chief Art Acevedo (@ArtAcevedo) December 5, 2019


“I don’t want to see their little, smug faces about how much they care about law enforcement when I’m burying a sergeant because they don’t want to piss off the NRA,” Acevedo said. "Make up your minds. Whose side are you on? Gun makers, the gun lobby or the children that are getting gunned down in this country every single day?”


Acevedo's courage in calling out our corrupt politicians notwithstanding, this Wrangle has more than the usual number of accounts of cops behaving badly.

A (Bexar County) sheriff’s deputy has been arrested for performing unlawful strip searches of at least six women in an 11-day period, authorities said.


Texas prison officials violated a judge’s order to provide inmates with air conditioning, and that means, among other things, that the prisoners' lawyers get to investigate.


“Pervasive, systemic racism is not an Austin-exclusive problem,” said @NatashaD1atx. “Everybody’s got a little bit of this illness, and it’s time for us to apply a massive dose of treatment.” https://t.co/YBvzPwdygn
— Texas Observer (@TexasObserver) December 15, 2019


The Trump Administration knew that separating migrant children from their families would be harmful -- duh -- but they ramped up the practice anyway.

“Not only was it inhumane,” said Robert Carey, a Refugee Resettlement director in the Obama administration, “it was extraordinarily poorly managed.”


And the DPS is getting more money to keep us all under its watchful eye in the sky.


More money is about to flow into 8 surveillance centers located across #Texas.

The state Department of Public Safety helps oversee these intelligence-gathering hubs, called "fusion centers" - but it doesn't talk much about what they do.@TexasStandard | https://t.co/dNy6up4nd0 pic.twitter.com/5Xy8Qfbb91
— KERA News (@keranews) December 12, 2019


Though the surveillance centers provide a means of coordination during times of crisis like Hurricane Harvey, (Dallas News 'Watchdog' columnist Dave) Lieber says they operate full time, and are able to gather and share information from a variety of sources.

Lieber gives the example of a tourist visiting the Alamo, taking pictures and acting suspiciously. He says a system called TrapWire can take pictures of the tourist and transmit those images back to a fusion center.

“They could use facial recognition software, for example, to find out who you are,” he says “(whether) you’re there just taking pictures as a tourist, or if you’re taking pictures because you have some kind of nefarious act you want to commit ...”

Lieber says his theory is that rather than create gun restrictions, the state is using the fusion centers’ surveillance capabilities to keep an eye on places and people who might be a threat.

Lieber says there has been little focus on safeguarding Texans’ privacy.

Officials said the risk to the public is "extremely low" after mercury spilled Sunday afternoon in west Houston.

According to officials, a "small amount" of the chemical spilled around 1 p.m. Sunday at a Walmart, a Sonic and a Shell station across from Sonic near the intersection of Beltway 8 and Westview Drive. Houston Fire Chief Sam Pena said the amount of mercury at each location is less than a pint. Houston fire department officials initially reported more than 60,000 gallons of mercury spilled, but later corrected the amount. [...] 30 to 60 people were processed for decontamination, including one pregnant woman who was taken to the hospital as a precaution.


In other climate news, Rice University has launched a research initiative called Carbon Hub, aiming to reduce carbon emissions by using ... wait for it ... oil and natural gas to create clean energy and materials.  The work has been funded intially by a $10 million grant from ... wait for it ... Shell Oil.

And Downwinders at Risk welcomes its new board members.

In a round-up of the kind we can expect more of here at year's end, Steve Young at the Dallas Observer has a collection of the funniest unforced social media errors by Texas officials.  I'll add Greg Abbott's "Get a Rope" joke to his list.


Speaking of bad jokes, Dan Solomon at Texas Monthly informs us that Alex Jones has always known exactly what he is doing.

Save Buffalo Bayou links to Mother Jones, telling us we should save a little room in our hearts for the lowly opossum, heroes of the southeast Texas animal kingdom. 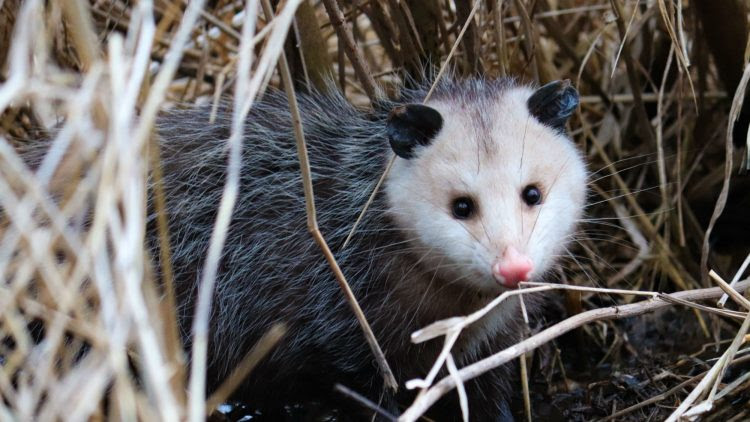 Not a picture of Alex Jones (or Tony Buzbee)


The Alliance wishes Mr. and Mrs. Juanita Jean of the World's Most Dangerous Beauty Salon a speedy recovery after they were rear-ended in Austin.


“Charro Claus and the Tejas Kid” is the story of Santa Claus’ primo Pancho, who spends Christmas Eve traveling along the Rio Grande to help Santa complete his deliveries around the world. https://t.co/6O8AmzsM4N
— Texas Standard (@TexasStandard) December 15, 2019