The Texas More-Centrist-than-Progressive Alliance solemnly noted Holocaust Remembrance Day yesterday with remarks appropriate to the occasion.  Not so the Harris County GOP, which was quickly shamed into deleting its "Leftism kills" Facebook post.

A lack of understanding of Nazis and political history is the root cause of this oft-repeated error.  From the Chron link:

"Nazis, who killed left-wing activists among other victims, have traditionally been viewed by historians as a right-wing fascist movement."


Pages of Victory posted Janis Ian's song, "Tattoo", inspired by her thoughts about the Holocaust.

Here's the rest of the blog post and lefty news roundup.

Three seats in the House of Representatives were vacant when the Legislature convened two weeks ago:
Tuesday is Election Day in HD79 and HD145. Early voting begins (today) in HD125. Early voting turnout in HD79 was 3.1% of registered voters, as a total of 2,705 people had voted through Friday. Turnout was lower in HD145, where just 1,528 ballots were cast through Friday, amounting to 2.1% of registered voters.

There have been nine expedited special elections for legislative seats since 2010, and turnout has exceeded 10% of registered voters in just one of them. 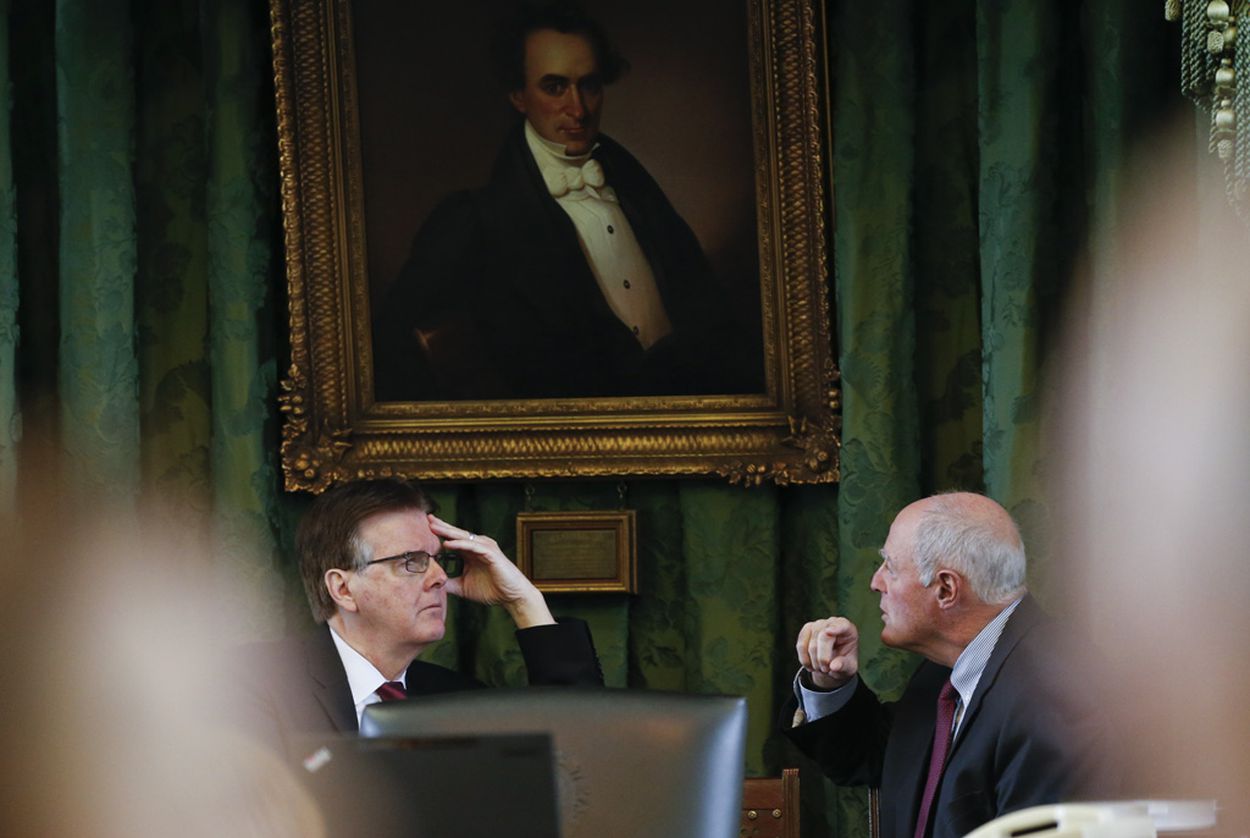 The government shutdown may have ended but the hypocrisy of Ted Cruz lasts forever.  Stephen Young at the Dallas Observer posted the smackdown from Senator Michael Bennet of Colorado.

Trump's wall is a manufactured immigration crisis and is unnecessary, say two Texas sheriffs who police the southern border, reports Kate Groetzinger of the Texas Observer.  Jessica Reyes and Christina Sullivan at Texas Monthly compiled a list of Texas Congresspeople who refused to cash their paychecks during the shutdown.

At least 20 of the 36 Texas members of the U.S. House have confirmed that they are withholding their $174,000 annual salary for the duration of the nation’s longest partial government shutdown. [...] The remaining sixteen members of the House did not say that they were continuing to take pay; they simply have not yet responded to our queries. Sixteen of the House members from Texas who are withholding or donating their pay are Republicans. Ten of the sixteen members who did not respond are Democrats. Neither of the two U.S. senators responded about their intentions.


Patrick Svitek at the Texas Tribune brings word that the DCCC has announced its plans to challenge five incumbent Lone Star Republicans in 2020.

As part of its first digital ad campaign of the cycle, the Democratic Congressional Campaign Committee is targeting U.S. Reps. Michael McCaul of Austin, Chip Roy of Austin, Pete Olson of Sugar Land, Kenny Marchant of Coppell and John Carter of Round Rock. They are among 25 GOP House members across the country included in the ad offensive, which the DCCC announced Friday.

The ads criticize the lawmakers for voting against recent Democratic-backed legislation to end the government shutdown without funding for a border wall -- a demand by President Donald Trump that prompted the closure.


Down With Tyranny says that Mike Siegel, McCaul's 2018 challenger who fell just short, has already declared he will run again next year.  Meanwhile a call has gone forth for a progressive to stand against the mangey Blue Dog in South Texas, Henry Cuellar.

Dubbed “Big Oil’s Favorite Democrat,” Cuellar is the first who Justice Democrats will be recruiting a primary challenger for ahead of the 2020 election. When he voted to lift the ban on crude oil exports in 2015, Cuellar said in a press statement that “with the Eagle Ford Shale in my district and the Permian Basin nearby, I recognize the great potential for our domestic oil industry, and I also understand the way in which it is being suppressed by this outdated export ban.” Lifting that ban helped clear the way for the rash of new fossil fuel development over the last few years and will continue to fuel the development analyzed in OCI’s report. In the summer of 2017, he was among the first to join the Congressional Oil and Gas Caucus intended, per inaugural chair Vicente González, D-Texas, to “assure that there is support on this side of the aisle for the oil and gas industry.”

Cuellar has voted 69 percent of the time with Trump. In the 2018 cycle, he accepted $145,000 from PACs linked to oil and gas corporations and has taken $711,627 from the industry over the course of his career.


With so much progress being made so quickly on criminal justice reform -- and specifically cash bail reform -- it was inevitable that "LawNOrder" groups would start pushing back.  Grits for Breakfast points out that the organization representing Texas counties is lobbying the Lege about the costs of indigent defense with fake news.

Global warming developments topped bloggers' interest this week past.  Downwinders at Risk celebrated victory as the Dallas city planning commission voted to deny a permit to the concrete facility south of that city.  Texas Vox also saw Big D taking several important steps to mitigate the forthcoming impacts of climate change.  San Antonio's climate plan calls for the Alamo City to phase out the use of fossil fuels by 2050, according to Brendan Gibbons at the Rivard Report.  The Texas Living Waters Project writes about reforesting stream banks.  But Progrexas has some ominous news: Permian Basin drillers are flaring almost twice as much natural gas as they are reporting to the Texas Railroad Commission. 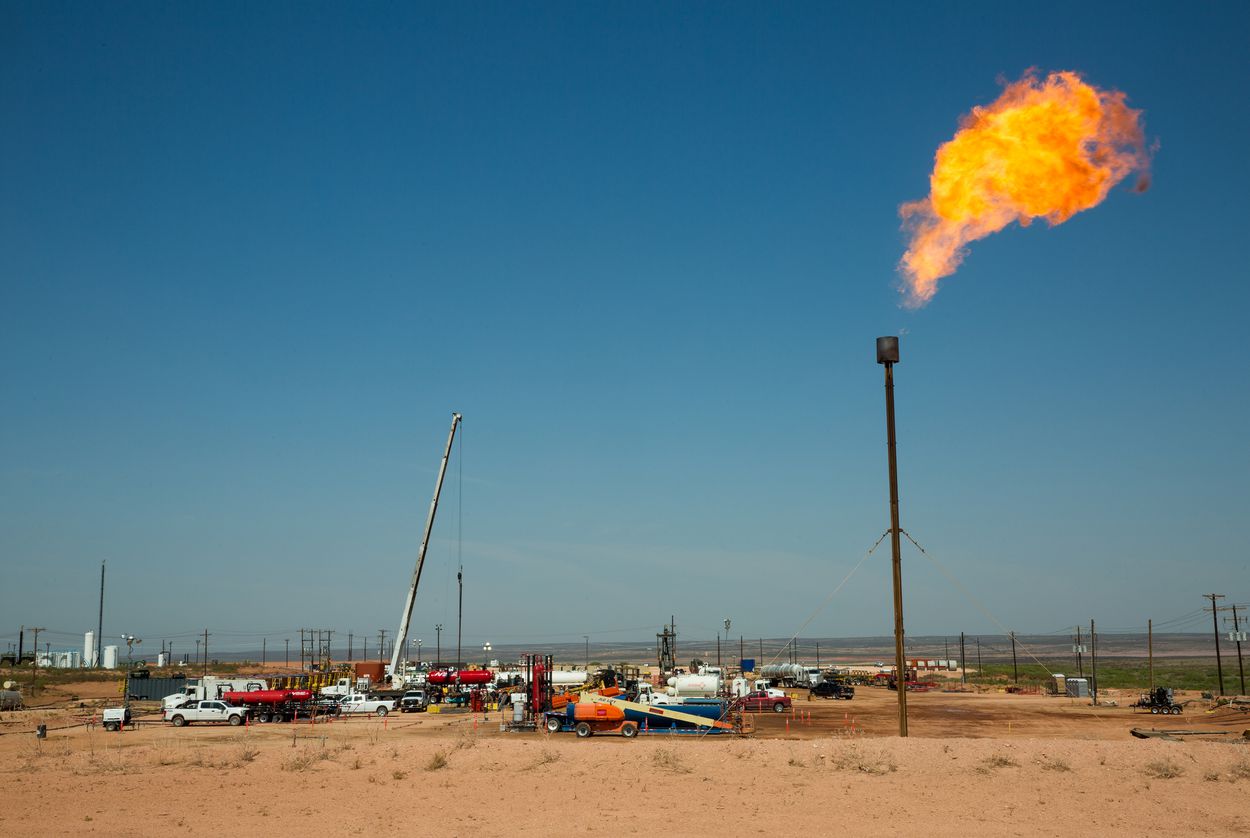 “In 2017 alone, Permian oil and gas operators burned enough gas to serve all the heating and cooking needs of the state’s seven largest cities,” wrote Colin Leyden, the Environmental Defense Fund’s senior manager for state regulatory and legislative affairs, in a blog post describing the findings. “That’s roughly $322 million of natural gas that went up in smoke.”

Natural gas is a fossil fuel hitchhiker that comes up with oil. When burned off, it releases earth-warming greenhouse gases and pollutants that can wreak havoc on the human respiratory system.


Off the Kuff kept up with the census lawsuit news, now being fought in two courts.

The Somervell County Salon sees some similarities in the lack of governmental transparency between a death in the Travis County jail and the Texas Public Information Act violations she's covered in Glen Rose.

Raise Your Hand Texas highlights some of the many public school choice options available to Texas students and families.

John Coby at Bay Area Houston has some advice for would-be city council office seekers.  (My advice is to ignore his advice.)  Derrick Broze at The Conscious Resistance wonders why Mayor Sylvester Turner won't answer questions about the city's 5G plan.

SocraticGadfly had two different pieces on just how real and how strong the national "jobs miracle" is.  First, if as much as half of Internet traffic is fake and bots, then how "real" are many Internet-driven jobs such as SEO marketing?  Second, he advised people not to believe semi-legend pieces about the ease of job-hopping.  The reality is different; it's driven by IT-tech jobs, followed by sales, and doesn't apply if you're over a certain age.

The company once was a great San Antonio success story. Businessmen Lowry Mays and Red McCombs founded the company in 1972 with a purchase of a local radio station. It grew over the decades to become Clear Channel Communications and then iHeartMedia with 850 stations on its roster, including KJ97 and WOAI 1200 locally.

Mays and McCombs sold Clear Channel in 2008 to two private equity firms in a deal reported near $25 billion, but it has struggled under the weight of growing debt since the acquisition. It was renamed iHeartMedia in 2014.


Mike McGuff blogs on the demise of a hyperlocal news outlet in Katy, Texas, and extends his thoughts about the state of today's corporate media.

From my vantage point of running a little Houston media blog for a decade plus, no one is getting rich doing this - even if you see ads running around these very words. And it's not just the little sites - the big dogs in publishing are hurting too. In fact, if you follow me on Twitter, I just tweeted a New Yorker article that asked Does Journalism Have a Future?


David Collins explains cognitive misers, useful idiots, and how multiple complex narratives get reduced to two boxes ... and one narrative.

And Texas Standard has a profile of 'cosmic cowboy' Michael Martin Murphey on his induction into the Texas Music Legends Hall of Fame and the release of “Austinology: Alleys of Austin.”

Murphey teams up with old friends Willie Nelson, Lyle Lovett, Gary P. Nunn and others to recreate the soundtrack of a vibrant scene that somehow emerged in the Texas Capital City.