As this post was being written, Tulsi Gabbard announced her exploratory committee for the Democratic nomination.  Her candidacy will be hotly debated among progressives Democrats left and center.  More later in a separate post.

Since the topic is trending ...  See my first post from a few days ago here.

Let's mention the Republicans' Trump primary -- under way now -- along with the speculation as to whether it could even happen.  (With South Carolina publicly considering canceling their primary to shield Trump from challengers, I believe it won't.)  John Kasich is barking the loudest; Bob Corker, Jeff Flake, and apparently Ben Sasse are definite maybes.  Don't count on anybody getting any traction.  The deck is stacked against them.

That would seem to open the door for a high-profile independent bid, possibly regurgitating the Unity08/AmericansElect2012 -styled thing.  Evan McMullin's 2016 effort, financed by the anti-Trump PAC Better for America, managed to get on the ballot in 11 states as well as qualified write-in status in several others.  He and running mate Mindy Finn of Kingwood pulled over 731K votes, or 0.4% of the nation's total, which ran behind the Greens' Stein-Baraka (1.1%) and the Libertarians' Johnson-Weld (3.3%) tickets but certainly wasn't a bad showing for having declared in August of that year.

No noise on this waterfront I can detect yet, but the more you hear about "how far left" the Democrats have moved, and with Trump the assumed GOP standard-bearer ... there will be lots of corporate media-induced wailing for "sensible-center" shitholes.  Expect it.

Speaking of the Greens and the Libertarians, recent posts at Independent Political Report update both, candidates and speculation.  Outside of William Weld for the Libs, nothing very interesting.  No point in dwelling on this from a progressive perspective, since Texas Greens lost ballot access in 2016 and ongoing state party dysfunction precludes their regaining it in time for 2020.

On to the Democrats, the only story for the rest of the year -- and maybe the cycle -- to be reported here, unless something really unexpected happens with Trump or the others.

Axios has your comprehensive duopoly candidate tracker, listing as 'declared' Richard Ojeda, and twenty more 'possibles' including Sherrod Brown, Eric Swalwell, Andrew Gillum, Amy Klobuchar, Michael Bennet, Howard Schultz, Eric Garcetti, Terry McAuliffe, Michael Bloomberg, John Hickenlooper, Jeff Merkley, Steve Bullock, and Eric Holder among the names I didn't mention earlier.  Click over.  Those I bolded are the ones I think are the most serious, for various reasons but mostly on the combination of name recognition, electoral experience, and deep pockets.

Ojeda is the retired Army major, Afghanistan and Iraq war veteran, West Virginia state senator and 2018 Congressional candidate -- he lost to Republican Carol Miller, but improved Democratic numbers in WV-3 by 32 points and outperformed Hillary Clinton -- who was notorious for saying he had supported Bernie Sanders in the 2016 D primary ... but Trump in the general election.

He now says he believes Trump is a fraud, but could not bring himself to back Clinton.


I have no idea how this guy will do but he should be interesting as hell in the debates, especially if he's on stage with the likes of Bloomberg, Schultz, and/or John Delaney (see previous) -- any of whom could just as easily wind up on a centrist independent ticket with their respective abilities to self-fund.  Let's call it the American Plutocracy Party.

I agree with Lawyers, Guns and Money that Brown needs to stay in the Senate.

Here's FiveThirtyEight's first volume of what the TwentyTwentys said and did last week. 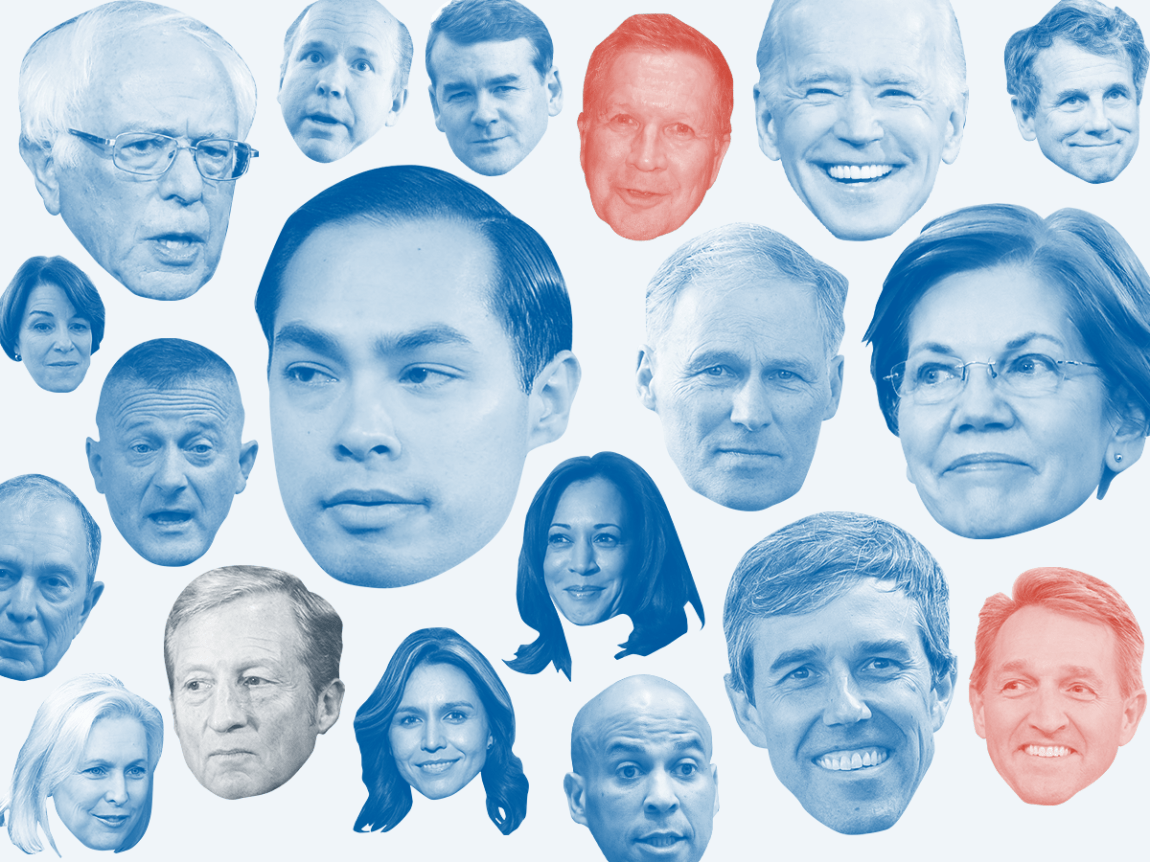 It's comprehensive -- from Beto's beard to Ojeda's resignation from his state Senate seat.

-- 'Business' is a dirty word in the D primary: 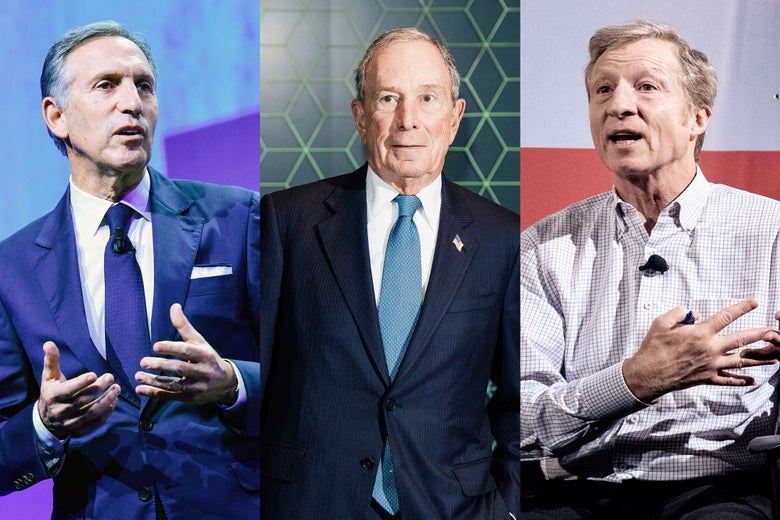 On Wednesday, billionaire California investor Tom Steyer announced that he’s decided against running for the Democratic presidential nomination. (He’ll instead continue his current project of funding aggressive, impeachment-oriented activism.) CNN’s Harry Enten subsequently noted that in a primary environment in which Democrats view a number of potential nominees very favorably, Steyer -- and other businessmen who were/are considering running -- are among the few who poll poorly. (Andrew Yang is an entrepreneur/venture capital guy; Howard Schultz was the CEO of Starbucks.)

Indeed, I couldn't figure out why Andrew Yang had a 5% fav & 12% unfav in the poll. Then I realized he was introduced as "businessman". People were likely just going off that. Oh and just 17% said Howard Schultz would "add" to the campaign. Lowest of all tested on that question.
— (((Harry Enten))) (@ForecasterEnten) January 9, 2019


Last week, CNBC ran a piece reporting that New York senator and maybe-2020 candidate Kirsten Gillibrand had reached out to potential presidential campaign donors on Wall Street. The piece was immediately circulated by prominent leftists on Twitter -- and was perceived as so potentially dangerous by Gillibrand that she responded directly to one of those critics with a list of her tough-on-finance bonafides. As New York’s Eric Levitz notes, Gillibrand and other potential 2020 Dem candidates who’ve gotten big finance industry donations in the past have spent the past two years endorsing as many ambitious, leftist policy ideas as possible in what seem like attempts to distance themselves from the more big business–friendly parts of their voting records. Gillibrand, who was once described in Politico as a “go-to advocate for the financial services industry,” has gotten behind Bernie Sanders’ proposal to tax all securities transactions. New Jersey Sen. Cory Booker famously took the pharmaceutical lobby’s side on a bill involving prescription-drug importation; he now supports a single-payer health care bill.


You get the picture.

-- Here's a Twitter feed for "Elizabeth Warren" with all of the most recent news, 'attacks' (sic), and opinion/snark-related Tweets.  What's kind of cool is that yours is going to look different than mine because you follow different people than me.  If you're not on Twitter, you'll get more of the straight news, like WaPo and Politico.

-- Kamala Harris was on Colbert, said "she might" run for prez, is gutted vetted as her side of the story regarding the 2012 settlement for bad mortgages in California -- the cause of the Great Depression in 2008 -- gets spun back over her.  It's long, a bit in the financial weeds, and a very bad look for the junior Cali senator.  On top of her bumpy (well-hidden; look for the graf with David Sirota mentioned) record (scroll to the end, past the puffery) as a prosecutor, I have trouble seeing how she gets to the nomination.  Tough-on-crime and easy-on-banks Democrats pretending to be progressives doesn't sound like the winning ticket to me.

But identity politics Democrats are swooning anyway, seeing Obama in a dress. 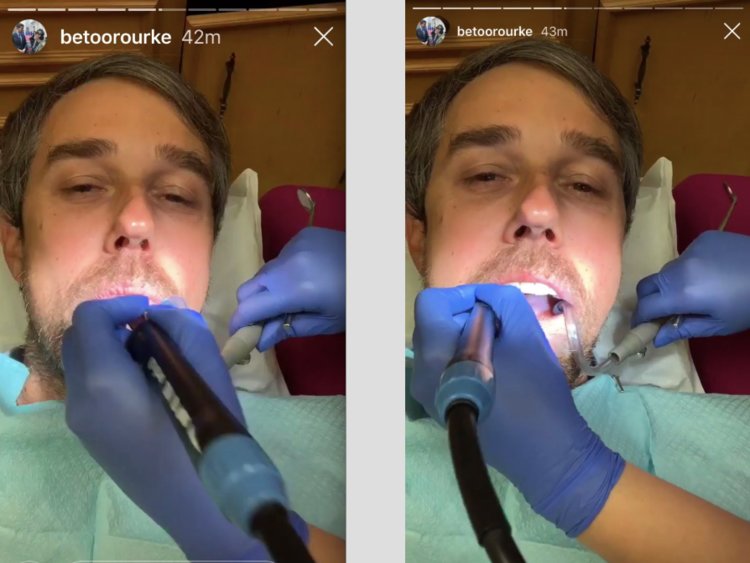 -- Yes, if you you watched Liz Warren cracking open and swigging from a Michelob Ultra in her kitchen while Beto got his teeth cleaned this past week, you fell prey to this cycle's Instagram Live My Life/Campaign trend.  It sucks.
Posted by PDiddie at Saturday, January 12, 2019