Senator Spartacus of New Jersey big-footed Liz Warren's tease this morning (her hotly-rumored declaration a week from tomorrow).  These developments are pushing Howard Starbucks out of the headlines, thankfully.  More at length on Booker, Warren's wealth tax, Schultz's potential indy run, and other items below.  There's been a few comings and goings since I last updated.

-- Richard Ojeda realized he had no path to winning, so he dropped out.  Less than two weeks after he resigned his seat in the West Virginia state senate, which enabled the Republican governor to tap one of his cronies to fill it.

-- Los Angeles Mayor Eric Garcetti decided against a bid for the White House.

-- Former AZ Sen. Jeff Flake will become a teevee talking head rather than challenge Trump in the GOP presidential primary.  Nobody has more fully lived up to their name since Anthony Weiner.

Everybody that's in today, except for Booker. Can you name them all?

-- Cory Booker has some razzle-dazzle, as even not-so-close observers know.  His rejoinder to John Cornyn during the Kavanaugh hearings was a standout moment, if not quite Kirk Douglas-worthy.

During the Supreme Court confirmation hearings for Brett Kavanaugh last fall, Booker dramatically threatened to release confidential documents from Kavanaugh's time in the Bush White House, even though, as he claimed, "the penalty comes with potential ousting from the Senate." Booker called it his "Spartacus moment," but the drama was significantly deflated when it became clear that the documents in question had already been approved for public release.


He's also got some heavy baggage.

He’ll have to contend, though, with his work promoting charter schools (not a favorite of the teachers unions) and the perception that he’s close with Wall Street.


There's also the big money he's been taking from Big Pharma until recently, the appearance of quid pro quo to them, and this. 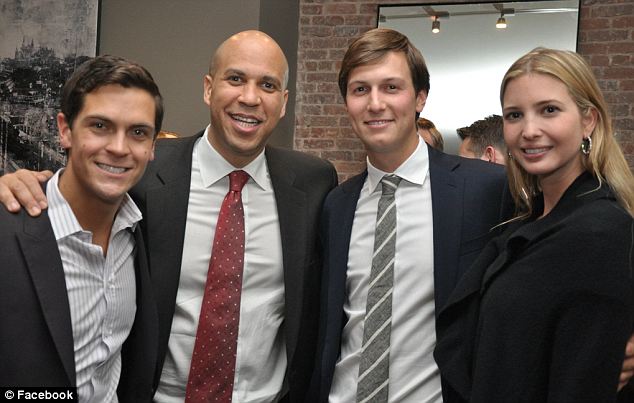 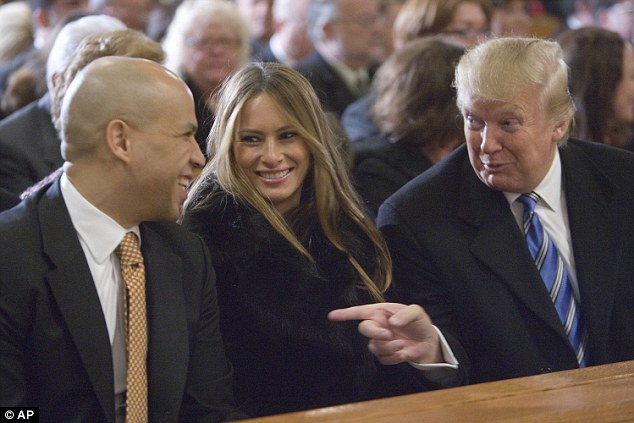 If Cory Booker is the future of the Democratic Party, they have no future! I know more about Cory than he knows about himself.
— Donald J. Trump (@realDonaldTrump) July 26, 2016

Like Kamala Harris, there's a great deal in Booker's record that both does -- and does not -- reflect progressivism.  Like Harris, he's going to depend on charm to overcome it.  Senator Copmala might have a slight edge with their shared ethnicity voting bloc.

... about 60 percent of black Democratic voters are women, and black women may want to make history and elect a black woman.


How the black caucus breaks probably rests on how the vetting of her record as a prosecutor goes.

-- Elizabeth Warren's 'wealth tax' proposal, which came on the heels of Alex Ocasio-Cortez's 70% marginal tax rate suggestion, was followed up with legislation presented by Bernie Sanders to ask the most well-off Americans to share their wealth with the poorest among us.  It's a lesson most of us learned in kindergarten.

No surprise, though, that Howard Schultz and Michael Bloomberg are strongly opposed.  It was enough to make Schultz reconsider his Democratic Party membership.


The proposals have plutocrats shook. Michael Bloomberg, the billionaire former New York City mayor who is flirting with a run in the Democratic presidential primaries, invoked the spectre of Venezuela and suggested Warren’s wealth tax could lead to Americans “starving to death.” Billionaire Starbucks emeritus chairman Howard Schultz this week blasted Warren’s plan as “punitive” and “ridiculous,” and insists he cannot run for president as a Democrat because he doesn’t believe in steeply progressive taxation. “I no longer feel affiliated” to the party, he said, “because I don’t know their views represent the majority of Americans. I don’t think we want a 70 percent income tax in America.”

But Schultz — who stubbornly and wrongly insists he’s standing up for a “silent majority” — does not have the people with him. According to recent polls, wide majorities of Americans support both Warren’s wealth tax and Ocasio-Cortez’s top-bracket tax hike.

The proposal to tax income earned above $10 million-a-year at 70 percent is favored by nearly six in ten Americans — and even 45 percent of Republicans according to a recent HarrisX poll. And a new poll by YouGov, commissioned by the liberal group Data For Progress and reviewed by Rolling Stone, finds a wealth tax is even more popular: 61 percent of Americans support Warren’s proposal to tax the rich, including 44 percent of Republicans. (A near majority, 46 percent, “strongly support” the measure, while only 15 percent “strongly oppose” it.)

“The idea of taxing billionaires is extreme to the Beltway elite that takes their money, but not to voters,” says Sean McElwee, a co-founder of Data for Progress. “Meanwhile, ideas like Social Security cuts that billionaire elites love are despised by ordinary voters.” Politicians looking for “bipartisan solutions” McElwee believes, should start with “expropriating the wealth of billionaires.”

To be clear, it does not happen without a Democratic Senate in 2020, and like Medicare for All, almost certainly requires the suspension of the filibuster.  <<Follow the links here.

Get more, including the 'Draft Beto' movement, from the sources I've linked in past posts: FiveThirtyEight's 'What They're Saying and Doing' this past week, and Vox's 'Biggest Questions So Far, Answered'.
Posted by PDiddie at Friday, February 01, 2019