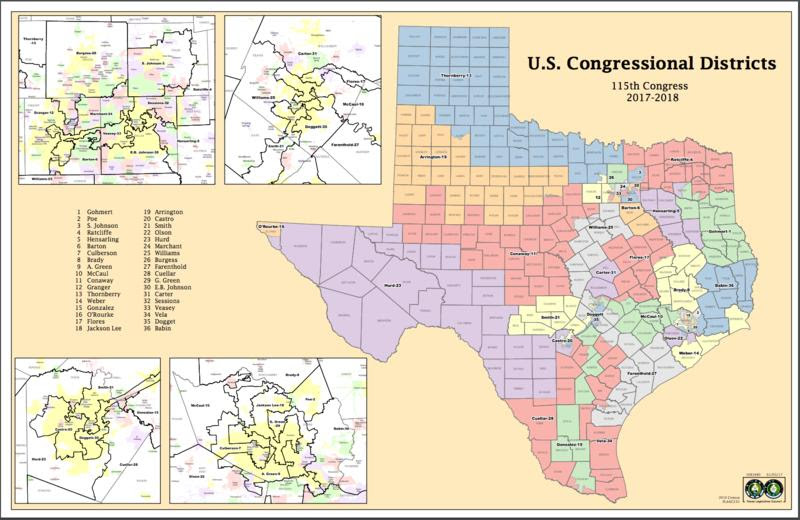 I was tempted to write "fresh", but then CD-1 incumbent Louie Gohmert is in another rematch with Shirley McKellar, who must just love losing to him.  She's the deep East Texas equivalent of James Cargas.  More on that in a quick minute.

-- CD-2: Todd Litton bested the four others on the D side, at least three of whom were to his left, to move on to the general election against either Kevin Roberts or Dan Crenshaw in November for the right to replace Ted Poe.  Kathaleen Wall got in bed with Trump, spent six million bucks, secured the endorsement of Greg Abbott and Ted Cruz, and missed the runoff by .3 of one percent, or about 145 votes.  I'm tempted to thank God.  The Republican who wins will still be favored in the fall.

-- CD-3: Van Taylor ran against Chet Edwards in 2004, right after the DeLay redistricting, and lost to the Blue Dog (who continued to fend off R challengers until 2010, losing to Bill Flores).  Taylor went on to win election to the Texas House and later the Texas Senate (where he is currently representing SD-8), and is now favored to hold the seat of retiring Rep. Sam Johnson.  He'll face either Lorie Burch or 'the other' Sam Johnson, of the Dems, in November.

-- CD-5:  Two GOPers will run off in May to replace Jeb Hensarling; Lance Gooden and Bunni Pounds.  The Rabbit Lady was a Hensarling campaign manager, political consultant, and fundraiser prior to hopping into this race.  Gooden seeks a promotion from the Texas House; the third-place finisher in the R primary is/was former state Rep. Kenneth Sheets.  The Democrat waiting to be skunked in the fall is Dan Wood.

-- CD-6: This contest drew thirteen Republican challengers after Smokey Joe Barton finally quit following the, ah, exposé of himself on Twitter.  The two who will go to May 22 are Ron Wright, a former Barton chief of staff, and JK 'Jake' Ellzey, a retired Navy pilot.  Democrats have two women in their runoff: Ruby Faye Woolridge and Jana Lynne Sanchez, who finished in a virtual tie yesterday. Woolridge led by just 19 votes out of over 29,000 cast.  Sanchez has followed me on Twitter from her campaign's earliest days and has a fascinating life story.

Jana Lynne Sanchez grew up in the Ellis County, Texas towns of Maypearl, Midlothian and Waxahachie. Her grandparents, migrant farm workers, settled in Rockett, outside of Waxahachie in the 1950s. Her grandfather was an undocumented immigrant from Mexico who lived in the U.S. most of his life, before becoming a citizen in 1969. Her father, one of 27 children, grew up on the road and had little formal education.

Jana attended Rice University in Houston on multiple scholarships and thanks to financial aid, student loans, work-study jobs, and the support of family. After graduating from Rice with a degree in Political Science, she went on to work as a political fundraiser, raising millions for state-wide and local candidates in California. She also managed political campaigns in Alabama before turning to journalism.

She began her career writing about food and travel for the Baltimore Sun before becoming a technology journalist. Later she was a foreign correspondent for Reuters in Amsterdam. In 2005 she co-founded CitySavvy, an award-winning financial and corporate communications consultancy with offices in London and Amsterdam (www.citysavvy.com). At the end of 2014 she returned to Texas.

Jana serves on the Dean’s Advisory Board for the School of Social Sciences at Rice and is active in progressive political causes in Texas. She’s an aspiring country songwriter, singer and guitarist.


It'll be uphill for either woman to win this district, but if there is a Trump/Barton/#MeToo/#Time'sUp backlash in the fall, this would be a great place for it to hit.  I'll be watching this runoff almost as closely as ...

I cannot tell you how happy this makes me.  If I never see this guy's name on my ballot ever again, it will be too soon.

I've got 29 more of these to do and no more time left today to do 'em.  Back tomorrow morning, early (as usual) later.  Too much to do offline.  Texas Lege and county race takes still to finish as well.
Posted by PDiddie at Wednesday, March 07, 2018

MAYPEARL? Damn, haven't heard that name in a long time. Nor ROCKETT. Been through both more than once though.