With this week's lefty blog post and news round-up, the Texas Progressive Alliance was delighted to let the youth lead the way this past weekend. 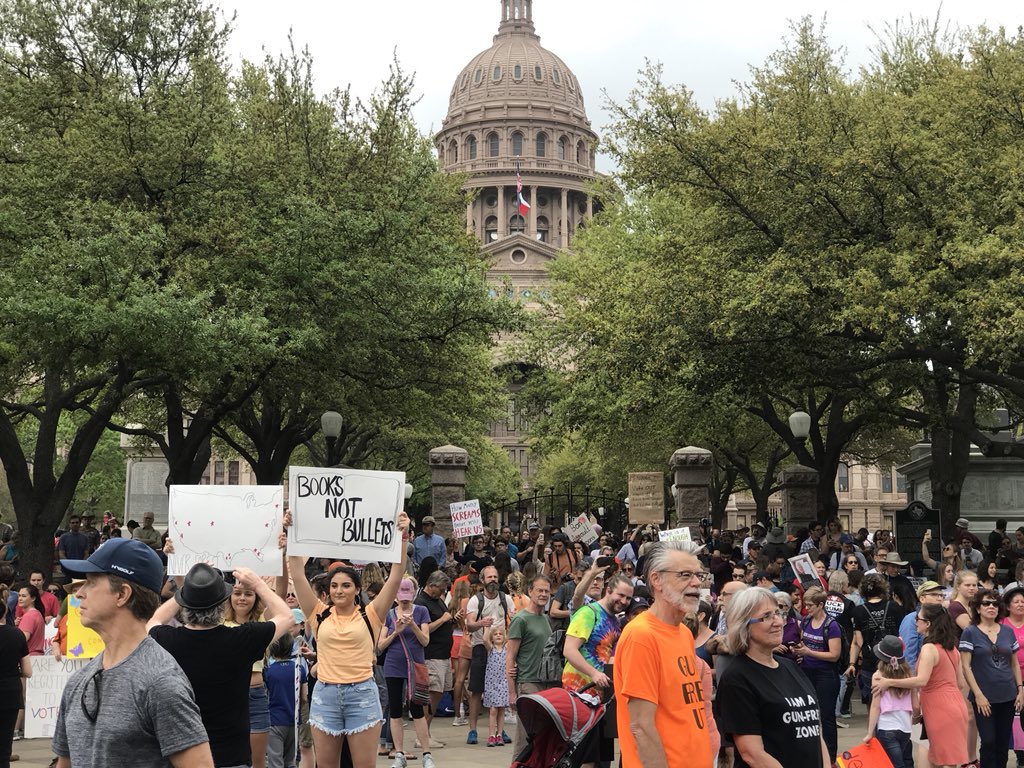 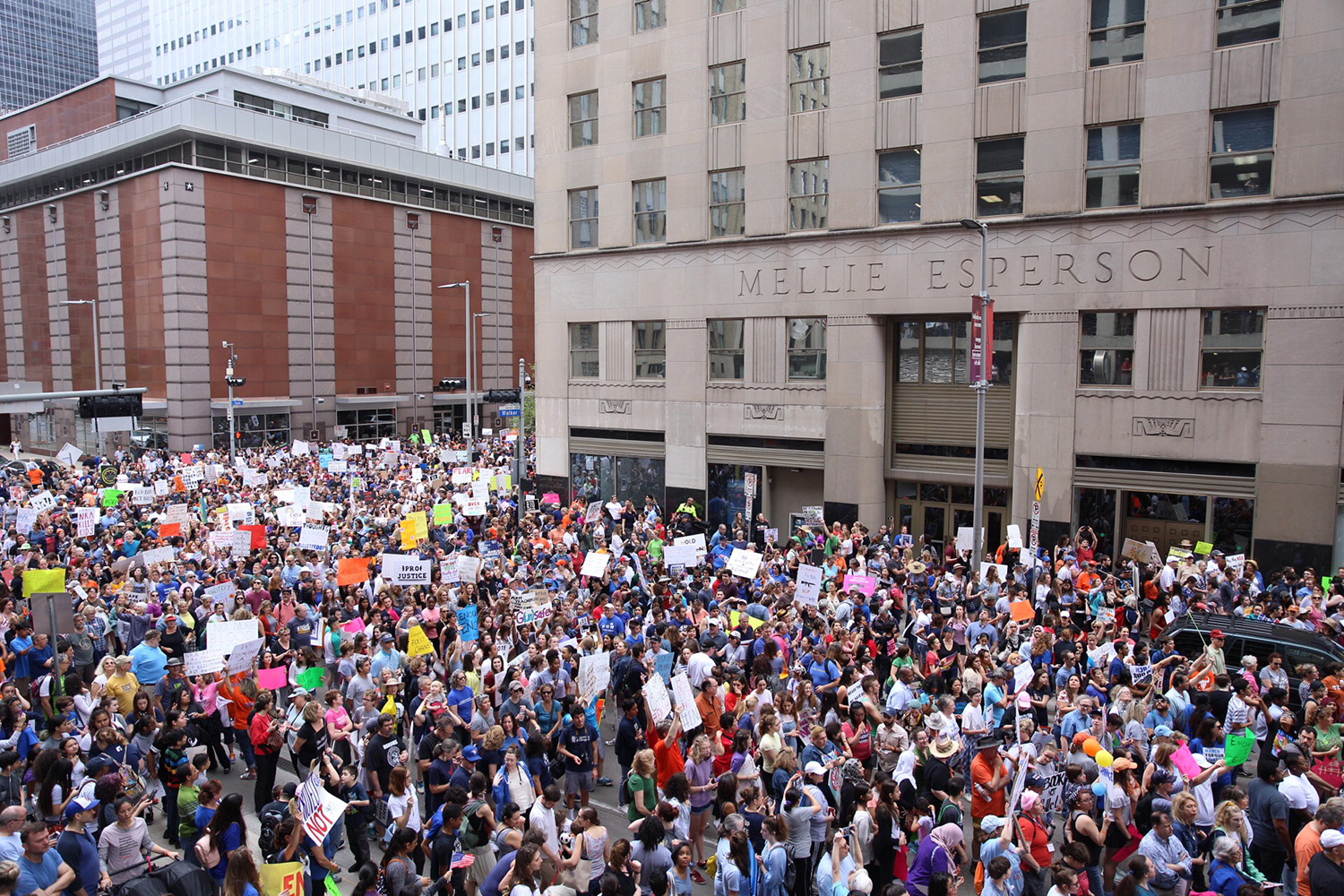 As if the March For Our Lives events weren’t epic enough, Texas Leftist was glad to see some Houston-area high school students begin another impressive movement.  By bringing prominent Democratic and Republican leaders together in ways that political forces have fallen short, the Inaugural Day of Unity Texas is off to a great start.

Stace at Dos Centavos gives his impressions of law enforcement's and the media's portrayal of the Austin bomber.  With a corresponding POV, Progressive.org employs an unfortunate pun to destroy the myth of Austin as the liberal bastion of Texas.

Across social media, especially, a narrative formed that the Austin bombings were another example that media does not cover tragedies in communities of color with the same determination as disasters affecting white communities. “When does a story pick up steam and why -- is it simply because of the volume or because the problem left East Austin,” says Kevin Foster, a professor in the African and African Diaspora Studies department at the University of Texas at Austin, and who is involved in community programs on the east side. “I don’t know the answer, but we need to ask the question. This community is used to institutional neglect and being marginalised.”


Texas attorney general Ken Paxton revealed himself to be entirely clueless about the details of the Austin bomber in multiple media appearances, writes RG Ratcliffe at Texas Monthly.

In his irregular curation of criminal justice stories needing more attention, Scott Henson at Grits for Breakfast blogged about the Fifth Circuit getting benchslapped by the SCOTUS in Ayestas v. Davis.

Both The Intercept and Down With Tyranny wrote about the DCCC's greasy thumb on the scales in Texas Congressional primaries.

Stephen Young at the Dallas Observer names ten Texas celebrities who ought to get into politics, a list that might have been a bit more useful before we voted three weeks ago.

SocraticGadfly offers his thoughts on the lawsuit by Seth Rich's parents.

Neil at All People Had Value made the point that we are facing an authoritarian/Constitutional crisis.

Ted at jobsanger enjoys watching Trump squirm over the Stormy Daniels business, but thinks it's time for the country to move on.

Ahead of the 2020 census, the TexTrib counts the ways Texans are getting more difficult to find and include, which has ramifications from federal funding to redistricting.

Space City Weather explains why a hurricane forecast for 2018 will be a challenge.

In transportation blame-game postings, Jeff Balke at the Houston Press faults negligent drivers for the spate of car crashes with light rail trains in H-Town, and Mean Green Cougar Red takes a long look at the Uber self-driving car that caused the death of a bicyclist.

In another post about closing the barn door after the cows have left the building, Dwight Silverman at Tech Burger shows how to manage your Facebook privacy settings.  Just get off the crack, y'all.

And Harry Hamid writes a story about a friend who became an energy vampire.
Posted by PDiddie at Monday, March 26, 2018

Ted wants us to move on to Hillary 2020, amirite? (and in my editing of the Wrangle, I shall say just that.)

Ted seems to be moving on to Joe Biden. He has a (mostly justifiable) laundry list of things he both criticizes Trump for doing or not doing, as well as offering it as 'what we should be focusing on' instead.

These include Trump's telling of "over 2500 lies" (no documentation for this claim, though I have no reason to doubt it; just seems odd that Ted has counted them all) and the "coddling of Russia and failure to punish them for their attacks on this country's electoral system, power grid, and other systems."

On the one hand he fears John Bolton's appointment means war in the Middle East (I agree). On the other, he seems to want something akin to war with Russia, for whatever they did w/r/t 2016, a somewhat more alarming proposition than Bolton's telling Israel they ought to nuke Iran in a "why don't you and him fight" kinda way.

Ted didn't reference the killing of the former spy in the UK in his catchall, which has resulted in the US and several nations expelling Russian diplomats.

The old boy just doesn't seem to think his grumbles all the way through, or simply edits them within his own bias, which can leave these giggle-worthy contradictions to which he is completely oblivious. Last week it was 'Bernie Sanders is attacking the Democratic Party'.

This is entertaining to me to a significant degree, which is why I work him in to the Wrangle. There is a lot of unfocused rage at Sanders and progressives from the NeoDemocrat quarter, and it's important to me to try to understand where they are coming from, even if I can never agree. This, for example.

Oh, Bolton scares me indeed. Almost as much as some Dems (Ted?) who think BOLTON is soft on Russia.

And, of course, Russia never actually attacked our electric grid, either, as both of us know.