The Texas Progressive Alliance takes alarmed note this morning of the fourth bombing in the minority communities of Austin, and wonders when President Trump might Tweet about them.

Covering his ethnic base, Beto O'Rourke appeared on Bill Maher's HBO show the night before Saint Patrick's Day, and both men agreed that Ted Cruz is a giant asshole.  Relative to that ... 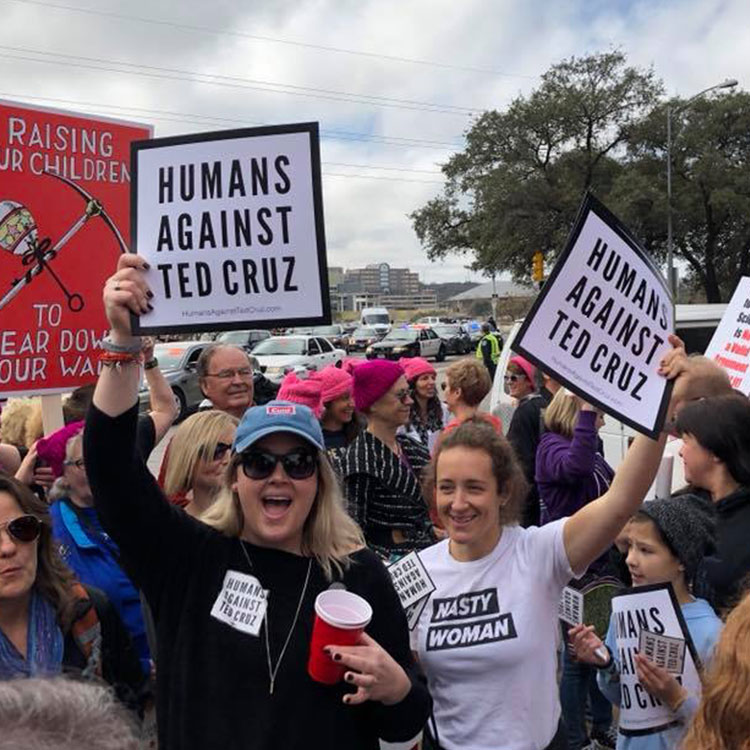 Brains and Eggs completed his analysis of the state legislative and Harris County results, with some predictions for the May runoffs and the November general election.  He also noted the start of the ballot access petition-gathering effort for the Texas Green Party.

Off the Kuff examined the relationship between primary turnout and victory in November, Greg Jefferson at the San Antonio Current reviewed some of the many victories won by women in the primaries, and Bonddad poured a little cold water on Democratic midterm enthusiasm.

The fates of the three Republican incumbents in those races ... won't swing the partisan balance of the chamber. If all three keep their jobs, Republicans will have the majority of seats. Same goes if voters decide to remove all three. If any of the three GOP incumbents loses, however, that could make a dramatic difference in the ability of Lt. Gov. Dan Patrick to set the agenda for the Senate, which he presides over as president.


A Fifth Circuit panel of three judges upheld most of the sanctuary cities law, and RG Ratcliffe at Texas Monthly interprets that as unfavorable for the plaintiffs challenging its legality.

Texas Freedom Network sees that the LGBTQ community -- despite US Supreme Court rulings upholding their freedom to marry -- is still forced to fight the state of Texas for those rights.

A federal lawsuit filed by Ty Clevenger at Lawflog seeks FBJ and DOJ records relating to the murder of DNC employee Seth Rich.

Grits for Breakfast blogs about the culture of cover-up at the TDJC.

After yet another chemical plant explosion, this time in Cresson (outside Fort Worth), Texas Vox wonders again why there is no statewide chemical emergency alert system in place.  It would be as simple as duplicating existing weather or Amber Alerts for missing children/seniors.

With the reported sale of the Austin American-Statesman, SocraticGadfly offers up a game of post-primary Texas mainstream media bingo.

In other media news, San Antonio-based iHeartMedia, once known as Clear Channel Communications before a bewildering swirl of spinoffs and rebranding (but still nominally controlled by the in-laws of Cong. Michael McCaul) declared bankruptcy due to crushing debt and weak radio advertising revenue projections.  Texas Standard reported that their problems began ten years ago, in a leveraged buyout engineered by Bain Capital, of Mitt Romney repute.

The Lewisville City Council is expected to voice support for the Texas Central Railway, the Dallas-to-Houston bullet train project, and other items in its meeting tonight, reports the Texan Journal.

David Collins, an IT guy, blogs about the other IT (inverted totalitarianism).

Gus Bova at the Texas Observer introduces the socialist metalhead stumping for single-payer.

In rare bipartisan agreement, Houstonia notes that the Right and the Left are both up in arms about a puppy that died in an overhead bin on a United Airlines flight.

Leah Binkovitz at the Urban Edge points to a new study out of Houston that suggests that the benefits of homeownership are also ensnared in a discriminatory appraisal process that perpetuates racial inequality.

Houston Justice covered the protest at the Texas Education Association's Austin headquarters of the proposed plans to either privatize or close several of Houston's historic minority high schools, and Raise Your Hand Texas reported from the recent public school finance commission hearing.

As always, Neil at All People Have Value attended the weekly John Cornyn Houston office protest.

And Harry Hamid, at a funeral for a friend, points out that people live on in our stories about them.
Posted by PDiddie at Monday, March 19, 2018