With early voting commencing tomorrow in the country's first November 2108* primary election, the Texas Progressive Alliance's member blogs want you to have all the data you need to make the best decision you can at your polling place. 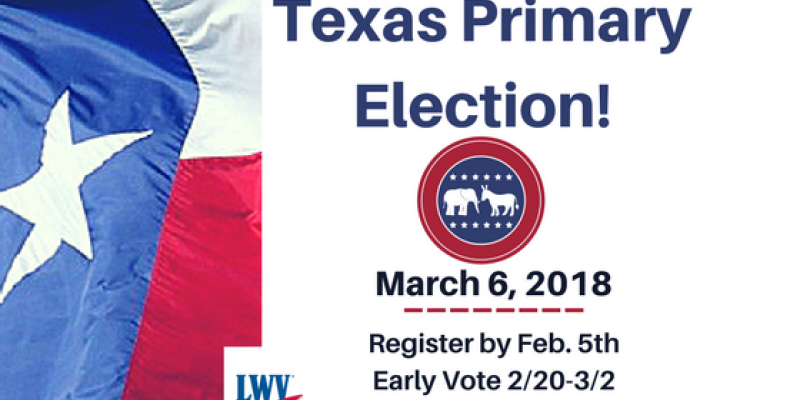 Nancy Pelosi energized Harris County Democrats and Mike Pence revved up Dallas Republicans at each party's respective fundraisers ahead of the GOTV effort for the primaries.

The San Antonio Current offers the city's voters their primary guide.  And Grits for Breakfast is watching DA races in Bexar, Dallas, McLennan, and Smith counties.

The Lewisville Texan Journal covered the Democrats from Highland Village, Flower Mound and Lewisville who met the voters and discussed the issues Saturday at the Barn in Highland Village’s Double Tree Ranch.  The candidates discussed an array of topics, including gun control, the justice system, climate change, and funding.


In the Texas Observer, Michael Barajas covered the social media storm of Texas public education supporters who "blew the whistle" on conservatives trying to engineer some Lone Star-styled voter suppression.  The highly motivated bloc of Democratic voters (teachers and administrators) who've been on the front lines of the Lege's War on Education for the past several sessions made a mockery of the effort. #BlowingTheWhistle Juanita Jean at the World's Most Dangerous Beauty Salon passes along a couple of primary recommendations.

DBC Green picked up on "Bob" O'Rourke's duplicity regarding his promise (videotaped and YouTubed) to debate his primary opponents.  At post time, that doesn't appear to be on his schedule.

Texas Rural Voices conducted an interview with D LG hopeful Mike Collier when he visited Caldwell recently.  The first of that four-parter focuses on education and property taxes.

Off the Kuff questions the assumption that Republicans have the advantage for November in Harris County.  And as with so many other hopeful Democrats, Ted at jobsanger wants to believe that Texas might really be turning blue this year.

SocraticGadfly has some First Amendment and other questions about the Mueller indictments. 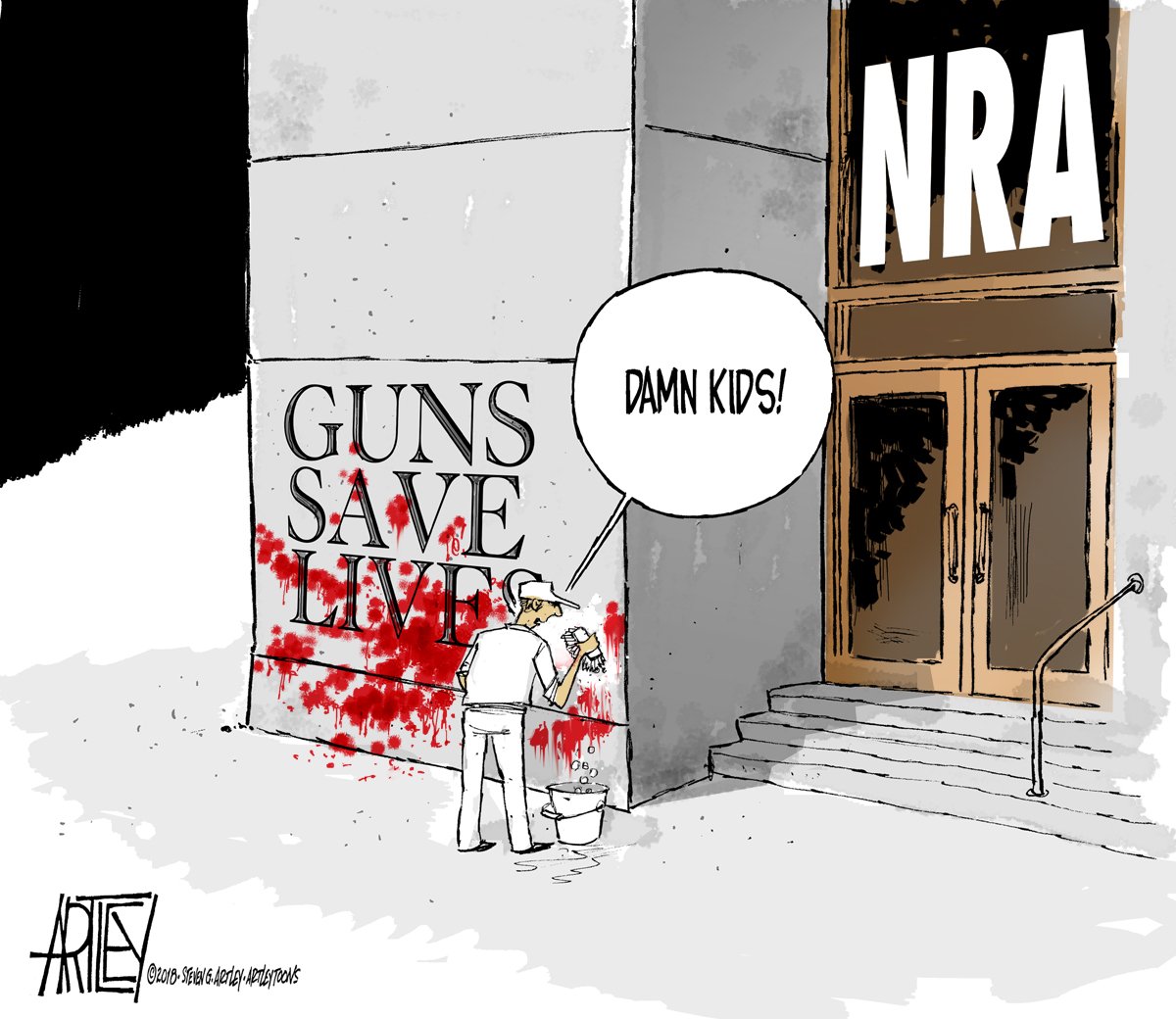 Neil at All People Have Value said school shootings are an intended result of America's gun culture rather than an aberration.  And Brene Brown speaks truth to bullshit on gun reform.

Texas Leftist shares news about the brave students of Houston's Austin High School, who protested the ICE detention of an undocumented classmate just months shy of his graduation.  Is it truly the priority of our federal law enforcement to persecute high school students who have done nothing wrong? #FreeDennis

Texas Vox celebrates the closing of three coal-fired electricity plants in the state.

Jason Pittman and Anita Ledbetter at the Rivard Report explain how Trump's tariffs on solar panels will affect Texans.

Jim Schutze at the Dallas Observer considers AG Ken Paxton as nothing less than an agent of Satan, and considers him representative of the RPT at large.

The Lunch Tray highlights a class difference in how parents treat junk food for their kids.

Stace at Dos Centavos is still sad that RodeoHouston doesn't have any Tejano Music on GoTejano day.  But San Antonio is having one awesome music fest in March with the Tejano Music Awards Fan Fair Weekend.  Because without Tex-Mex culture, politics is pretty boring.

And Texas expat Elise Hu prepares for the Year of the Dog.
Posted by PDiddie at Monday, February 19, 2018

November 2108? Am I missing something?

Just thinking a little farther ahead than usual. =)