The Texas Progressive Alliance is still debating whether it's pronounced "cov-fee-fee" or "cov-fay-fay" as it brings you this week's roundup.

Sometime the cartoonists really nail it. The toon above appeared a couple of days
before CNN had champion Ananya Vinay on and stumped her with Trump's gibberish.

Off the Kuff notes the final passage of Voter ID 2.0, which does not and cannot address the issue of the original bill's discriminatory intent, but will make the Texas GOP feel a little better about itself.

In some good news that came out of the legislative session recently concluded, Texas Vox proclaims the extension of TERP (Texas Emissions Reduction Plan) to 2019 as cause for celebration.

There's a case to be made for Russian involvement in the 2016 election; it's just not a convincing one, according to PDiddie at Brains and Eggs.

SocraticGadfly sees Hillary Clinton's latest blame-passer about the election and wonders, among other things, if some of the latest complaints about sexism couldn't apply to her own comments.

Dos Centavos had a couple of posts wondering why Houston still hasn't signed on to the lawsuit challenging the anti-sanctuary cities law, as several other Texas cities have.

CouldBeTrue of South Texas Chisme shows how Bush presided over the death of the GOP.

jobsanger cites a Media Matters poll showing the corporate media has failed the public on its reporting of climate change.

Neil at All People Have Value does not understand why citizens of Houston litter at Stuebner-Airline Park. APHV is part of NeilAquino.com.

As the Lege concluded its regular session -- and everyone waits with bated breath to see if Greg Abbott will call a special -- here's what made news as state legislators took a break.

A case in Wisconsin could send a powerful message about Dan Patrick's unhealthy obsession with who uses which bathroom, posts RG Ratcliffe at Burkablog.

The Dallas Observer names their best and worst legislators from this past session, and Better Texas Blog complains that the Lege is out of sync with Texas values and needs.

The TSTA Blog lets Matt Rinaldi have it.  And Rep. Cesar Blanco is not going to be silent in the face of bigotry.

Grits for Breakfast asserts that Texas gets more credit than it deserves for reducing the state's prison population rates.

In news beyond Sine Die ...

After 17 years, the racial discrimination lawsuit between EPA and TCEQ over the pollution emitted by Beaumont's Exxon Mobil refinery that has seen a deleterious effect on the adjacent Charlton-Pollard neighborhood has finally been settled.  To a farthing, as reported by Naveena Sadavisam at the Texas Observer.  (Ed. note: I blogged about one of the public hearings regarding the circumstances involving this lawsuit in 2005.) Space City Weather gives a primer on when to avoid breathing in Houston.

As Alamo City residents begin voting in their municipal elections, Robert Rivard notices that a majority of San Antonio city council members have taken a stand against incumbent mayor Ivy Taylor with regard to suing the state of Texas over the 'anti-sanctuary cities' law.

Trump loyalty played a part in the election over the weekend of a new Texas Republican Party state chairman, and First Reading gave us a peek at the politicking that saw James Dickey prevail over Rick Figueroa by a single vote.

Everybody really is moving to Houston, if you measure it by the reports from U-Haul, says CultureMap Houston.  And The Urban Edge writes that millennials are flocking to the Bayou City's suburbs. 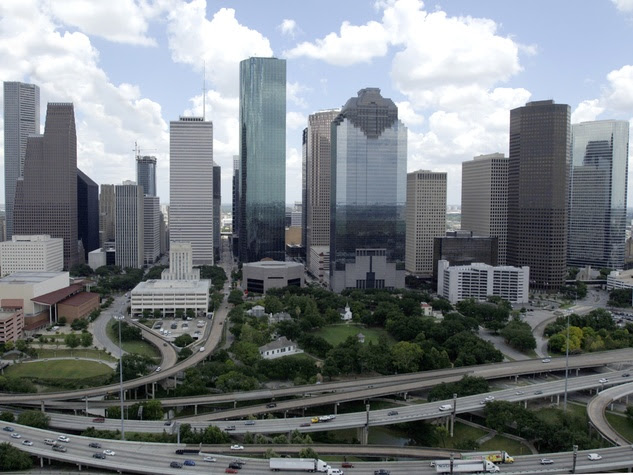 Harry Targ at The Rag Blog writes about neoliberalism, resistance, and a left that yearns to grow.

And when in doubt, Harry Hamid quotes Eugene V. Debs.
Posted by PDiddie at Monday, June 05, 2017

Is Space City Weather also passing out floodplain maps, esp for all the newcomers?

And, re that and comments by former Her Honor Parker, it's interesting that Chi-town is No. 2 on U-haul destination spots. Houston has a growing ways to go.