The slain soldiers at Fort Hood add a greater degree of self-reflection on the sacrifice our veterans make today. 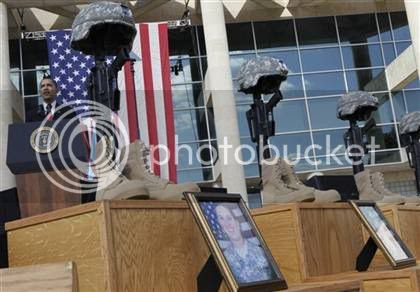 An Army major trained in psychiatry -- a counselor to wounded veterans returning from battle -- who didn't want to deploy to the battle zone instead turned his weapons on his fellow soldiers. 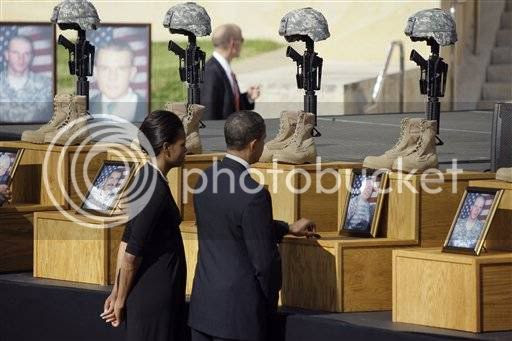 The tragedy won't ever make any sense, and particularly so if it gets attributed merely to religious motivation or racial profiling or military superiors missing the clues. 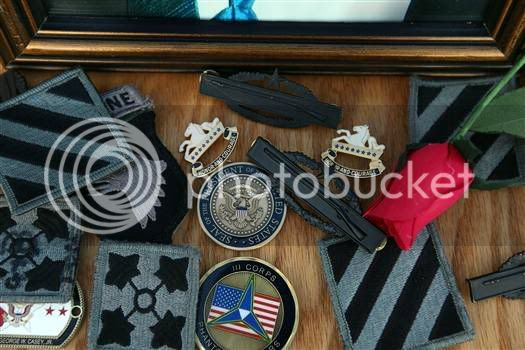 As a nation, we must do better at taking care of our soldiers.

With the marking this week of the twentieth anniversary of the fall of the Berlin Wall, it might be wise to note that event occurred without shots being fired between combatants. Would that we see future conflicts evolve from bullets and bombs to the will of peaceful people declaring the end themselves.

A brief history of how we came to celebrate this day:

On the 11th hour of the 11th day of the 11th month of 1918, an armistice, or temporary cessation of hostilities, was declared between the Allied nations and Germany in the First World War, then known as "the Great War." Commemorated as Armistice Day beginning the following year, November 11th became a legal federal holiday in the United States in 1938. In the aftermath of World War II and the Korean War, Armistice Day became Veterans Day, a holiday dedicated to American veterans of all wars.

And the commemoration taking place this morning in Washington:

A patriotic ceremony honoring America’s military members and Veterans is scheduled for Wednesday, November 11, 2009, at 11:00 a.m. in Arlington National Cemetery. A wreath-laying ceremony will take place at the Tomb of the Unknowns, followed by a ceremony in the Memorial Amphitheater, adjacent to the Tomb. The event will commence with a prelude concert by the United States Air Force Concert Band & Singing Sergeants at 10:30 a.m., inside the amphitheater.

The 11th Annual Houston Salutes American Heroes Veterans Day Commemoration and Parade will be held on Wednesday, November 11, 2009 in downtown Houston. The Houston VA National Cemetery, in conjunction with the City of Houston, is proud to continue the tradition of honoring the brave men and women who have risked their lives for our great nation. This year’s theme is “Answering the Call to Defend Freedom.”

A Commemoration Ceremony will take place from 10 a.m. to 11 a.m. at Hermann Square in front of City Hall, downtown Houston, 901 Bagby Street. A Parade of Heroes will follow at 11:45 a.m. and begin at Smith and Texas, proceed down Smith to Lamar, right on Lamar and conclude at Bagby Street.

This year, the ceremony keynote speaker is U.S. Army Chief Warrant Officer Five Candis Martin. Chief Martin is an Iraq War veteran, having served in theater from August 2005 to July 2006, where she was appointed as the Theatre Property Book Officer, and was accountable for the largest property book in the history of the Army. Today, she is assigned as the Quartermaster Proponent Warrant Officer in the Office of the Quartermaster General, at Fort Lee, Virginia. Chief Martin has been awarded the Bronze Star Service Medal, the Meritorious Service Medal with two oak leaf clusters, the Iraq Campaign Medal, and Global War on Terrorism Service Medal, and the Global War on Terrorism Expeditionary Medal. She is married to Sergeant Major (Retired) Edmund Martin and they have four children. Their son, Tom, a 2005 graduate of the U.S. Military Academy, was killed in Iraq in October 2007.

Here's a listing of other Veterans' Day events around Texas today.

Say thanks to a veteran today, for their service and their sacrifice.
Posted by PDiddie at Wednesday, November 11, 2009